VETERAN trainer Harold Hovi goes into Friday's Townsville Cup heats (498m) with two of the hottest chances but is reluctant to "get ahead of himself". 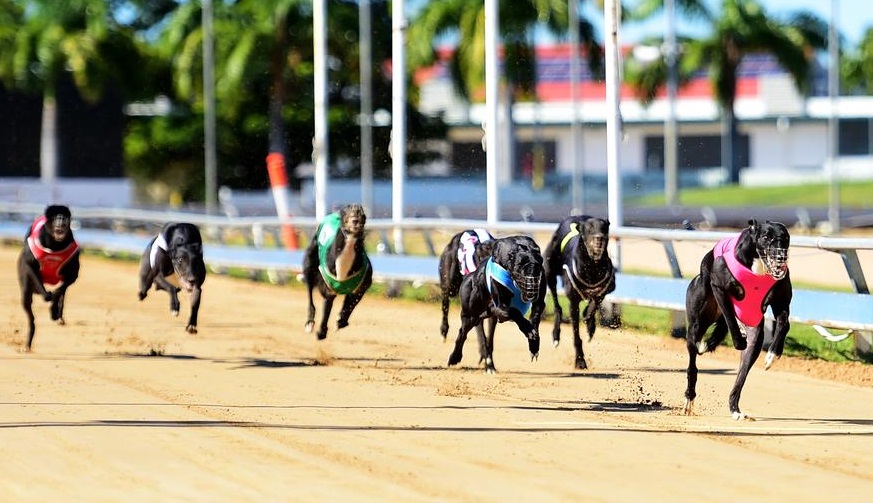 VETERAN trainer Harold Hovi goes into Friday afternoon’s Group 3 Townsville Cup heats (498m) with two of the hottest chances but is reluctant to “get ahead of himself”.

Hovi owns and trains Excuse Me Jack (My Redeemer-Fancy Dancer) the winner of 11 of his 13 race starts which has come up with box three in the last of four Cup heats.

Harold also has On A High (Collision-Punk Star Lass) drawn the five in the second Cup heat but coming off six wins from eight starts in Townsville all but one over 498m.

He naturally rates Excuse Me Jack the best of his Cup pair.

“He’s going to take some beating,” said Hovi of the youngster which will not turn two until late in September.

He has scorched to four wins from five starts since stepping up to 498m and has a best of 28.52 for the distance, second only to track specialist Stratford with a 28.48.

“I gave him a couple of trials over the distance before racing him just to make sure he was comfortable with it and to make sure he would go past the catching pen the first time around,” he said.

“He’s doing everything right since going up in distance.”

Hovi knocked back huge offers for Excuse Me Jack and his litter brother, Redemption Day, not long after they started racing.

“Nothing was going to be enough to buy those dogs,” said Harold. “We bought them to race.”

Redemption Day has raced seven times for six wins but was tragically torn up in the catching pen after he made his 498m debut for a sensational 28.42 (track record 28.33) back on August 3.

“Most of the injury has healed, but he still will not race for a couple of months until it is fully right,” said Harold. “He is a better 498 metre dog than Excuse Me Jack.”

Hovi made the Cup final last year with Gascoigne which was unplaced behind Hara’s Panda.

“We thought he was a good chance in the Cup Consolation,” Harold said. “But he came out well, got into second and that’s where he stayed in the heat. It got him into the final.”

Hovi paid just $5000 for On A High from Victoria and says the “reasonably cheap buy” is a fabulous “second stringer” for the Cup.

“He enjoys his work up here and has already won in 28.68 over the distance.”

Excuse Me Jack’s best 498m form has been from wide draws but Hovi expects the dog to be suited by the three box on Friday.