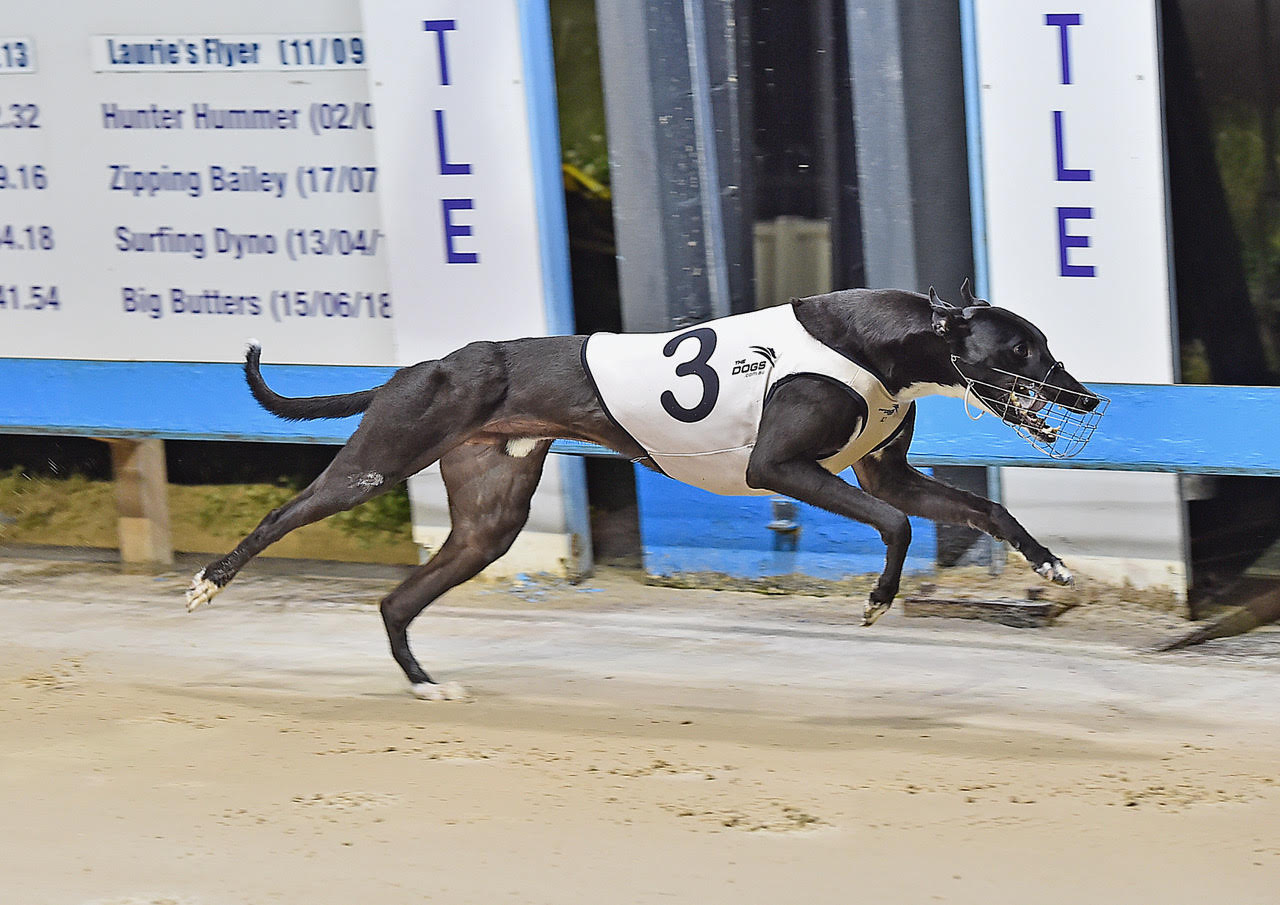 The husband and wife training duo were sizing up their first Million Dollar Chase assault with the prolific 28-time winner which won his way through to the semi-finals with victory in the Gunnedah regional qualifier earlier this month.

“We gave him his final hit-out up Appin on the weekend and he absolutely flew but when he got home I could tell all wasn’t right.

“His gate was off and when I went over him he’d injured a pin muscle with fluid up into the deltoid.

Casual Glance has fended off Fernando Hunter to take out tonight's Gunnedah regional final of the @tabcomau #MDC in a time of 30.39.

“There was a slight chance we could have pushed on but like all trainers our dogs’ welfare comes first so he’ll be staying at home. It truly is heartbreaking.”

Adding insult to injury was the fact Casual Glance had drawn the prized rails alley (box one) for Friday night’s opening semi-final. He was a $7 chance to progress to the following week’s $1m-to-the-winner finale.

“We’d been crying out for a decent draw in town and now we’ve got to hand it up,” Lill added.

“But that’s racing and these things happen. The poor wife (Michelle) has been pretty upset and that hasn’t made it any easier but we’ll push on. We’ll get him right and be back bigger and better. Good luck to everyone there on Friday night.”

In positive news emanating from the Lills Greta kennels, super sprinter More Sauce is on the comeback trail from injury.

“We are getting him set for The Thunderbolt at Grafton,” Lill said.

“He’s coming back from a tear in the back muscle really nicely, very happy with him. We’ll look to give him a couple of starts before the series starts I’d say.”