LARA trainer Ashlee Terry is confident of a strong showing by Warragul Cup favourite Hennessey when he takes his place in Friday night’s final. 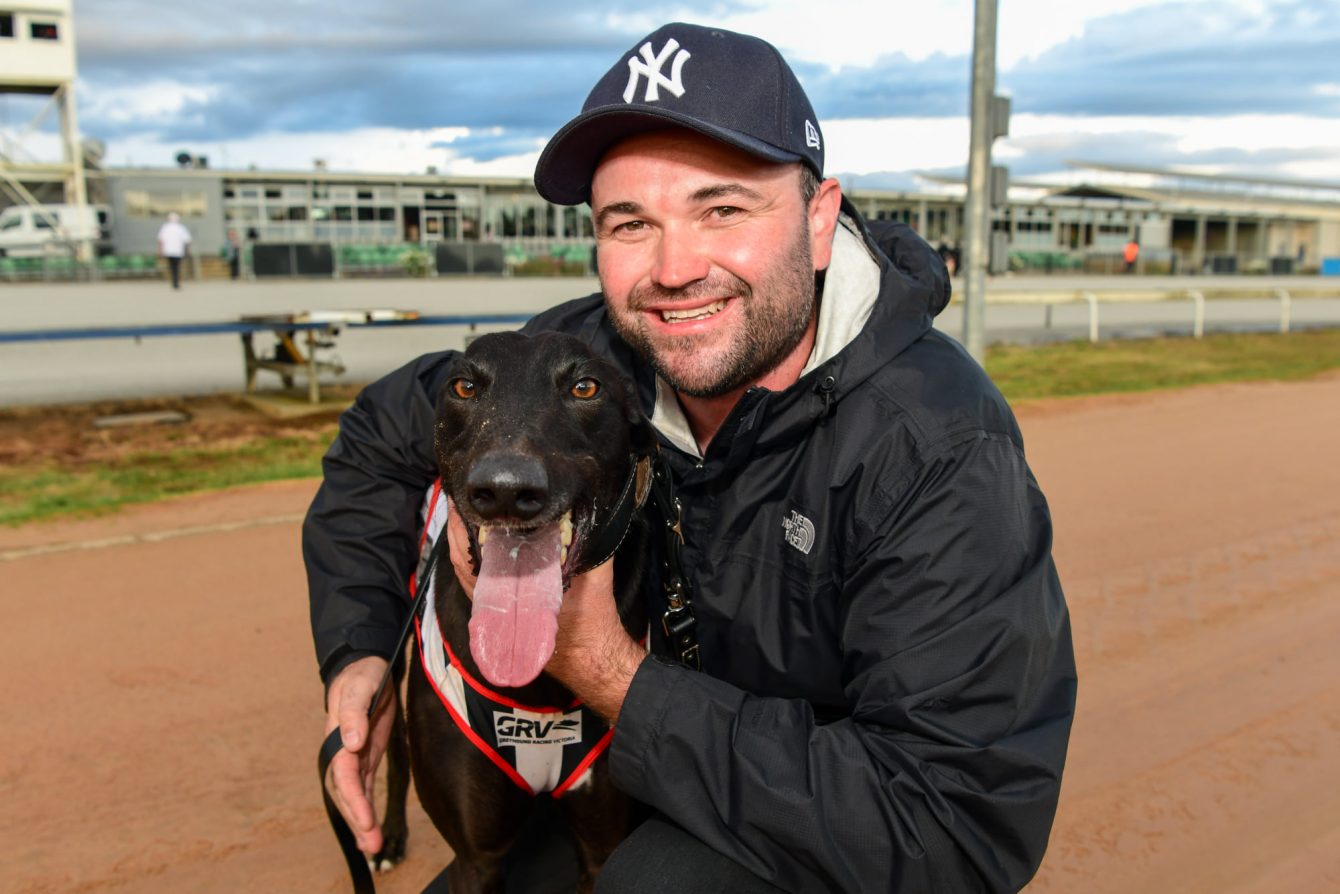 LARA trainer Ashlee Terry is confident of a strong showing by Warragul Cup favourite Hennessey when he takes his place in Friday night’s $47,000 to-the-winner final.

Hennessey is the fastest qualifier for the group 2 event and has been installed the $2.80 favourite after drawing box two, the same box which he defeated a quality field from in his heat.

“When I first looked at the heat I was like, ‘damn that’s a good heat’, but then I thought you know what, if he’s going to win the final he’s going to have to beat dogs of that quality,” said Terry in the lead up to Friday night’s final.

“He began well the other night, but he has missed the start a couple of times and found himself in trouble. I hope he begins, he has a great turn of foot and hasn’t got any fear, but there are a few dogs that have a lot of early speed and their overall times are very similar.

“We are very happy with where we’re drawn but anything can happen.” 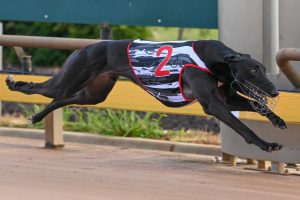 Hennessey entered the Warragul Cup series as one of the form greyhounds in Victoria. The son of Barcia Bale won eight consecutive races between October and December, five of which were in the fastest time of the night.

Among those wins were the group 3 Provincial Plate at Sandown Park on Melbourne Cup night and the Goldfields Cup final at Ballarat before his streak came to an end when fishing behind eventual Silver Chief winner Zippy Tesla at The Meadows.

Each of those wins were achieved from squeeze boxes and Terry believes that the experience gained against quality opposition, coupled with a favourable box, will hold her charge in good stead for the final.

“He definitely wants inside. Early days he used to crash pretty bad and sometimes miss the start – just immaturity – but he’s been in some better quality races now and gained a lot of experience.

“I think he’ll compete really well. Whether or not he wins I don’t know but he will be very competitive.”

Hennessey began his career racing in New South Wales before being sent to Terry by owner Shane Pulbrook in January 2021.

Pulbrook had previously sent Out Of Sprite to Terry for the 2020 Healesville Cup, but Covid – and Terry’s pregnancy – means that Friday night will be the first time they have a had a chance to meet.

“When we had Out Of Sprite Covid was going on so he couldn’t come for the Healesville Cup final, and when we made the Goulburn Cup final (Terry’s partner Nathan Rooney) went because I was eight months pregnant and Nath wouldn’t let me drive the eight hours or so. It’ll be good to finally meet him!”

The Warragul Cup will be run 9.27pm on Friday 14 January.