KANE Heuston reckoned his first Wentworth Park winner was his highlight until he landed the quinella in his hometown Kempsey Cup on Saturday. 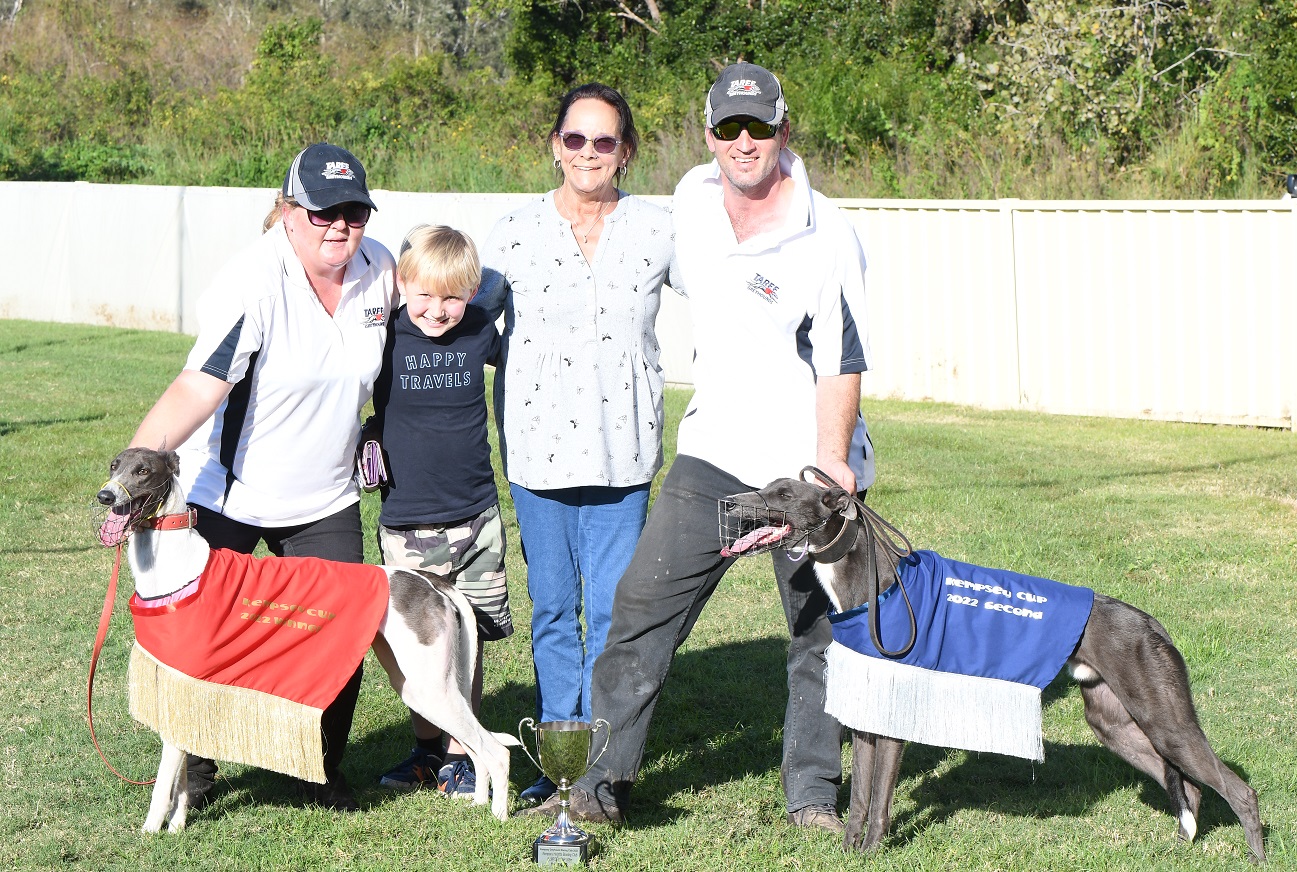 HOBBY trainer Kane Heuston reckoned his first Wentworth Park winner 10 years ago was his highlight in greyhound racing until he landed the quinella in his hometown Kempsey Cup final on Saturday.

Kane won with Emmy’s Me Mum (Fernando Bale-Miss Emmy Rose) which scored by a head over litter brother and kennelmate Tool Time Tommy, with hot favourite History just a head away in third.

“It’s pretty cool,” is how Kane described the Cup quinella.

“I thought my first Wenty winner with Big Whacko, a giveaway, was my greatest thrill in greyhound racing but this tops it for sure. Absolutely.”

What made the victory even sweeter was the fact the winner, a giveaway, was handled by Kane’s partner Sally.

“I handled Tommy but couldn’t get a catcher in time so I had to rush around to the catching pen,” said Kane. “I didn’t even know who had won the race.”

Kane is a hobby trainer and has been for the past 18 years since moving back from Sydney after a work injury.

“I got hit in the chest by an excavator which damaged my neck and back,” he said. “I tried to keep working but my neck got worse so I headed back home.”

He trains out of a property at Deep Creek just outside Kempsey where he and Sally have eight in work.

“I reared this litter for their breeder Paul Bunyan,” said Kane.

They are bred identically to Melbourne Cup winner Koblenz by Fernando Bale.

Their dam Miss Emmy Rose is a litter sister to champion Up Hill Jill.

“We got them at six months to rear and I was given Tool Time Tommy by Paul,” said Kane.

“After the others got broken in, they headed to Grafton to be trained and eventually Paul offered me Emmy’s My Mum as a giveaway.”

Kane also has a bitch from the litter called Cleo’s Compass.

“She was injured as a pup but in an attempt to get her to the track we trialled her at Kempsey and she flew,” said Kane. “But she could not stand up so we bred a litter by Mepunga Blazer out of her.

“The four dogs and four bitches are five months old and for sale at $3500.”

Immediate plans for the Cup quinella pair are undecided.

“I’ll put Tommy in at The Gardens and Emmy will have a week off before I decide where to take her,” said Kane.

Kane and Sally are buoyed by the Kempsey Cup success.