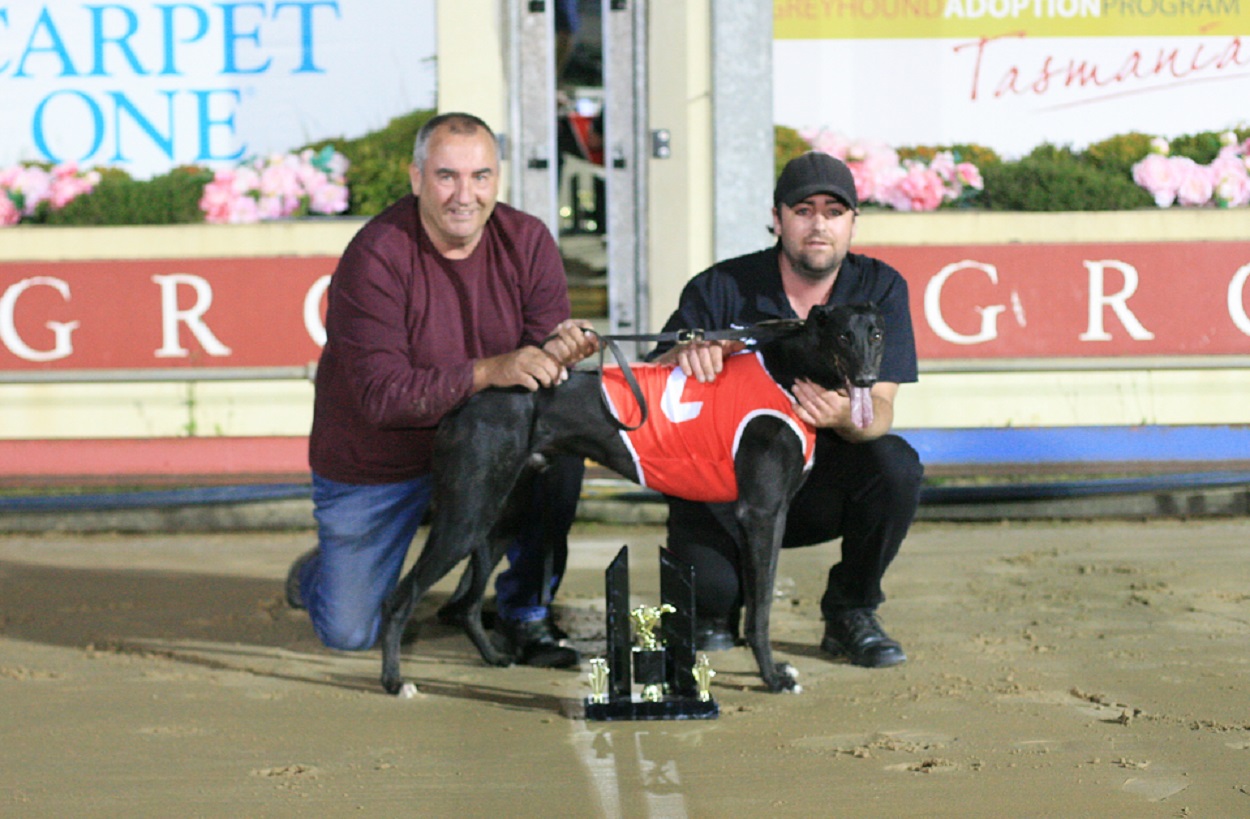 While slowly away, Hey Dougie gained a dream rails run from the inside box, settling midfield when heading out of the home straight chasing after race leader Don’t Start Now which had established a handy break.

Approaching the home bend, Hey Dougie, a son of Fernando Bale and Stayers Inn, dug deep to reel in Don’t Start Now which faded to third on the line.

Always Baroque, a littermate to the winner, flashed home to finish second.

Hey Dougie, raced by the Gold Nugget Syndicate, notched up his second career win to score in 30.28.

For Josh and partner Katie Grubb it was their second victory as breeders while also producing a quinella in the final.

“A real gutsy effort, I personally thought he was out of contention,” trainer Josh Wright said about Hey Dougie.

“His last few runs has shown he is becoming a handy chaser for our kennel and continues to improve.”

Josh Wright, who has held a trainers’ licence for six years in Tasmania, was fortunate a few years back to strike up a breeding deal with prominent New South Wales-based owner John Tindall, in return he received Stayers Inn.

The first litter by Fabregas resulted in Fabulous Baroque, a winner of 25 races, taking out the 2019 Hobart Breeders Classic.

“It’s a real family affair and I can’t thank my dad John (Wright) and father in-law Robin Grubb for their great help and support, just in the last few months we’ve all gone into partnership racing dogs and it’s going great,” said Josh.

“I love breeding pups and I’m grateful for John (Tindall) for giving me the opportunity to breed with his bloodline.”

So far the Fernando Bale – Stayers Inn litter have won 12 races combined with plenty more along the way given time.

“They’ve been a nice litter and Hey Dougie has progressed along; hopefully he has a few more wins yet,” Josh said.