High Five For Brewer At Bathurst

IT took Ricky Brewer 3 1/2 hours to get home last night from Bathurst to his new kennels at Bargo but he admits it was the easiest drive he's had. 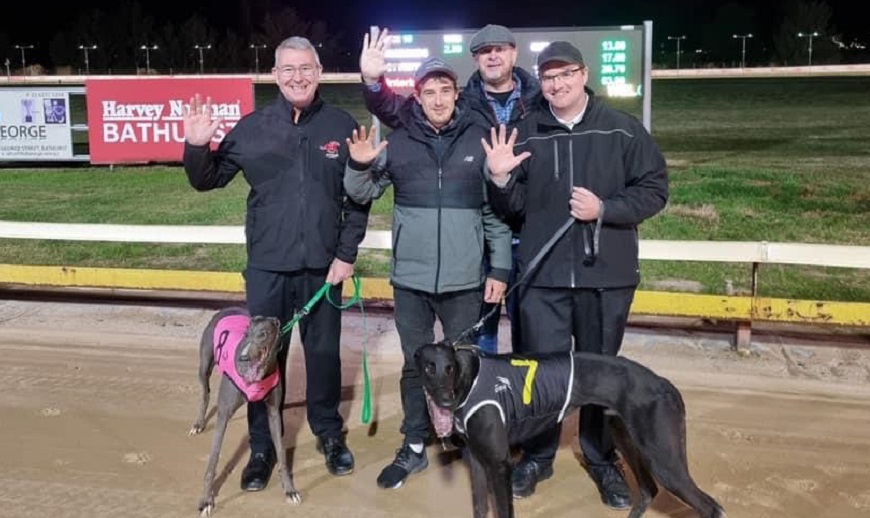 IT took Ricky Brewer three and a half hours to get home last night from Bathurst to his new kennels at Bargo but he admits it was the easiest drive he’s had.

“We expected Snipes to win – if he came out,” said Ricky.

“Prancing Diva is due for a spell, but she was a class above those she was in against.

“Her Destiny trialled well, even better than she won in. And we have always had a big opinion of Urana Meat Loaf.”

Brewer has only moved into his Bargo kennels permanently in the past week.

“I have been full-time training for the past 18 months and the kennel had a big year last year and we have started off even better this year,” he said.

He has 24 dogs in training and 40 on the property counting pups.

“We’ve put together a great team around us and some wonderful owners who are supporting us big time,” said Ricky.

“All credit to my wife Caitlyn who does so much work around the property, but also to Glen Quirk and our race day strapper Brian O’Neill.”

Ricky was dragged into greyhound racing as a 15-year-old by his brother but has not been without a dog since.

“We do a lot of travelling and are always looking for city class dogs,” he said.

“We have a couple coming soon which will help.”

He believes Urana Meat Loaf could be city class if he holds up to racing.

“He trialled very fast as a pup at Richmond and then won at Bulli in 22.46 so we had high hopes for him,” said Ricky.

“But he dislocated a toe and we had to get it removed. He has taken a long time to get him right.

“He went good at Bathurst last week first-up and backed that up with his win last night.

“He’s getting a bit of age on him already but we’ve always had a big opinion of him.”

Prancing Diva has been a good money spinner for the kennel.

“She was due for a spell, but she had a bit on those against her last night,” he said of the winner of 12 races.