Honey To Cap Off Meteoric Rise In Country Classic 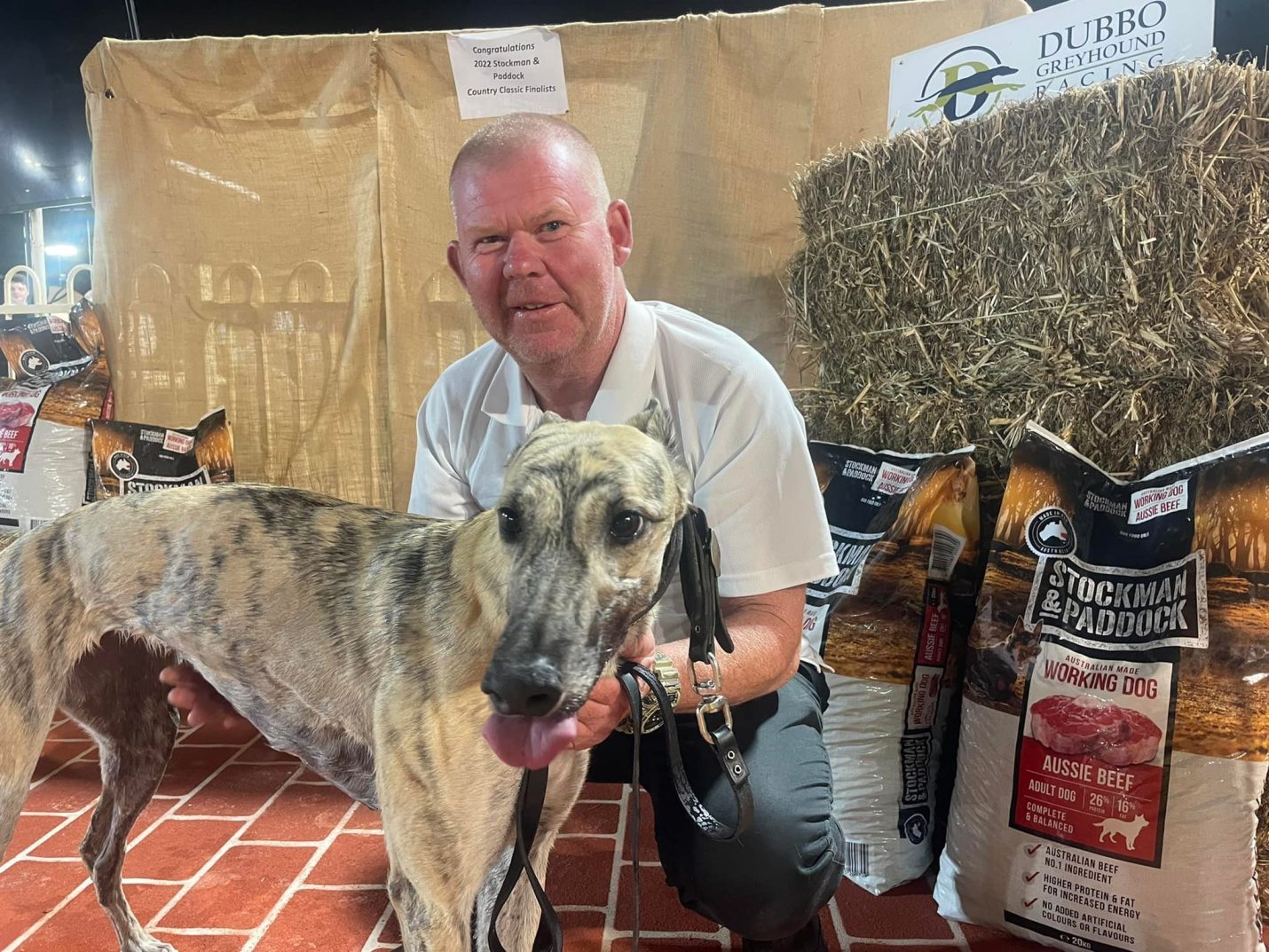 The time was the quickest of the four semi-finals, leaving Hardman confident that his always improving bitch can give the $125,000-to-the-winner decider a decent nudge, despite a less than ideal box draw of seven.

Chase Me Honey has held off Zipping Kyrgios in Stockman & Paddock #CountryClassic Semi Final 3 at Dubbo tonight, clocking the fastest time so far – 34.58!

“That’s the concern, the box draw; it means we are going there more hopeful than confident,” Hardman said.

“If she begins like she has been and finds the front then she’s right in the race but it’s going to be hard to get across from out there in seven.

“She’ll really need to nail it; if she does then we are in the race.”

In recent months, Chase Me Honey has elevated herself to one of New South Wales’ best performed bitches after rather humble beginnings.

Her last nine appearances has netted five wins and four placings, including in that sequence a close up third behind Jungle Deuce and Wow in the Group 1 Paws Of Thunder at Wentworth Park.

“This bitch is the perfect example as to what time and patience can do – especially with Fernando Bale bitches,” Hardman said.

“Before she started racing I sold her to some of my main owners thinking she’d measure up to be a nice, honest fifth grade bitch in town.

“But it was one day at Bathurst when she finished fourth in a good race that I thought she’d keep improving and measure up to better company and she has.

“The more time and experience she’s had the more she’s improved. She’s just grown a leg which they can do with the opportunity. I’ve never had one improve like she has.”

Whatever the result in Saturday night’s blockbuster Country Classic Final (605m) at Dubbo, Hardman is just happy to be a part of the inaugural running of the event.

“Full credit to GRNSW for taking this race to Dubbo,” Hardman said.

“The club has done a fantastic job promoting it and to see such a big crowd at the semi-finals on the weekend was great. I’ve told my owners to bring their deck chairs this Saturday night because I can’t imagine how big the crowd will be.

“But whatever the result I’m just looking forward to being there for it. It’s a big occasion and great for greyhound racing in the area.”

With $98,755 in prize money banked from a 42 start career which has netted 16 wins and 12 placings, Chase Me Honey’s stakes tally will more than double if successful on Saturday night.

And to scoop victory, Hardman has declared the Jason Thompson-trained Immunity, a semi-final winner in 34.83, as the hardest to beat.

“She (Immunity) got lost in her semi-final win and will be a lot better for the run at the track,” Hardman said.

“To win we’ll need to clear her early to give us a chance. But it’s a great race with plenty of top chances and we are just looking forward to what will be a great night.

“And I couldn’t be happier with the bitch. She’s in great order.”