JESS Hopkins is gearing up for the biggest race of her career when Panama Canal lines up in the $110,000 Pink Diamond Sprinter Final. 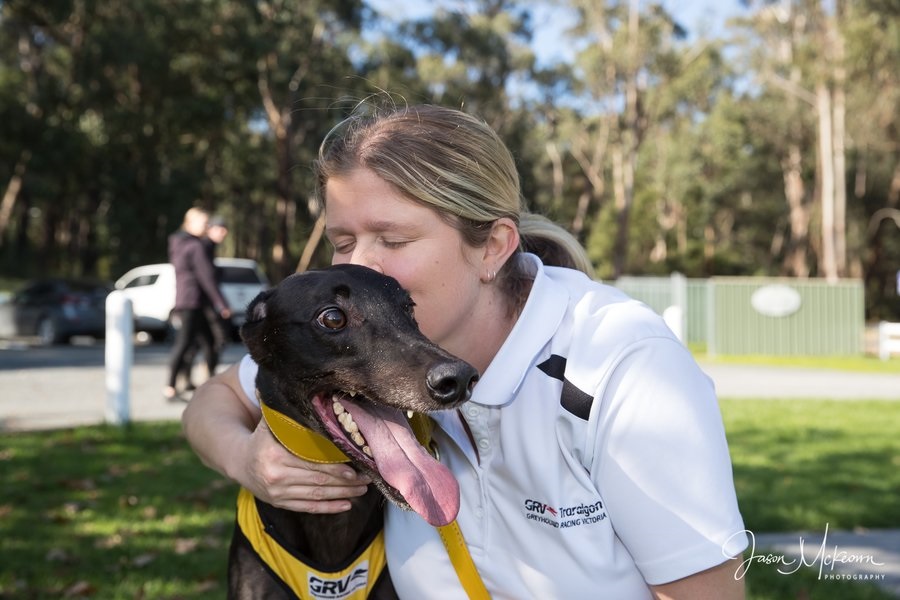 JESS Hopkins is gearing up for the biggest race of her training career when Panama Canal lines up in the $110,000 Pink Diamond Champion Sprinter Final at Ballarat on Friday night.

An achilles injury meant it wasn’t until February this year that he made his debut for his new conditioner, however the wait was well worth it as the son of US sire Superior Panama reeled off 10 consecutive wins.

The remarkable winning streak came to an end in last week’s Pink Diamond heat at Shepparton when country cups king Ferdinand Boy nabbed him in the shadows of the post but still progressed t the final and completing a four month plan by Hopkins to contest the rich final.

“Pretty much since his second start for me up at Healesville the plan has been the Pink Diamond Champion Sprinter, so we made it,” said Hopkins.

Amazingly, all 10 wins in Hopkins’ care came in the fastest time of the night as he progressed from mixed 6/7 class to group company. But it was his performance when beaten in the heat that most impressed Hopkins.

Known for his brilliant acceleration at box rise, Panama Canal missed the start a length and was involved in a bumping dual before forging to the lead through the first turn.

“Because it was such a good run – it took a champion to beat him – the pressure is off in that way. It was 10 in a row for me, but I certainly wasn’t disappointed, it’s more relief.

“It’s fine to run times on his own or in easier class, but for him to show he can compete against dogs like Ferdinand Boy and Idolize and cop a bit of trouble and still run second, he’s done a good job.

“He’s shown it now, I’ve got no fear about putting him in any group race in the future.”

Hopkins has always had a ‘handy’ dog in her kennel, but believes Panama Canal is the best she has prepared.

“People still haven’t seen the best of Alfie Moon – he’s pretty good but hasn’t shown it yet – but obviously Panama has ridiculous speed once he hits the ground.

“In his trial at Shepparton he went 10.97 to the second mark and I think they said he’s the only dog to break 11.

“Once he hits the ground he just goes bang and he doesn’t look like he’s going that quick, that’s what makes it so good. You watch him and you don’t realise that he’s putting that time on the board.”

Panama Canal opened the $3.60 second favourite with TAB behind Ferdinand Boy ($2.20). Hopkins believes Ferdinand Boy is clearly the dog to beat, she is hopeful that Panama Canal – ‘Bananas’ as he’s known at home – can land in front and give them something to chase. Regardless of what happens, she is going to enjoy the experience.

“It’s hard with him (Ferdinand Boy) – it doesn’t matter what he draws – but especially when he draws the red. But there’s seven good dogs in it, it’s not just him we have to beat.

“(But) it is exciting. I’m not a nervous person really, but maybe sitting there before the race once they’re kennelled I get a bit nervous but once the dog’s out, there’s no nerves at all. He relaxes you, he’s such a happy chappy. He knows what he’s there for, as soon as you get him out he has a bit of strut on him.

“Hopefully if he stays sound, he could be a life changer. But you can’t get too far ahead of yourself, you just have to enjoy every run.”