BY the time Group 2 Horsham Cup winner Typhoon Sammy had gone 10m past the winning post, Jason Thompson was on the phone to John Dart. 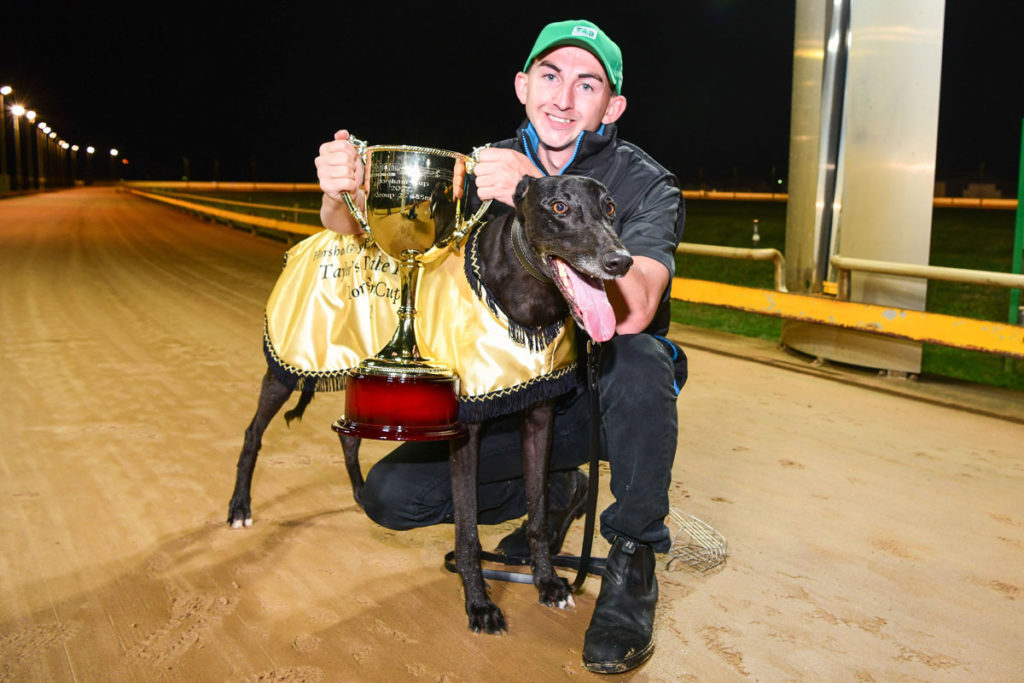 BY the time Group 2 Horsham Cup winner Typhoon Sammy had gone 10 metres past the winning post, champion trainer Jason Thompson was on the phone to John Dart.

John and Glenda Dart have been through “the wars” in the past week when flooding of their Murwillumbah property on the Northern Rivers of NSW hit them once again.

By Friday they had settled into a greyhound property at Churchable with their 17-dog kennel and finally got the chance to think about watching their dog Typhoon Sammy in the Horsham Cup final.

“We didn’t have a TV so we had to put Glenda’s phone on the car and watch the race that way,” said John.

“They had not gone 10 metres past the post and Jason was ringing. It immediately cut out the video of the race.”

Jason knew the gravity of the Dart situation and was only too happy to be able to provide a a grand moment of success.

CHIP OFF THE OLD BLOCK

“I’ve never known Jason to be so confident,” said John. “He rang after the box draw when he came up with the eight and said he was a certainty.

“No, I didn’t back him. I’ve had enough of flood water trying to knock me down. And besides, the Horsham Cup is worth $47,000 to the winner.”

Typhoon Sammy has now won two Victorian provincial Cups, after the Traralgon Cup victory earlier in the year, and is on target for a $50,000 bonus.

“He has six goes to win the bonus,” said Dart. “The Shepparton, Geelong and Warrnambool Cups are coming up, and later in the year there is Healesville, Ballarat and Bendigo. He only has to win one more to get the bonus.”

Ferdinand Boy won the bonus in 2021 with wins in the Shepparton, Ballarat and Healesville Cups.

“And to think last year I was trying to sell him,” said Dart.

TYPHOON SAMMY (8) burned early from the outside and proved too strong in the $47,000 to-the-winner Group 2 #HorshamCup Final (485m) in 27.206 seconds for trainer Jason Thompson.

“I was offered big money for my bitch Pay Call but was keen to keep her to bred with,” he said.

“Jason pointed out that Ronan Izmir was a country cups king and earned $250,000 from doing that.”

Typhoon Sammy led throughout to win the Horsham Cup (485m) scoring by three lengths over Americano Miss and Lots Of Chatter.