His sire West On Augie was a supreme race dog and on Saturday Throttle edged ahead on Cannington’s all-time list of fastest wins at the venue. 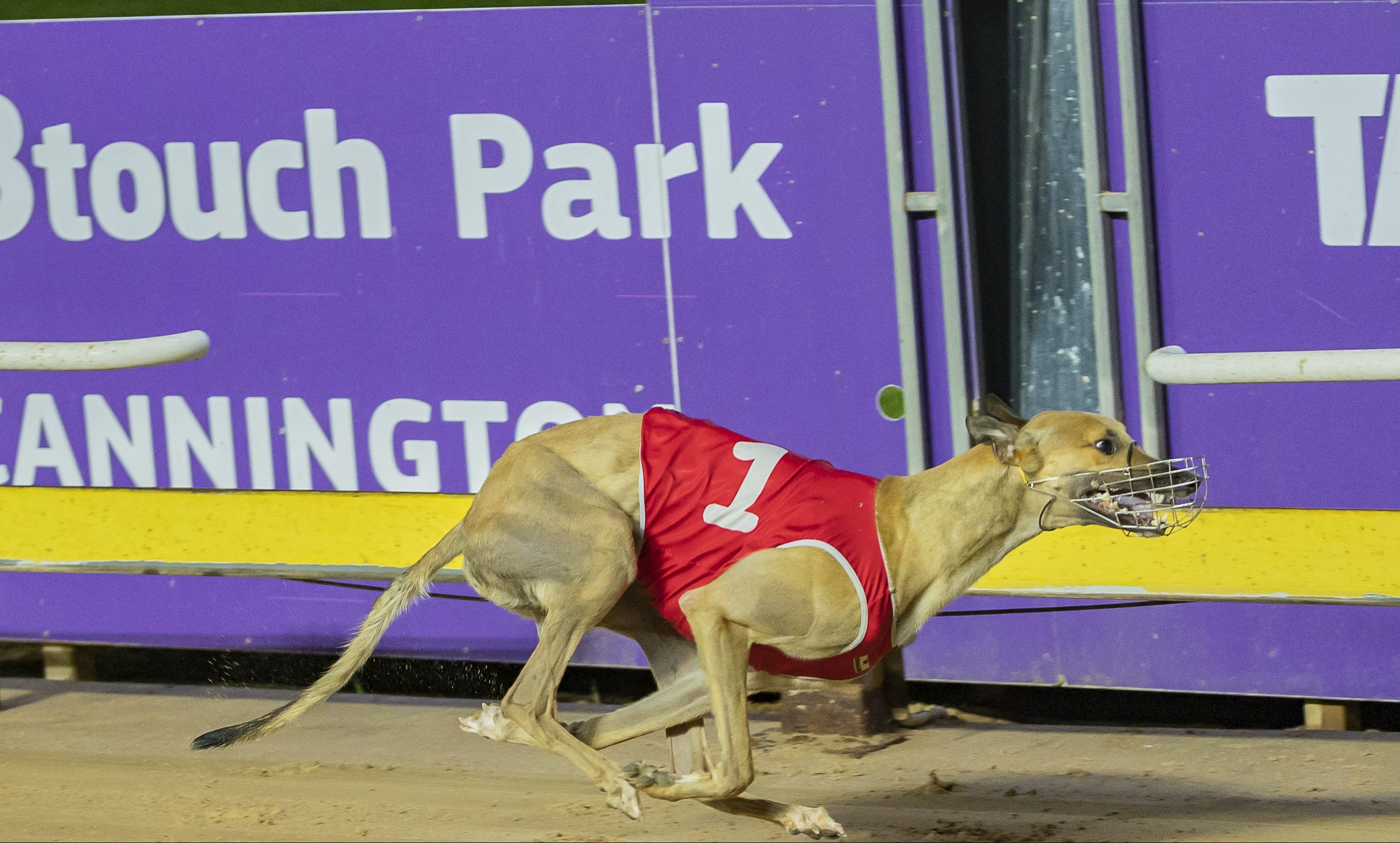 HIS sire West On Augie was a supreme race dog and, on Saturday, Throttle edged ahead of his old man on Cannington’s all-time list of fastest wins at WA’s metro venue.

Not noted as a faultless beginner, Throttle saluted at his first three starts over 520m at Cannington for Christine Robartson without setting the clock alight.

Start three’s 30.24 offering was impressive to the eye yet few could expect that, just on four months later, he’d post a remarkable 29.39 to notch win nine (at start 17).

For perspective, the record at Cannington is held by Campini at 29.26 while Quick Jagger (29.29) was previously the benchmark and other notable times belong to Sunset Spitfire and Zack Monelli (both 29.39) while West On Augie’s PB was 29.40.

Next up for Throttle is a National Sprint Championship tilt and the fawn dog has drawn box five in a particularly tough opening heat of the WA series.

For the record, his sire West On Augie won the G1 National Sprint Title at Sandown Park in 2018.

“We started with him as a very young dog and took him along slowly,” Christine Robartson’s husband Dave said.

“He’s only 22 months and still learning his craft but this series came up at the right time considering the time he posted last week.

“He’s a very sensible dog and always looked to have a touch of class – up the straight, he was quicker than our race dogs before he’d even had a racing rug on.

“Last Saturday, Throttle began well from box five but previously had been away only on terms. For a few starts, he was hitting top speed at the first turn and struck traffic … that was brought about not beginning so cleanly.”

For a determined railer, box five is a concern for Throttle given the high speed of Panama Pepper (box one) while Darwin Cup winner Manzu (two) is in career best form and there is high speed drawn to his outside.

“Applied has drawn box six and has genuine pace and our other bloke (Hinto) has box eight –  he’s a quick beginner which wants to rail,” Robartson continued.

“We have three in the series and having two in one race is far from ideal but that’s all about nomination numbers and that’s out of our control.”

Heat two of the WA series boasts only seven runners, with Robartson’s We Can Do taking on the likes of Vice Grip, Eagle Monelli while the consistent Momentum is also right in the mix.

“We Can Do has yet to better 30 seconds at Cannington and can mix box manners but is very honest … he’s a real ‘bread and butter’ dog.”

With 14 in work, Dave and Christine Robartson are particularly busy yet success breeds success and their Stake Hill property – just 10 minutes from Mandurah –will soon take on an even busier tone.

Throttle’s dam West On Hazel has been mated to Aston Rupee while Rekall Kelsos – the dam of WA Derby winner Hinto – is in pup to all-distance star Zack Monelli.

With WA prizemoney setting the national benchmark, the quality of racing in the west has never been higher and the past two National Sprint titles have been won by WA’s West On Augie (2018 at Sandown) while Premium Share at Cannington 12 months later.