PERFECTLY boxed She's A Hotshot is on trial for the upcomingvGolden Easter Egg when she contests Sunday night's G3 Murray Bridge Cup. 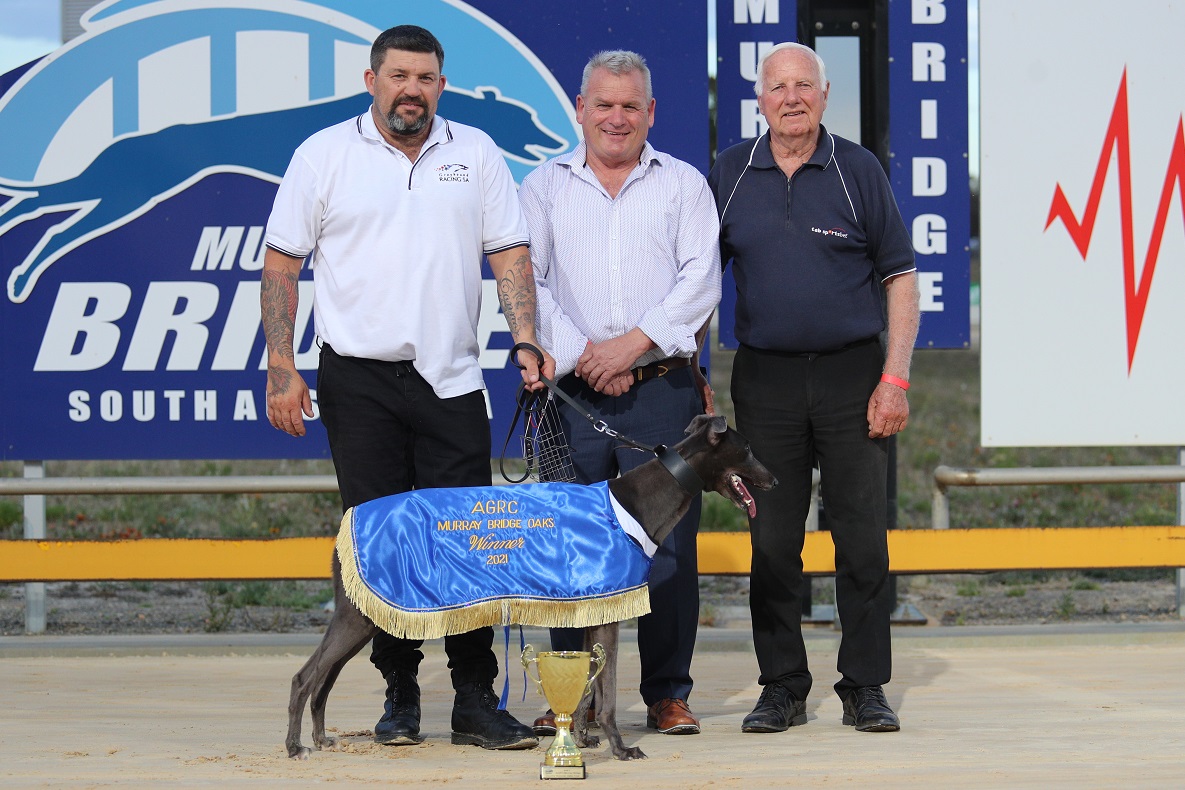 PERFECTLY boxed She’s A Hotshot is on trial for a start in the upcoming Group 1 Golden Easter Egg when she contests Sunday night’s Group 3 Murray Bridge Cup (455m).

Part-owner Terry Hill said this today of the Barcia Bale-Hillary bitch who has drawn the seven in the Cup final and comes into the race off a 235.36 heat win in impressive style.

There is a buzz of confidence around the She’s A Hotshot camp.

“Troy (Murray, the bitch’s trainer) is very confident she is well boxed for the final,” said Hill.

“There is no pace drawn around her and that gives her a chance to lead and be right in the finish.”

Hill confirmed the bitch could be sent to NSW to contest the Egg if she wins the Murray Bridge Cup.

The Murray Bridge Cup heats were hot Monday, much like the weather.

It was a successful day for our state, with six of the seven heats going to SA-trained greyhounds.

The 2022 Murray Bridge Cup will be held this Sunday.#weloveourdogs

“Her brother Came And Went is already in Sydney to trial at Wentworth Park tomorrow night,” said Hill.

She’s A Hotshot deserves a big race win after having been a finalist in both the SA Oaks and St Leger early in her career.

“She’s going super and we think she will be very hard to beat on Sunday night,” said Hill.

She’s A Hotshot has started 31 times for 17 wins and seven placings. Early pace is her forte.

But, she comes up against a tough Cup final field, all of them in form.