Ideal Draw Has Deuce In Box Seat For Bullion

JUNGLE Deuce holds the key to next week's G1 Gold Bullion at Albion Park with trainer Jack Smith claiming Zipping Kyrgios is the rival that "frightens me". 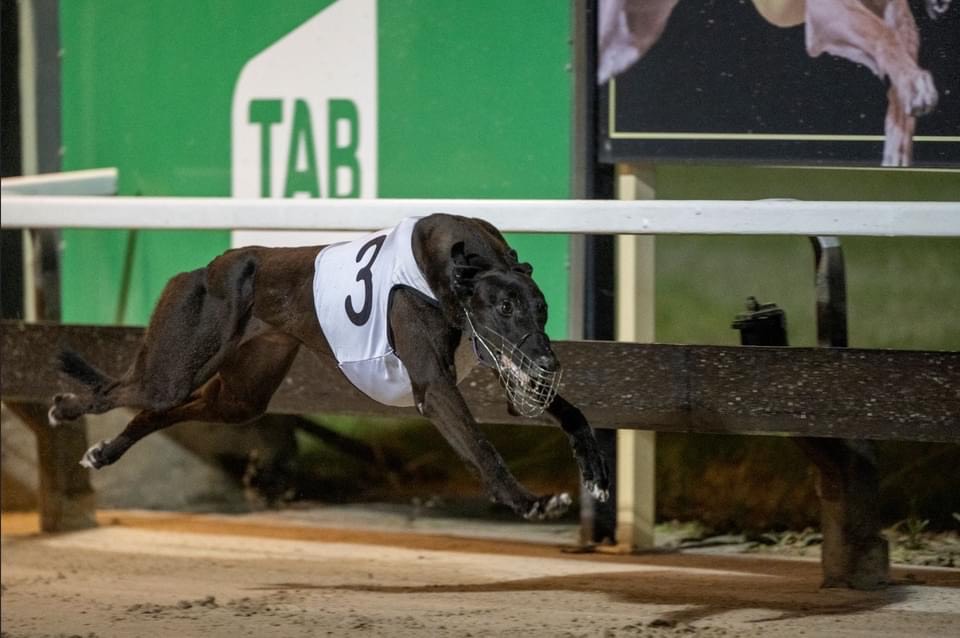 JUNGLE Deuce holds the key to next week’s Group 1 Gold Bullion Final (520m) at Albion Park with his trainer Jack Smith claiming Zipping Kyrgios is the rival that “frightens me”.

Jungle Deuce (Barcia Bale-Serena Fly High) took his career record to 40 starts for 24 wins and nine placings with earnings of $449,000 when he bashed and crashed his way to victory in a Gold Bullion heat on Thursday night in 30.01.

“Coming to the 600 metre boxes, he was just getting clear of the two around him but the leader had opened up a big break,” said Jack.

“I was starting to hope he could run a good second and get into the final.

What. A. Finish! It's easy to see why so many greyhound fans are keen to #GetOnTheDeuce when Jungle Deuce keeps putting on performances like just now in winning his heat of the G1 Gold Bullion from @BrisGreys #QLDisRacing🐾 pic.twitter.com/IogexIeE4l

“He ended up winning by four lengths.”

Smith has looked over the final field and how they are boxed.

“He is drawn great,” said Jack. “He should beat the red (Kooringa Lucy) out and get to the fence.

“Louis Rumble has the early pace, but we’ve beaten him each time we’ve met him.

“Zipping Kyrgios is the only one that frightens me. If he brings his best box manners he will be hard to beat.

“But, I think he will have to work hard to get across us.

“We hold the key to the race. She’s on next week. What a great race it is. There are so many great dogs in it.”

The Group 1 Gold Bullion is indeed a quality final:

Jack Smith proved himself a “genius trainer” when he went against what most considered the ideal race plan for Jungle Deuce opting to head towards the Group 1 Paws Of Thunder at Wentworth Park instead of the Group 3 Golden Ticket at Albion Park, a four-dog heats and two-dog final which appeared to suit the dog perfectly.

But Jack had the answer to those critics.

“By the time we all got home to Forbes from Albion Park after the Golden Sands win, an 11 hour drive, everyone was buggered,” he said.

“It was time for my wife and I, and the dogs, to have a good rest at home. That’s why we didn’t go back for the Gold Ticket.”

Jack Smith proved he knew his dog better than anyone when Jungle Deuce wore down Wow to win the Group 1 Paws Of Thunder.

While Jungle Deuce has already established himself as a future stud dog, Jack is reluctant to compare he and former kennel star Feral Franky.

“I keep getting asked that question, but I will not compare them,” he said.