Improved Draw Made To Order For It's A Blaze

RECEIVING an improved box draw can greatly assist It’s A Blaze in securing the NZ National Sprint 520m final at Addington on Thursday. 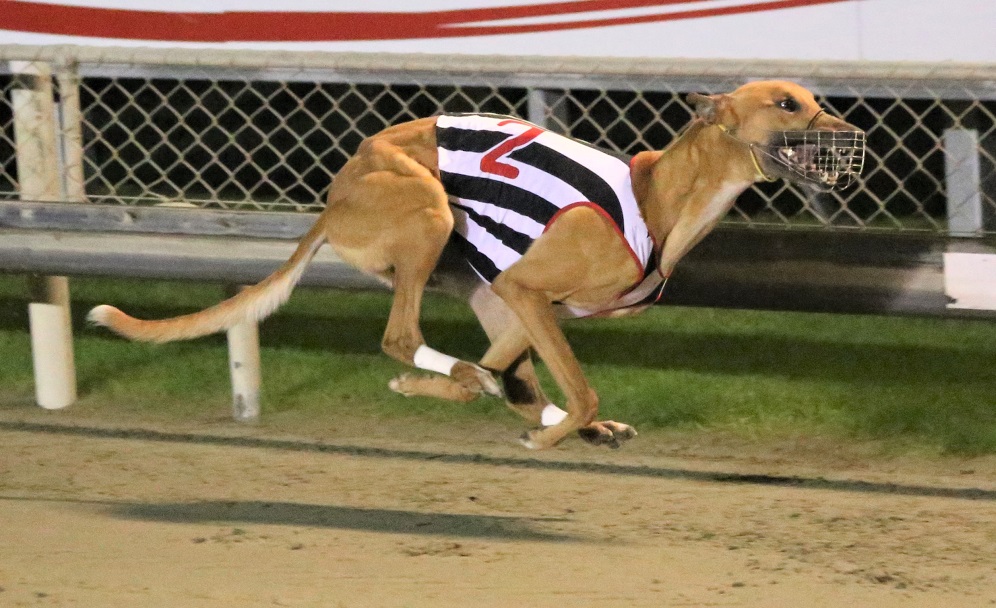 RECEIVING an improved draw can greatly assist the talented Dave and Jean Fahey trained It’s A Blaze to secure the NZ National Sprint Final (520m) at Addington on Thursday.

Moderate recent starts have impacted the claims of the former Victorian greyhound. He has encountered severe traffic issues after bombing his race starts.

There is no doubt that the 29.42s 520m track record holder can tear this field apart if he steps away from the two-trap at least evenly with his opponents.

“Yes his draw can help him providing he outstarts Know Keeper (one) – there’s also a fair bit of speed drawn outside him,” advised Dave Fahey, who added, “He’s all good to go”.

It’s A Blaze faces a field that contains extreme depth with numerous group race winners littered between them. A stakes case can easily be built for all contenders.

For example, local conditioner Craig Roberts mentored the NZ Nationals Sprint winner in both Kiwi editions since New Zealand was added to the Nationals series.

He is seeking to maintain that winning record with a couple of sound looking prospects in this version on his home track.

It was three years ago when New Zealand made its Nationals debut with the Roberts prepared Dyna Dave going on to finish a brave third in the Perth hosted Australian National Sprint final at Cannington.

Leonard Bale is returning for this NZ edition and while he isn’t the same dominant force, he was twelve-months ago, his recent sound Addington 520m efforts says he isn’t going to hand over his title without a decent scrap.

He set up the pace prior to being cut back during the run home by Quincy Bale when he returned 30.32s for his win

Know Keeper is a powerful finishing fella, and his conditioner Gary Cleeve will be looking for him to take an early sit on the rail from his kind draw.

On the other paw there are renown quick beginners lining-up, which includes the Lisa Cole prepared Bigtime Cooper and Jilliby Litsa who trek south after their respective stylish last start pace-making 457m (Manawatu) and 520m (Hatrick) wins.

Epic Cruise is another who is likely to be sighted racing handy to the early pace for Janine McCook, while looking to cross his rivals from trap-eight will the Dan Lane trained Ozzie.

Unquestionably, the strong Dave and Jean Fahey mentored stayer Student Loan will start as the warm favourite in the NZ National Distance final.

Unfortunately, the Addington 732m event has been denied what promised to be enthralling staying event with the defection of New Zealand’s leading stayer from last season Shaynee owing to being in season.

Student Loan is a proven stayer having compiled a respectable record over the 732m journey. He has prepared ideally for this assignment, having delivered a pair of bold recent 645m wins at this venue.

“I wasn’t overly happy with Student Loan following his last race (July 29) however he is at a level where he can make his presence felt. His draw (trap-two) is perfect for him,” advised Dave Fahey.

Other potential stakes earners in the field includes the Ashley Bradshaw trained Ripslinger Roxy along with the Duke Of Edinburgh Silver Collar (779m) runner-up Claws In Leo for Matt Roberts.

Nangar Ridge is from the high-flying Lisa Cole kennels who has strongly won his last three Manawatu 660m assignments. He adds interest by stepping up to 732m for this task.