JASON Thompson is hoping a third straight win for Amnesty at Sandown Park on Thursday night can be the catalyst for bigger things. 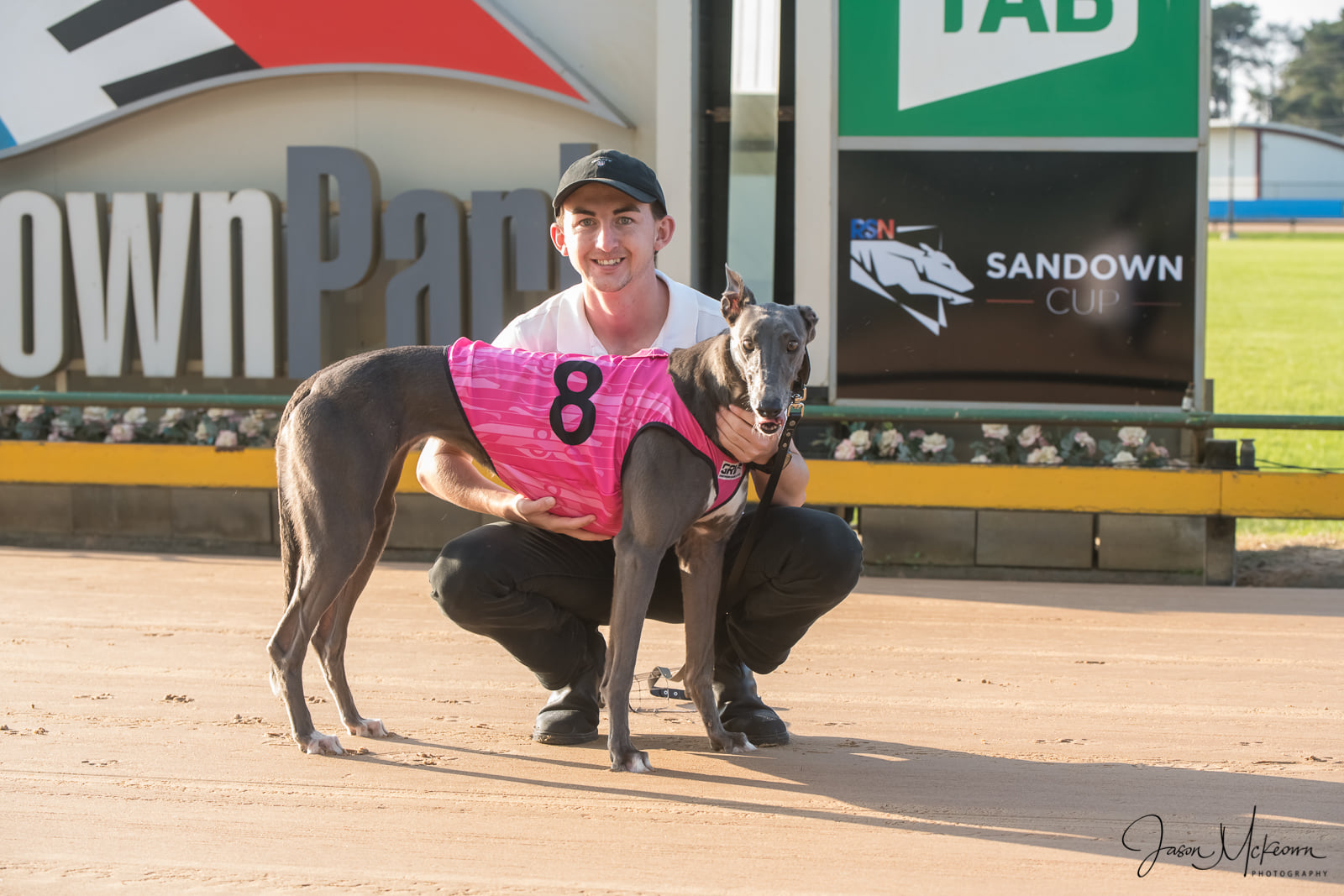 LEADING trainer Jason Thompson is hoping a third straight win for Amnesty at Sandown Park on Thursday night can be the catalyst for bigger things for the exciting staying prospect.

A winner at five of nine starts over the 595m trip including her last two starts, Thompson is confident Amnesty ($3) can make it three wins in a row despite drawing box six in the opening leg of the quaddie.

“It looks a nice race. I think the draw is alright, so very happy,” said Thompson.

“She’s in good form, she’ll probably have one more race and then head towards the Sandown Cup.

“I’ve been liking the last 200m of her last two races, she’s really hit the line strong. Hopefully she gets through tomorrow night safe and I’m liking her when she gets over 700m.”

Amnesty is rated a $26 chance with tab.com.au for the Sandown Cup final on 19 May.

Thompson has 13 wins from just 30 starts at Sandown Park in 2022 – a 43% winning strike rate – and is poised to improve that impressive record with two other winning chances on the card.

Immunity ($1.65), a four-time group race finalist and older half-sister to Amnesty, looks well poised to make it consecutive wins after coming up with box two.

“She needs to draw inside to give herself a chance. She comes off a nice win at Ballarat over 545m so I think from the draw she’s a chance.

“But she’s going to have to cross the red (Hill Top Jack), I think the red is very well drawn as well. He’s a very good dog off an inside draw.”

In the opening event, Modern Collinda ($3.80) will have her second career start having won her maiden in impressive fashion on Sunday.

“She’s obviously very inexperienced, only had the one start but I thought she went really well,” Thompson said.

“She only ran 5.25 early (but) she’s trialled a lot quicker than that. She’s showed in trials that she can run around that 5.10 mark which she’ll need to do from that draw because it’s a very good field.

“She is drawn where she wants to be, but from that draw she won’t want to do anything wrong.”

Thompson will also be represented at Warrnambool on Thursday night with Typhoon Sammy lining up in a heat of the Warrnambool Cup.

Typhoon Sammy, already a winner of two country cups in 2022, hasn’t raced since winning the match race on Ballarat Cup night earlier this month and Thompson says the break has rejuvenated the 28-race winner.

“He’s been up for a while so he’s had roughly three weeks between races and it’s done him really well,” he added.

“He’s only had one trial, a little blow out on Saturday morning, and went really well. Even though he’s much better drawn wide, it’s a good draw (box three).

“The dog in box two will generally head to the fence, and the dog in box 4 will move maybe to box five or six.

“He needs room for 20 metres because the dog is not a lid-pinger, he comes out sometimes a half behind or at best with them, but if he’s got room to move he just explodes.

“Looking at that draw, he’s going to get that room so it’s up to him. If he can begin on terms I expect him to explode through.”

Typhoon Sammy is rated a $1.40 chance to win the fourth race at Warrnambool.