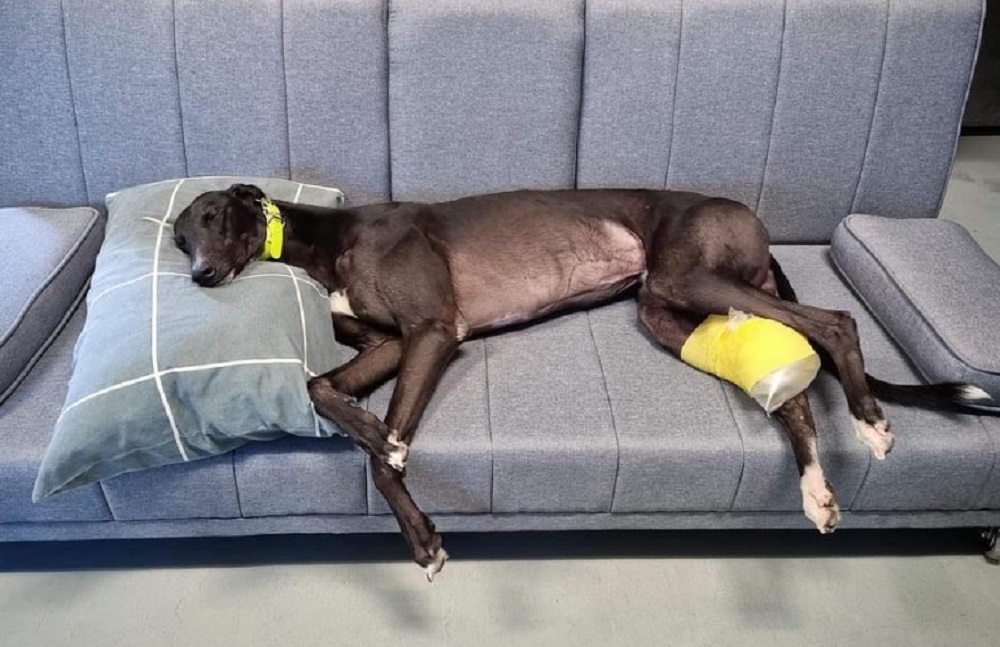 Part-owner and trainer Bianca Whitford said today scans this week would see the extent of then in jury.

“He is likely to be out for four to six weeks at least,” said Whitford.

“He has hurt the tendon on his off side”

Ninetymile King was “on three legs” in the catching pen after the race on Thursday night when second to Bad And Boujee beaten almost three lengths.

“As soon as we picked him up in the catching pen he was tight in that side,” said Bianca.

“We got him home and immediately iced the leg and since then the swelling has come down and he is again walking OK, back on all fours.

“But, watching the replay of the race it appears to have happened going into the first turn after the start.

“He just was not driving off that leg.”

Bianca is much more confident the injury is not as severe as could be.

“We will get the scan done this week and be advised by the vet what our course of action will be,” she said.

“But he will miss at least four to six weeks.”

Ninetymile King (My Bro Fabio-My Superstar) has raced 30 times for 15 wins and 12 placings for $80,000 in stakes and appeared to have a bright 710m future. Whitford had set him for all the up-coming staying races during the Winter Carnival.