HARRY Manolitsis has elected to put his hugely exciting prospect Revolution on ice for the next few weeks to remain eligible for the Great Chase. 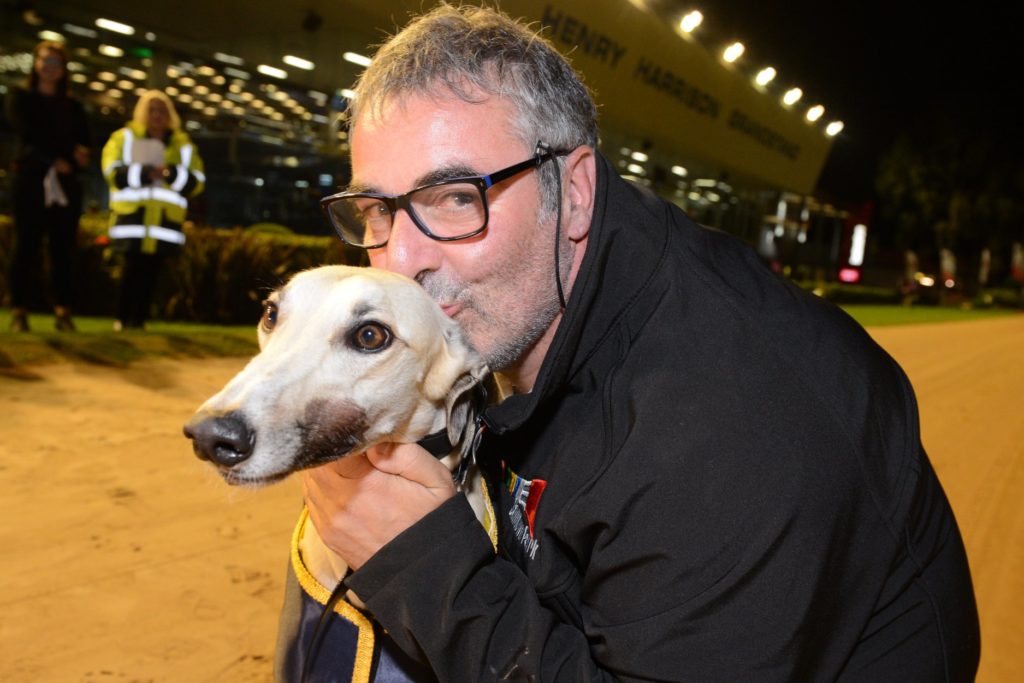 TRAINER Harry Manolitsis has elected to put his hugely exciting prospect Revolution on ice for the next few weeks to remain eligible for the Group 2 TAB Great Chase series.

Revolution has launched his career in spectacular style, winning five of his six starts, four of those in blistering best of meeting times.

The regally bred son of Fernando Bale and Elevated was to step out as a red hot favourite in a restricted wins final at Warragul on Tuesday night but was scratched after sustaining a right hock injury when winning his heat last week in a fast 25.57.

“He got spiked in the catching pen and the wound wasn’t flash at all,” Manolitsis said.

“The spike hit a blood vessel which made it worse and he was a bit down there for a few days. Had that not happened he would have gone around in the final but now it has we’ll keep him for the Great Chase.”

The Great Chase series carries a $47,000 first prize and is open to Victorian bred greyhounds with between 1-5 wins.

ICYMI: Rising star REVOLUTION (3) had too much ‘ammo’ for his Warragul rivals last night

Heats are staged at 11 venues going into semi-finals at The Meadows on October 13 before the group 2 finale a week later on Wednesday, October 20.

“The wins cut-off for Great Chase eligibility is five so he can’t win another race between now and the heats,” Manolitsis said.

“I wrestled with what to do there for a few days as I don’t like holding dogs back when they’re up and going but it’s only three weeks and it gives me some time to get him familiar with The Meadows.

“I’m not sure what heats he’ll go towards yet, I’ll have a look at the calendar and see what works best.

“But the race looks like the ideal target for him – he’s a very exciting young pup.”

While the Great Chase provides plenty of thrills on the track the impact it makes off the track is equally profound, the event raising much needed funds for a number of great community causes.

Recent winners of the Great Chase include former Australian Greyhound of the Year Simon Told Helen (2019) and excitement-machine Dr. Tucker (2020).