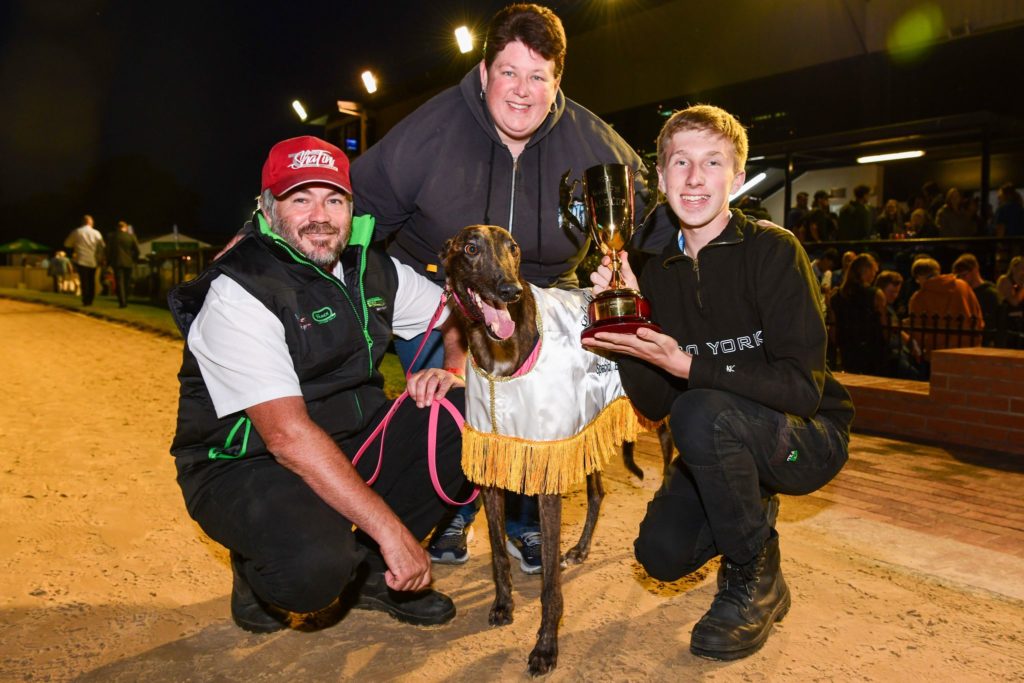 Delbridge claimed the $75,000-to-the-winner feature with the heavily backed Jarick Bale, the son of Allen Deed scoring in a slick 37.13, the same time he recorded to win his heat and charge into the rich finale as the fastest qualifier.

Jarick Bale went into the Sale Cup series with a third placed finish in the Sale Distance Championship behind Invictus Rising after winning his heat of that event in a low-flying 36.72, a time just one-length off the track record.

And with the benefit of meticulous preparation Jarick Bale maintained his superb form to capture the Sale Cup with an emphatic performance from box eight.

For Delbridge, Jarick Bale’s Sale Cup triumph capped off a stellar year which included victory with Zipping Rambo in the Group 1 Sandown Cup (715m) back in May.

2021 GOLD FM SALE CUP: Following a keen three-way battle up front between UNTAPPED (B5), MEPUNGA RUBY (B1) and JARICK BALE (B8), the Mark Delbridge-trained pink runner shot away to claim the $75,000 first prize.

Now a winner at 19 of his 51 starts for stake money of $172,865, Jarick Bale annexed the group 1 country cup with a thrilling 2 ¼ length victory over race favourite Mepunga Ruby. 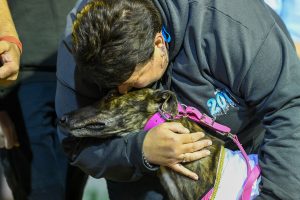 On a huge night of feature racing it was Gypsy Wyong which annexed the $10,000 Cup Night Match Race (650m) for trainer Andrea Dailly in a sharp 37.23.

The $15,000 Rising Stars Final (440m) was taken out by Paua Of Mindy for Steve White while recent Casino Cup hero Aston Titan continued his sensational form with victory in the $15,000 Summer Cup (520m) for Anthony Azzopardi.