Johnston To Cheer Cooper Dooper From Afar In Cup 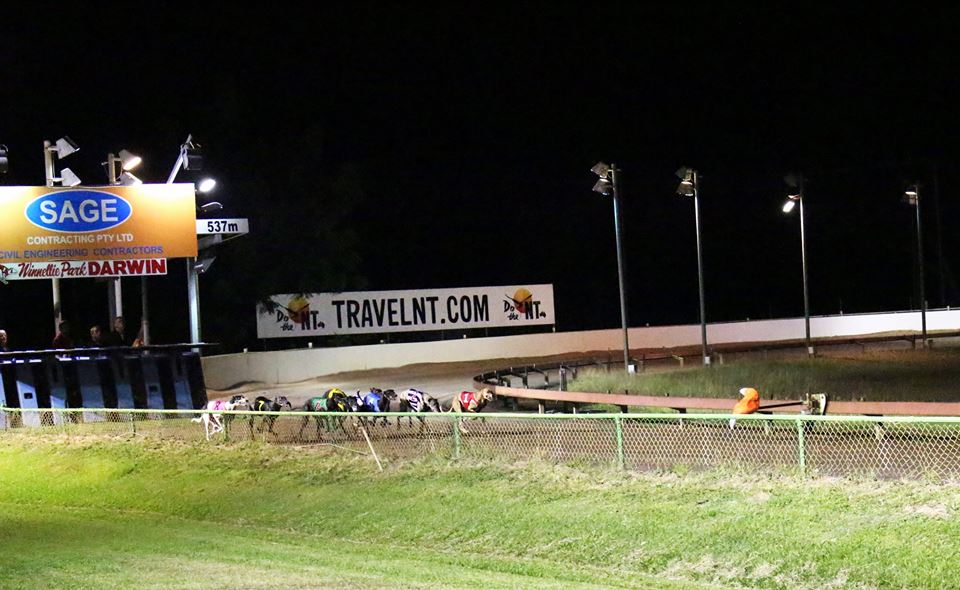 Now the major lead-up to the Group 3 Darwin Cup, the $15,000-to-the-winner Chief Minister’s Cup holds special interest for Johnstone who owns one of the top chances in Cooper Dooper.

Johnston has fielded at the Darwin carnival, horses and dogs, for the past 16 years but the recent bout of Covid in Orange has shut the town down for two weeks.

“I can’t make it this weekend but I will be there the following week for the heats of the Darwin Cup and the final the week after,” Johnston said.

Johnston, a long-time friend of thoroughbred trainer Gary Portelli, has raced a number of horses out of that stable but with little success.

“A couple of years ago, I met up with Tom Tzouvelis and he mentioned he had a litter of pups for sale at the time,” Johnston added.

“About a month after I got home from Darwin Tom rang and asked if I was still interested. Tom sent us a video of the pups which at that time were just a few months old.

“I got my brother Ian’s 12-year-old son Cooper to look at the video and pick out a pup. He went for a black dog and this is him … Cooper Dooper.

Tzouvelis won two heats of the Chief Minister’s Cup with littermates Showdown and Sunburst, the latter staging a phenomenal performance to come from last after suffering checks throughout the race to still get up and win.

“I expect Cooper Dooper to win the final,” Johnston said.

“He is a dog that improves with a run on a track and in all the years of going to field in Darwin, that’s the one thing I have noticed happens regularly with visiting dogs.”

Mark is high in praise of the Darwin Greyhound Club and their endeavors to welcome visitors to their yearly carnival.

“They are so good, I approached the Bathurst Club to stage a Bathurst-to-Darwin series with the winner going to Darwin for the Cup series all expenses paid,” he said.

“But, with Covid causing so many problems, we have had to shelve those plans for this year.”