JUNGLE Deuce burst back to his best winning Friday's Brother Fox Dubbo Cup and now will head to Albion Park for an ambitious Winter Carnival campaign. 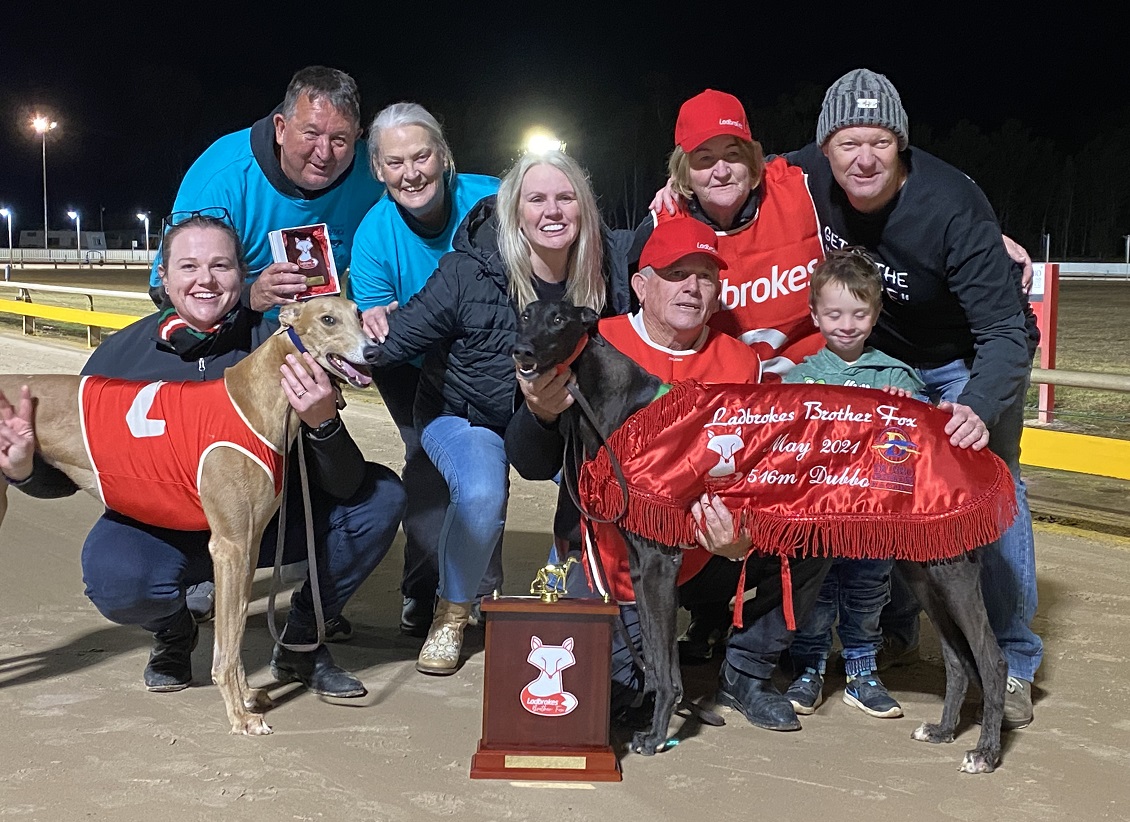 The son of Barcia Bale and Serena Fly High, a half-brother to champion Tommy Shelby, scored by two and a quarter lengths over Jack Smith-trained kennelmate Irinka Riley with three lengths to favourite Zipping Kyrgios in third.

It took “The Deuce’s” record to 16 starts for 10 wins and $102,000 for part owners Clay Mawson and Brian Jaggers drinking buddies from the St George Masonic Club.

“Thursday night’s heats of the Flying Amy Classic at Albion Park is next for Jungle Deuce,” Mawson said.

“Jack tells us Irinka Riley will go to Albion Park as well.”

Mawson said Smith hopes to get Jungle Deuce into the Group 3 State Of Origin worth $60,000 and to be run on June 17, a week after the Flying Amy Classic Final (520m).

As well as the Brother Fox Dubbo Cup quinella, he also landed the Peg & Bill Miller Memorial Final (516m) with royally bred Miss Ezmae (Barcia Bale-Zagati) in a sensational 29.43, the bitch scoring by eight and a quarter lengths.

Zagati, the subject of a recent $60,000 offer, is a sister to Little Digger and half-sister to Feral Franky and Good Odds Harada.

Solar Sky is owned by Mawson and Jaggers.

Those mates bought Jungle Deuce as a three-month-old pup from breeders Kevin and Amy Bennett.

“We actually went to the Gold Muzzle Auction looking for some pups but couldn’t find anything we liked,” Clay said.

“We saw an advert for the Barcia Bale-Serena Fly High litter and bought this bloke at three months for $5000. Not long after Tommy Shelby started racing.”

Mawson was high in praise of Jack and Maree Smith.

“Jack is a great trainer, but he is an even better bloke,” said Clay.

“As for us, we are just enjoying the ride.”