JUNGLE Deuce has decimated the Dubbo track record with a mind-blowing victory in front of a big Christmas crowd on Thursday afternoon. 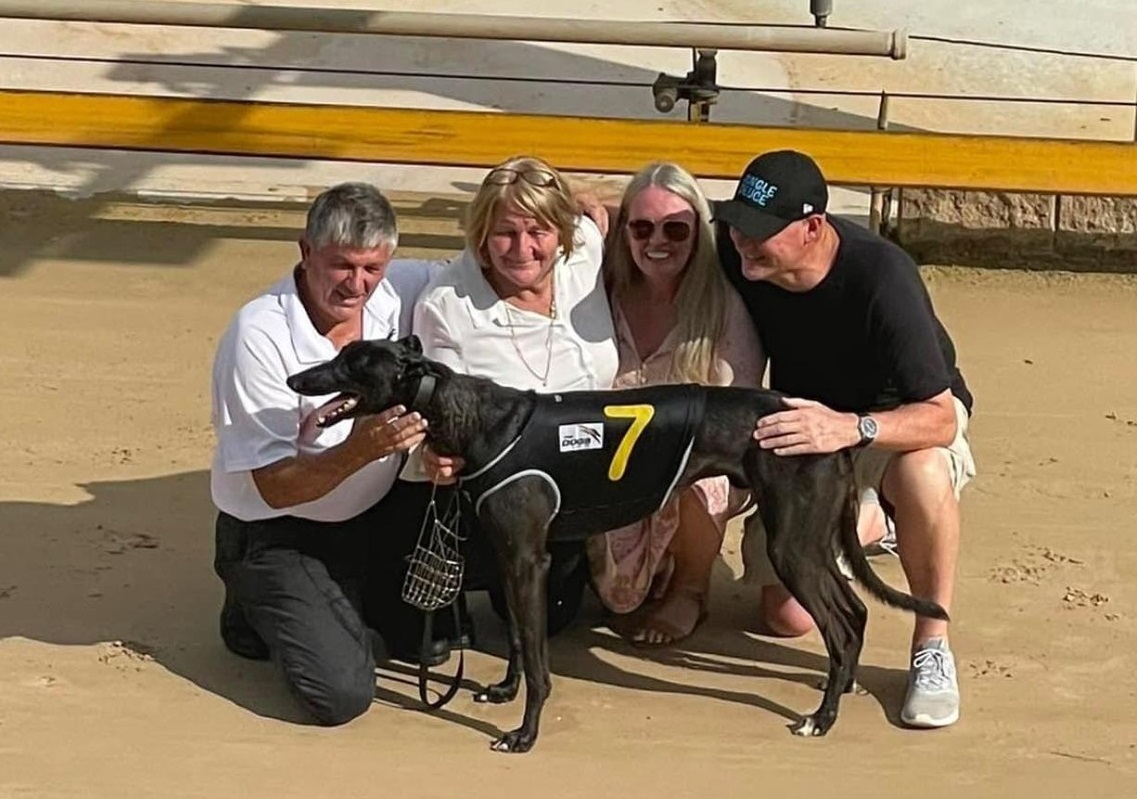 THE Jack Smith-trained Jungle Deuce has decimated the Dubbo track record with a mind-blowing victory in front of a big Christmas crowd on Thursday afternoon.

The three-time group winner bounced back from his sixth placed finish in Saturday night’s The TAB Phoenix in sparkling fashion, recording a remarkable 28.93 to become the first greyhound to lower the 29 second mark for the Dubbo 516 metre journey.

The previous mark was held by Midnight Starlet when she posted 29.27 to win the Bathurst finale of the TAB Million Dollar Chase back in 2018. 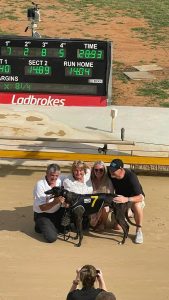 A winner at The Meadows on Saturday night, Irinka Riley finished 5 ¼ lengths away from the winner with his 29.29 time just outside the previous benchmark himself.

Already boasting group and listed wins in the Brother Fox, New Sensation, State of Origin Match Race and Flying Amy Classic, looming large for Jungle Deuce is a return to Queensland next month for a crack at the $200,000-to-the-winner Group 1 Gold Bullion (520m) at Albion Park.

Prior to that is the Group 1 Paws Of Thunder at Wentworth Park which runs parallel with the Group 3 Golden Ticket at Albion Park with the winner of that series guaranteed direct entry into the Gold Bullion.

Whatever program Smith maps out for his prodigious talent everything looks in order for a spectacular 2022 campaign.

Especially if Thursday’s mesmerising Dubbo performance is anything to go by.