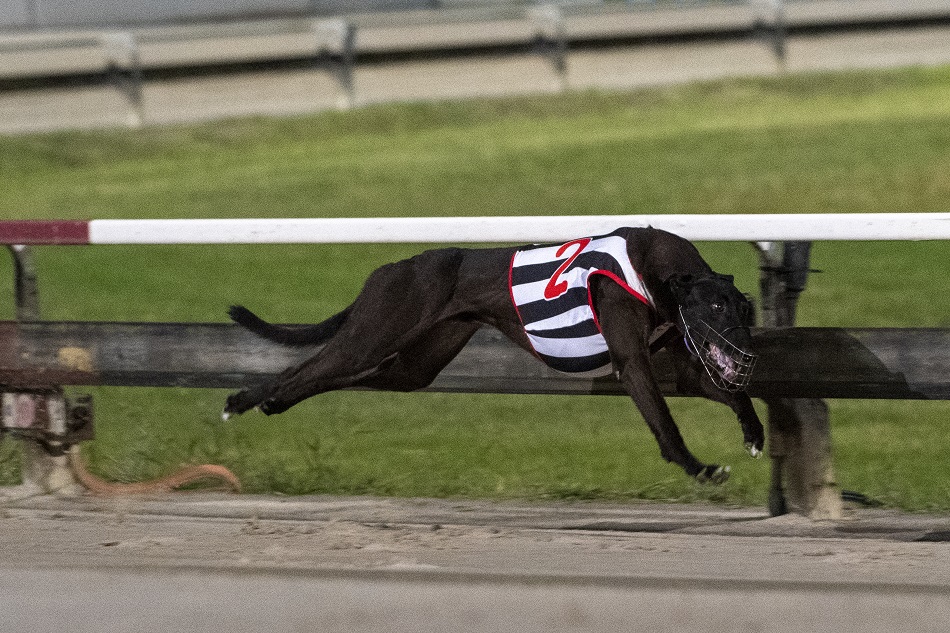 THERE is just no beating Jungle Deuce north of the border.

On Thursday night at Albion Park the son of Barcia Bale stretched his unbeaten run in Queensland to five with a sensational victory in the Group 2 Golden Sands Final (600m).

The Jack Smith-trained superstar went into the $75,000-to-the-winner decider all the rage as the $1.65 favourite following his low-flying 34.52 heat win a week earlier.

And it was more of the same in the decider with the younger half-brother to Tommy Shelby claiming his fourth group race success with an authoritative 34.61 victory over a gallant runner-up McCooly’s Lad.

The champ is here! Jungle Deuce leaves the field in his wake to claim the Group 2 Golden Sands Final at @BrisGreys tonight! #QLDisRacing 🐾 pic.twitter.com/EK3Lkuz7wm

Now a winner at 21 of his 37 starts for stakes edging past $350,000, Jungle Deuce is yet to taste defeat in five starts in sunny Queensland.

Given his heroic Queensland deeds trainer Jack Smith will be tempted to change course and return next week for the heats of the Group 3 Golden Ticket (520m).

But with heats of the Group 1 Paws Of Thunder (520m) at Wentworth Park on Saturday week it’s anticipated Sydney racing fans will see the Forbes dynamo take his place in the coveted series.

And while all the plaudits were with Jungle Deuce on Thursday night the performance of McCooly’s Lad to stick on gallantly for second was superb.

His return from injury has been well publicised, continuing to run out of his skin for proud trainer Anthony Azzopardi.

Finishing an eye-catching third in the Golden Sands was Aston Ulysses for trainer Paul Abela, the performance sure to edge the talented chaser closer to a Group 1 Rookie Rebel berth at The Meadows next month.