DOMINANT – utterly ruthless is the only way to describe Know Keeper’s complete mauling of his SENZ Duke Of Edinburgh Silver Collar heat rivals. 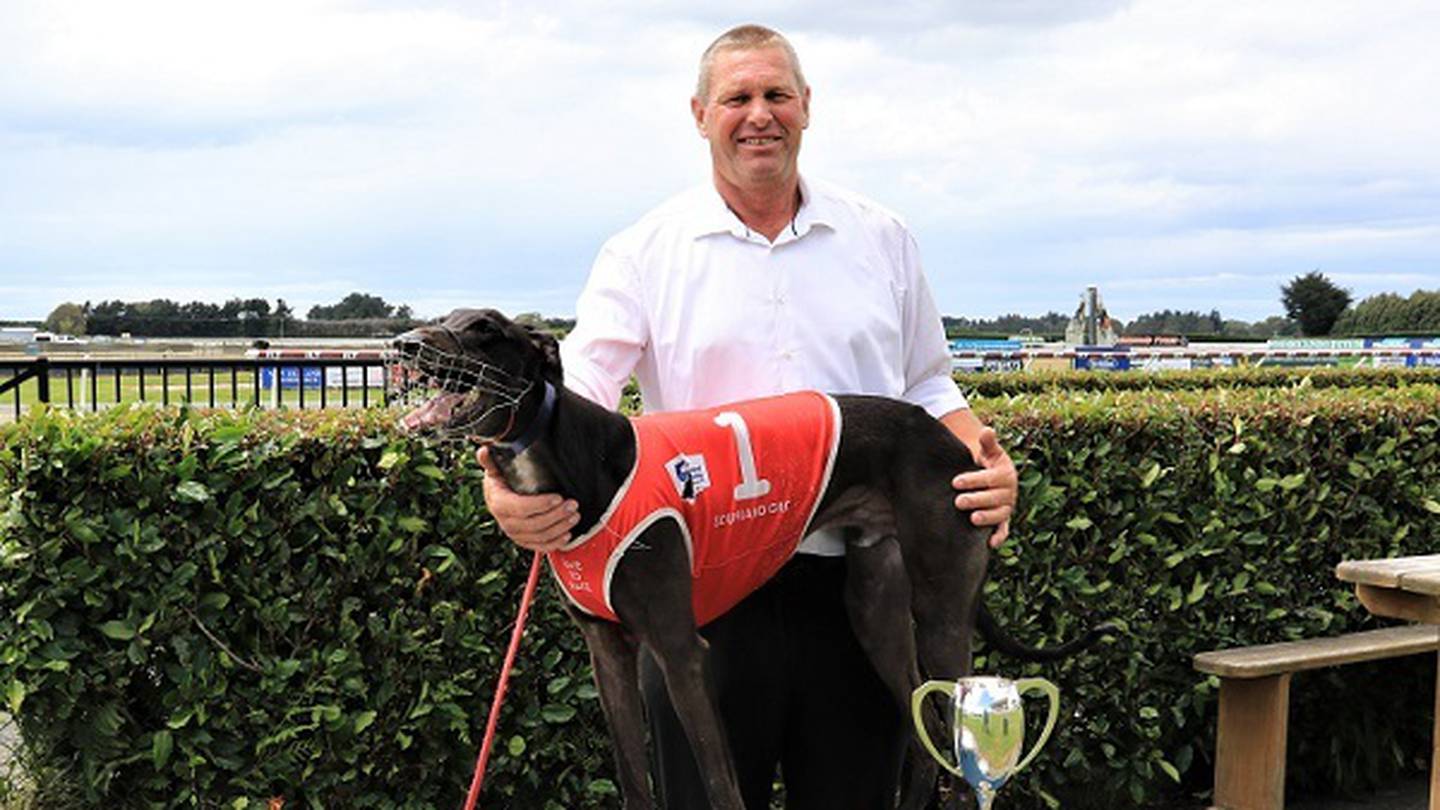 The Garry Cleeve bred, co-owned and prepared stayer was in a world of his own when extending his race lead with every massive stride over the extreme 779m race distance.

He was in cruise control throughout – stopping the Manukau clock in 46.42s, a very respectable time considering the rain soaked track owing to the appalling weather conditions experienced during last Sunday’s meeting.

Know Keeper just keeps on winning his staying assignments, with his heat win being his 16th in as many races further than 645m he has contested.

His effort for his heat fourth was a meritorious effort, considering the rough racing passage he endured, especially over the early stages.

“Relieved to get both of them through to the final,” Cleeve said.

“It’s the best they have come through a tough race and they travelled brilliantly – absolutely no issues with either of them.

“They’re having a relaxing week before we head back up north to hopefully get the job done.”

The early rush for positions in the Group 1 event is likely to be a major factor on the ultimate race result.

Know Keeper dictated terms to his heat rivals as did the other heat winner Thrilling Rogue. It was a stylish freewheeling 46.79s effort produced from the Karen Walsh prepared stayer.

The Waikato trainer is an expert in guiding stayers through Australasia’s longest staying event, having mentored three previous winners of the great race, while owner Gary Harding has savoured Silver Collar success on five occasions.

Walsh indicated post-heat that she expects her charge to benefit from his heat outing with it being his first experience racing over a longer distance.

Obviously her superb training record in this event confirms that factor.

And that brings us back to the early rush with Know Keeper and Thrilling Rogue drawing next to each other in traps four and five respectively.

Mr. Farenheit, Nighthawk Style and last year’s third place getter Little Teegs showed sufficient in their heats to suggest they can sniff out a minor portion of the stake.

“He had an early brush with the rail and the cramping he endured was on his rail side. No excuses. It didn’t go our way – hopefully I’ll be back again next year,” reflected a determined O’Keefe.

The time honoured Waterloo Cup will be decided on what is a sensational card of feature racing during Sunday’s Manukau meeting.

Four heats, held at four different venues throughout the country, has finalized a star-studded field that will go to battle in the Group 1 527m event, which was first contested for as a coursing event in 1878.

Talbingo Bale is absolutely flying at the moment as seen by his searing 29.71s Addington 520m heat win.

“Yes, he has really stepped up to another level as seen by him consistently breaking the Addington 520m 30 second barrier,” stated mentor Craig Roberts, who is chasing after his fifth Waterloo Cup training success.

“As usual he gets a crap draw (six), but in saying that he’s smart enough to get into contention by the first turn.”

He hasn’t been as effective around the Manukau circuit, although that has been more of a tactical choice by his trainer.

“He’s a braver and stronger greyhound now and he looks well placed (trap-1) in that field.  He’s in a really good space at the moment and I was happy with his Manukau 527m trial (30.47s) last Sunday,” confirmed Ferguson.

Lisa Cole is trekking north with her 25.60s Manawatu 457m heat winner Mustang Charlie. He had his first look at Manukau last Sunday via a handy post-to-post trial.

“He isn’t quick out, but he does have exceptional second phase acceleration. Hopefully he gets clear racing air from the five,” advised Brendon Cole.

Local trainer A J Christiansen will parade the 30.86s Manukau 527m heat winner Uno Me Now to the traps wearing the pink vest.

“She will try her heart out and that’s all I can ask. If there’s any ‘argy-bargy’ early on, then I reckon she can slingshot herself around them.

“It’s a privilege to make the field,” commented a proud Christiansen who will cherish his first ever black type runner.    .