KING Of Calypso will be aiming to produce his eighth straight win when he lines up in the Group 2 Launceston Cup Final on Monday night. 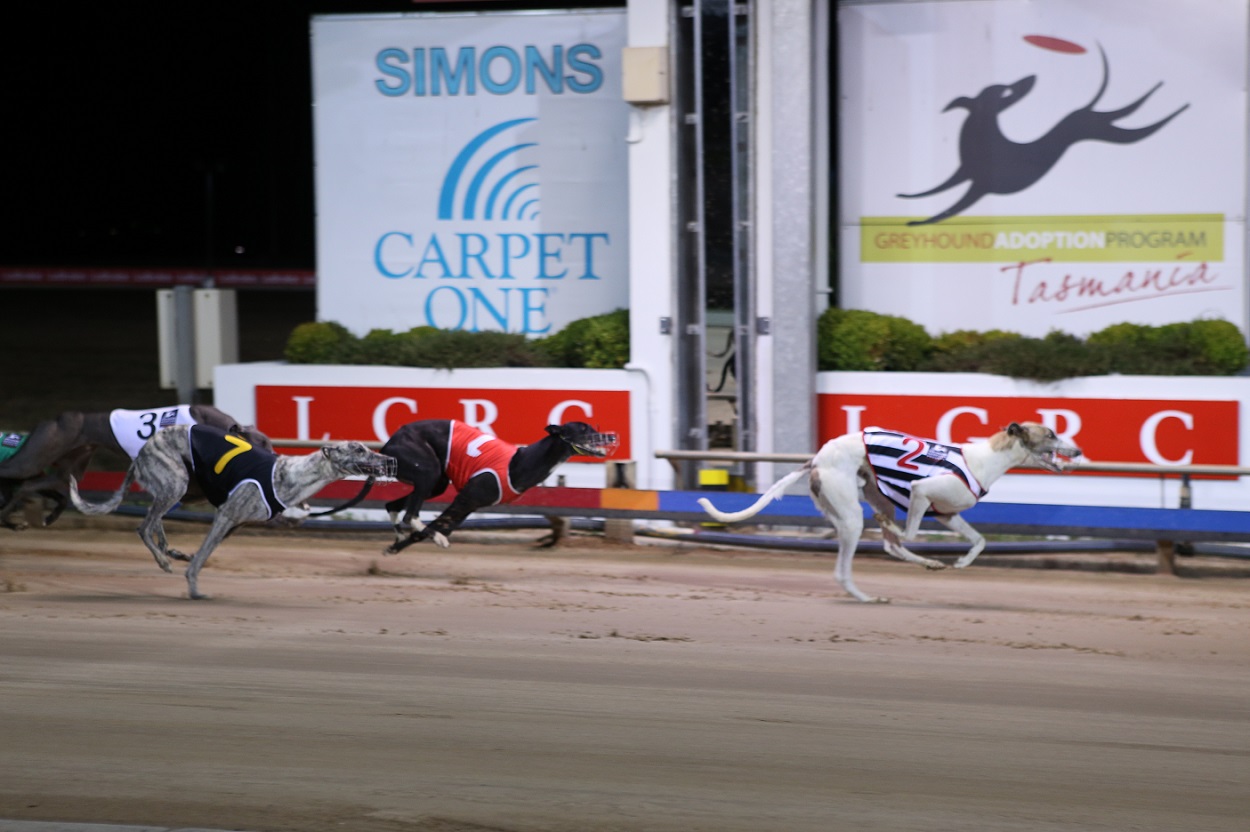 Outstanding Victorian chaser King Of Calypso will be aiming to produce his eighth straight win when he lines up from box one in the Group 2 Launceston Cup Final (515m) on Monday night.

The Tim Britton-trained son of Fernando Bale and Sweet Barbados will jump from the coveted rails draw in the $40,000-to-the-winner feature event (race 6) where only bad luck looks at halt his incredible winning streak.

With his heat win last week, King Of Calypso notched his 20th win from 65 starts for the Odds And Evens Syndicate.

King Of Calypso stopped the clock at 29.78 in his Launceston Cup heat last week, while fellow mainland sprinter Hill Top Jack set the time standard from the heats when clocking a red-hot 29.34s for trainer David Geall.

Britton placed the care of his sprinter to local trainer Blake Pursell for the series who says the dog is ready to run.

“In the weeks King Of Calypso has been with us he has settled in well and looks really happy, his trial prior to the heats was okay but showed improvement when he won his heat last week, there is still more to come,” Blake said.

“Tim and I train our dogs in a similar way which does favour King Of Calypso and he has worked really well.”

Prior to embarking on the Launceston Cup campaign, King Of Calypso had produced some outstanding form back in Victoria winning 19 races and setting slick times of 29.35s at Sandown Park back in December last year.

While drawing box one is a massive winning factor at Launceston, Pursell says King Of Calypso needs to do everything right.

“The dog is capable of running time, however the first few metres in this race will be extremely important where he positions himself because this field is very strong, we hope he can be within the first-three early,” Pursell declared.

“It’s going to be an interesting clash at the start between King Of Calypso and Hill Top Jack, because Tim’s dog does like to get up the track so it will be tight.

“He looks well and all we can hope for is luck on the night in such a big race.”

The Brighton-based trainer rates the David Crosswell-trained Quick Joey Small (box 7) as the main danger of the field.

Blake is no stranger to being involved with the Launceston Cup having finished runner-up on numerous occasions.

The Group 2 $40,000 Ladbrokes Launceston Cup Final is race six on Monday night and is set to jump at 9.12pm local time.