KNICKS Bale has delivered an emotion-charged victory in the Group 1 TAB Hume Cup Final (600m) at The Meadows on Monday night. 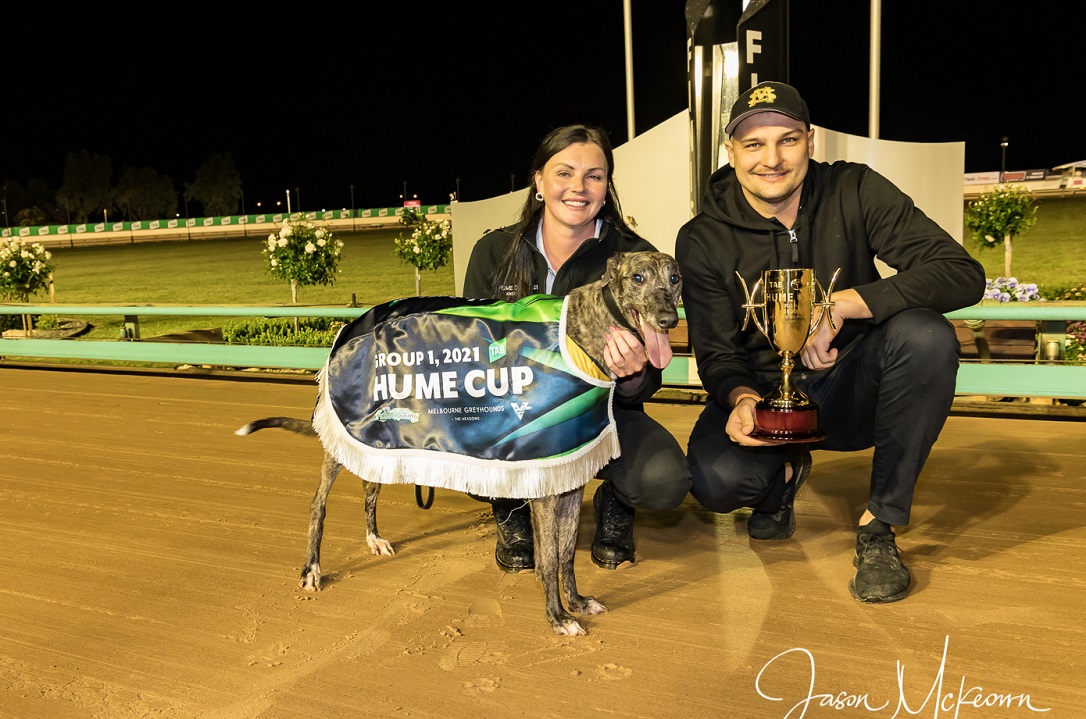 KNICKS Bale has delivered an emotion-charged victory in the Group 1 TAB Hume Cup Final (600m) at The Meadows on Monday night.

On the day that the Wheeler family laid Paul Wheeler to rest it was only fitting that a greyhound from their breeding empire would arrive on the big stage just hours later.

But you wouldn’t have known watching, the daughter of Kinda Cruel Red and former star chaser Dyna Willow giving nothing else a look in with a sublime all-the-way victory in 34.37.

If you didn’t know any better you would have thought she had a little help from above.

“Paul was kicking her home for sure – that’s why she’s got the job done,” said a proud but emotional Correy Grenfell.

“It’s obviously been a really tough day for the family so to be able to end it with her winning a group 1 is a bit of a celebration I guess.

“Sam spoke to Jan (Wheeler) earlier today and we hoped she’d make the family proud and she did. Couldn’t be happier.”

And while she went around as the despised outsider in the minds of punters, Grenfell told a vastly different story as to her chances. 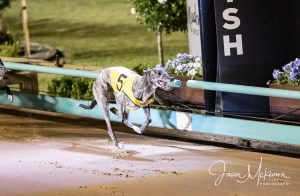 “She qualified second quickest for the race even after laying down late in her heat which isn’t her at all,” Grenfell said.

“Her week was great and ability has never been a problem with her. During pre-training she was showing plenty but it’s just taken time to work out what distance is best for her.

“I took her to Wagga for the Cup and since she’s come back from that trip it’s been the making of her.

“We’ll go to the (Group 1) Bold Trease at Sandown with her now and give her a shot at that. She’s earned it.”

Finishing 1 ¼ lengths second in the Hume Cup was the Jeff Britton-trained Mepunga Warrior while Gypsy Wyong filled third another length away.

Meanwhile, the second feature of the night, the Group 3 RSN Silver Bullet (525m) went the way of Lakeview Walter in 30.05.

Back in January the son of Fernando Bale annexed the Group 1 Silver Chief at The Meadows and has now added the Silver Bullet to his bulging resume.

Winning his first race since April, the Monique Whelan-trained Lakeview Walter railed home to defeat Barooga Smoke by half-a-length with Kinson Bale third another 1  1/4 lengths away.