FRIDAY night’s Melbourne Cup heats had it all, dead-heats, thrilling finishes, upset winners and shock failures, the card of racing promised a lot. 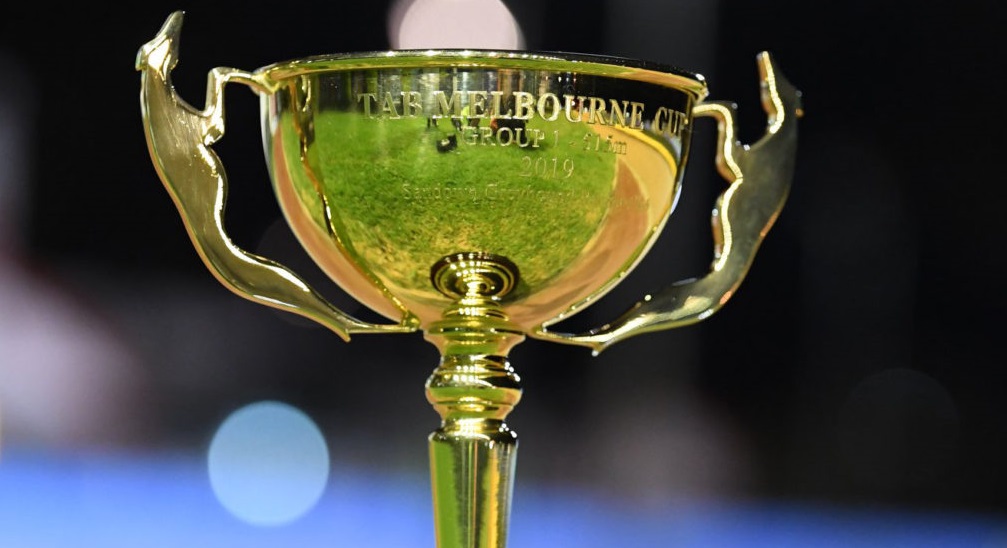 FRIDAY night’s Group 1 TAB Melbourne Cup heats at Sandown Park had it all.

Heat one of the $500,000-to-the-winner series produced a dead-heat with Koblenz and Jepara crossing the line together in 29.43.

In a thrilling spectacle, Koblenz showed his customary dash to charge away for what appeared a race winning lead for trainer David Geall, no stranger to Melbourne Cup glory having scored in 2018 with My Redeemer.

But Jepara had other ideas, surging late for trainer Angela Langton to keep her Melbourne Cup dream alive after finishing second with Western Envoy in the 2019 edition behind Whiskey Riot.

Koblenz and Jepara cross the line with absolutely nothing between them!

Dead-heat in Heat 1 of the Cup pic.twitter.com/OY3FvC3Y28

The dead-heat result meant that both greyhounds were deemed as winners of the heat which created the situation whereby the slowest of the eight heat winners would be relegated to first reserve and potentially miss the final.

That was ultimately the Jason Thompson-trained Typhoon Sammy which won his heat in 29.65, marginally slower than the time posted by Tiberia Bale a race earlier.

Had the judge found a margin between Koblenz and Jepara, Typhoon Sammy would be lining up in the decider, but now must hope for a scratching to assume his place in the field.

Heat two produced another exciting finish with Tiberia Bale edging out Barooga Smoke by a neck in 29.64.

But it was the disappointing performance of three-time group 1 winner Tommy Shelby that was the major talking point of the race, the WA superstar finishing a well beaten seventh when really never in the picture.

Series favourite Aston Rupee stepped out in the next heat and while having to do it the hard way, the Sandown Park track record holder charged into next week’s finale after some anxious moments.

Aston Rupee you are a star! The @sandowndogs track record holder overcomes all sorts of trouble to win his heat of the @tabcomau Melbourne Cup 🏆 pic.twitter.com/w8M4BUAph4

Trainer Glenn Rounds would have no doubt had his heart in his mouth in the run when his Topgun-Shootout hero from recent weeks was all dressed up with nowhere to go down the back straight.

But when he saw clear air late the regally bred son of Kc And All charged down the centre of the track to score in 29.47 much to the delight of punters.

The good ones just find a way.

Trainers Correy and Samantha Grenfell had a mixed lead-up to Friday night’s Cup heats following the retirement earlier in the week of their superstar sprinter Tiggerlong Tonk.

But Kinson Bale’s powerhouse 29.47 heat victory continued a memorable night for the pair after recent Hume Cup winner Knicks Bale landed a heat of the Group 1 Bold Trease (725m) earlier in the evening.

Jason Thompson knows what it takes to win a Melbourne Cup and the champion trainer will be represented in this year’s decider by Aussie Secret while Typhoon Sammy is first reserve.

In a commanding all-the-way heat win, Aussie Secret was again the polished professional, doing precisely what he’s done for his entire 61 start career – giving an honest account of himself.

The son of Bernardo moved into next week’s finale with his all-the-way 29.57 victory in what was another heat success for trainer Jason Thompson.

Heat seven produced the second quickest time of the night when Silver Chief hero Lakeview Walter reeled off a dazzling 29.26 to score.

Making full use of box one, the son of Fernando Bale always had the race safely in his keeping, recording sizzling time in the process.

He’s a greyhound that puts up fast time in almost effortless fashion and with luck at Sunday’s box draw, the Monique Whelan-trained chaser is more than capable of making his presence felt.

It was left until the final heat of the night for time honours to be claimed with the Andrea Dailly-trained Lala Kiwi defeating kennelmate Jax Bale in a sparkling 29.24.

The daughter of Aussie Infrared, which tips the scales at a whopping 32.7kg, used box one to aplomb to maintain her outstanding Sandown Park record.

And given she’ll be matching motors with seven male greyhounds in next Friday night’s decider, her hulking frame is likely to come in more than handy.

With the field now decided for the Melbourne Cup the attention now shifts to Sunday’s all-important box draw.

The race can’t be won on Sunday but it certainly can be lost.