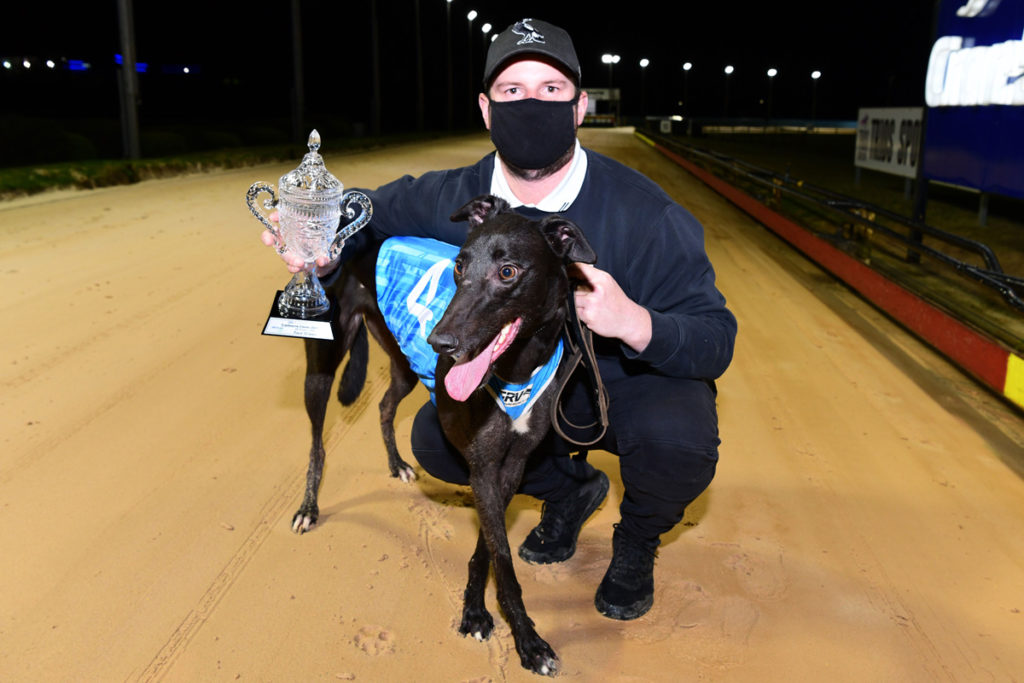 Trainer Andrea Dailly boasted half the field for the $25,000-to-the-winner finale, the charge led by dual Group 1 winner Qwara Bale from the coveted rails alley.

But it was progressive youngster Lala Kiwi which stormed away for victory in the star-studded age-restricted feature and in doing so stepping out of the shadow of her more decorated kennelmates.

Double figure odds were offered for Lala Kiwi when markets first opened before a late flurry of money saw her firm in dramatically to $4.10 before race jump.

Now a winner at 11 of her 25 starts, Lala Kiwi, a daughter of Aussie Infrared and Lala Shim, stopped the clock in a flying 29.85 courtesy of a powerhouse finish.

But while she reeled off a blistering last section it was her clean beginning which enabled her to get herself into the mix for victory.

That brisk getaway saw Lala Kiwi camp straight on the back of eventual leader Shima Classic with Qwara Bale never really in the hunt after a slow start from the inside alley.

Lala Kiwi’s winning margin at the finish was an always widening 4 ¾ lengths to the placegetters Shima Classic and Koblenz. The winner was sent out at $8 with bookmakers on the strength of her authoritative 30.04 heat victory when downing Koblenz last week.

The enormous ability Lala Kiwi is exuding is hardly a surprise given her stout pedigree.

Her dam Lala Shim is a daughter of Shimaguni and she is a sister to Shima Song which is responsible for producing the great Shima Shine and Shima Classic, runner-up in Saturday night’s Cranbourne Classic.

Now boasting a deserved group race victory under her belt look for Lala Kiwi to play a major part in a number of big races slated for the second half of 2021.