Lalicz Goes Back To The Basics With Street Cry

ASK Northern Rivers trainer Mick Lalicz what the secret is to Street Cry's turnaround in form and he will say "two or three sausage rolls a week". 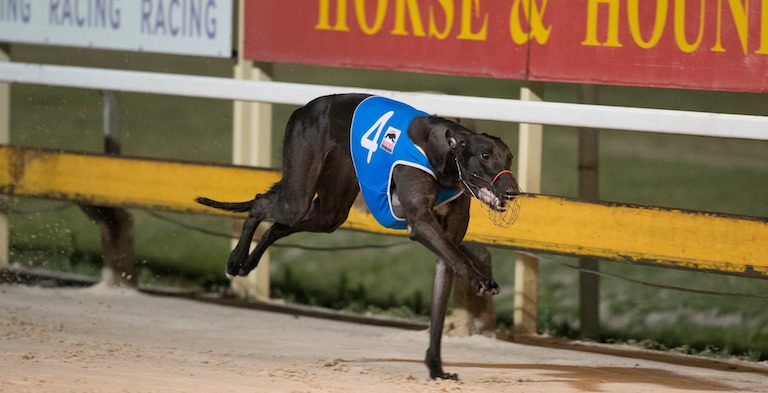 ASK Northern Rivers trainer Mick Lalicz what the secret is to Street Cry’s turnaround in form and he will say “two or three sausage rolls a week”.

Street Cry (Fernando Bale-Joyce Rumble) ran a scorching 29.68 to win at Lismore on Tuesday night, scoring by seven and a half lengths after coming out of the boxes and stumbling “onto his nose”.

The dog was in Tony Brett’s kennels up until May this year showing great potential before switching off.

Owner Jamie Thompson from Dubbo bought the dog as a pup and he was reared and pre-trained by Mick.

“Jamie rang and asked me to take him back and I decided he needed a big boost to his confidence,” Mick said.

That’s when the dog became a companion dog around the kennels.

“He would come with me in the car to pick up the milk or the newspaper and would get a sausage roll as well two of three times a week,” Mick added.

“And it has worked on him. He was 81 days between race starts. I gave him a full month away from any training and went back to the basics with him.”

Street Cry has now won his past three starts, three of four for Mick, including a win at Grafton and two at Lismore.

Immediate plans, with Covid impacting movement around the country, could see Street Cry head back to Grafton and then a Young Guns series at Ipswich.

“I’d like to go to Wentworth Park with him but Covid has put paid to that for the moment,” Mick said.

He admits he was not expecting a 29.68 performance on Tuesday night.

“Considering that he came out on his nose and still ran that time.”

Street Cry was the second of a winning double for Mick with both owned by Jamie Thompson.

The other is Sonic Street (Fabregas-Joyce Rumble), a younger half-sister to Street Cry which won her maiden on debut in 15.29.

Jamie and Mick share a July 7 birth date so they have formed the “Same Day Syndicate” to race both dogs.

Street Cry, which ran some blazing run home times for Tony Brett early in his career, is a litter brother to class gallopers Louie Rumble and Rumble Ranger.

Street Cry is named after the thoroughbred champ which won the Dubai World Cup and became the sire of legends Winx and Zenyatta.