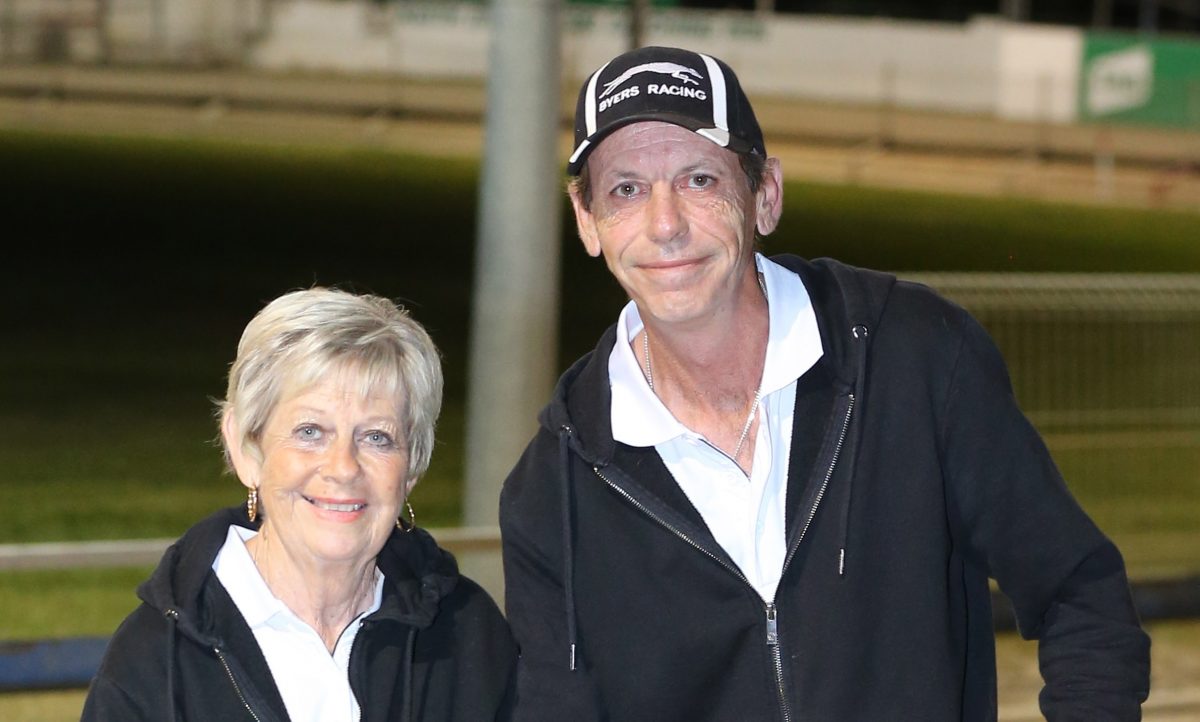 And Spring Kono made full use of the opportunity, blitzing her rivals to win her heat in a scorching 30.10.

Racing Queensland (RQ) advised early in the week an inspection of the new kennel block at Ipswich deemed the additional kennel bays were not yet ready for use at a race meeting.

RQ then restricted the Ipswich Cup meeting to 10 races rather than the 12 races programmed.

Pauline and Shane had planned to nominate for a graded race on Cup night with Spring Kono.

It was only at 9am on the morning nominations closed that they decided to change plans and head towards the Cup.

Spring Kono, off box one in her heat, led throughout to win by three lengths over Lucky Lance with almost nine lengths to Security Code in third.

The finalists for next week’s @tabcomau $113,000 Ipswich Gold Cup are set with Spotted Elk booking her spot with a breathtaking win for Graham & Leanne Hall! Not to be outshone, littermate, Extra Malt,is also through to the Final #QLDisRacing pic.twitter.com/vhFWnKoS2X

She had already run third in the Ipswich Futurity.

It was Spring Kono’s ninth victory in just 17 race starts. Early in her career she put together seven straight wins over 431m.

Showdown will be out to add to recent wins in the Albion Park Silver Dollars and Ipswich Derby.

Showdown and Strategise were bred and are raced by Peter and Sonia Davis and their dams are litter sisters from the famed Cheeky Sprite family that boasts champion Queen Lauryn.

Yet another Cup finalist from this same family is Captain Bizarre from Kerry Bussain’s kennel.

Captain Bizarre is from the same Queen Of Cyprus female family as Saturday night’s Group 1 Topgun finalists, litter brothers Do It and Mr Fix It.

Litter sisters, Spotted Elk and Extra Malt, both won their Cup heats in 30.33 and 30.34 respectively for Graham and Leanne Hall.

Steve Kavanagh’s star sprinter Louis Rumble made yet another feature race final when he won his heat in a fast 30.28.