JASON MACKAY received a text message around midnight last night that made the long, long trip home from Dubbo a bit more bearable. 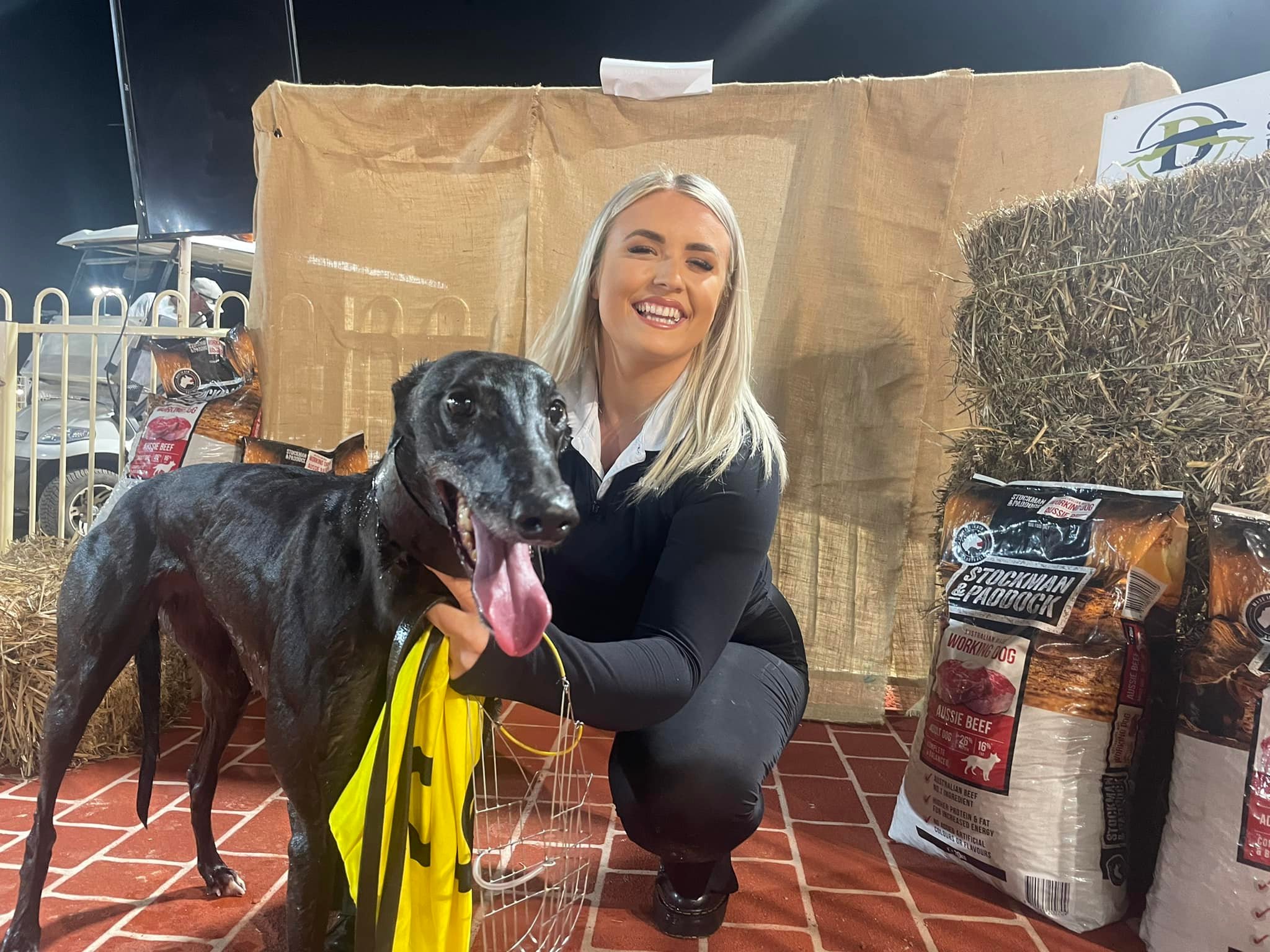 JASON MACKAY received a text message around midnight last night that made the long, long trip home from Dubbo a bit more bearable.

The text came from owner, Victorian David Jolley, and it included the box draw for the inaugural final next Saturday night of the rich Stockman & Paddock Country Classic (605m) at Dubbo.

The Jolley-owned and Mackay-trained Fantastic Raven had drawn the four box for next weekend’s final.

While the four is not ideal, what pleased Mackay the most is that she has drawn inside Chase Me Honey for the final.

“It gives our bitch a great chance of holding the early lead,” said David. “And, if that happens, anything can happen in the final.”

Fantastic Raven (Fernando Bale-Fantastic Dotty) ran 34.87 to win her semi-final of the Country Classic beating Impatient Devil by a head.

She has been in the Mackay kennel only since Christmas.

“I got her from a great mate Gavin Crook who had to give up his greyhound interests and head back to England,” said David.

“Jason had trained a dog called Zipping Bram for me some time ago and he is such a great trainer, very inclusive with his owners, so it was an easy decision to ask him to give Raven a try.

“She has improved out of sight for Jason.”

While the Country Classic, and its rich winner’s purse, are a huge lure, Mackay is also targeting bitches classics like the Richmond Oaks and Ladies Bracelet with Fantastic Raven in the immediate future.

“But the real beauty of Raven is her potential as a broodbitch,” said David.

“Her litter has won near on half a million dollars and her mother was a wonderful track record-breaking bitch on the track.

“Raven has tremendous early speed so we are hoping that puts her right into next week’s final.”

So, did Mackay have any thoughts on next week’s biggest danger in the final.

“All he was worried about was being drawn inside Chase Me Honey,” said David.