ON the eve of his induction into the US greyhound racing Hall of Fame, hugely successful stud dog great Sh Avatar has passed away peacefully. 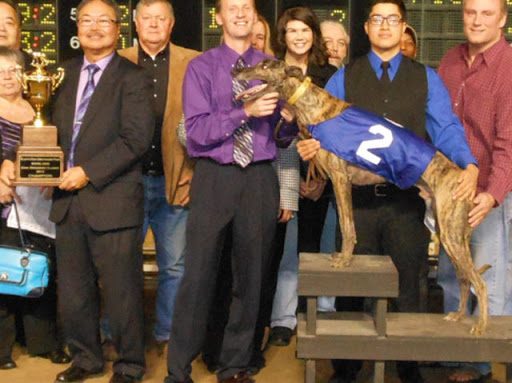 ON the eve of his induction into the US greyhound racing Hall of Fame, stud great Sh Avatar has died.

The son of Kiowa Mon Manny and Tom S Caterwaul made his presence felt at home and in Australia by producing such racetrack stars as Million Dollar Chase hero Handsome Prince and prolific winner and Group star Ebby Ripper.

One of the very best race dogs of his era in the US where he was a member of the All America team twice, Sh Avatar was the US’ highest stakes earning greyhound of all time.

He twice won the Bluff’s Run Breeders Classic and also won the Summer Cship and ran a track record at Bluffs Run. He was placed in the Bluffs Run Open.

The leading sire in the US, Sh Avatar had been living the life of a pet with his former trainer Darren Flahive in Kansas City.

“He was an absolute superstar on the racetrack in the US and earned $700,000,” Collins said.

“I had known Bob for some time and our friendship allowed Australia to access the dog’s semen for breeders here.

“It came out here at intervals.”

Collins says the legacy of Sh Avatar is already been shown through his daughters in Australia.

“The current star of Victorian racing Qwara Bale is out of a daughter of Sh Avatar,” he said.