WOW She’s Fast will return to the track for the first time since her The Phoenix triumph when she lines up in a heat of the Warragul Cup on Friday. 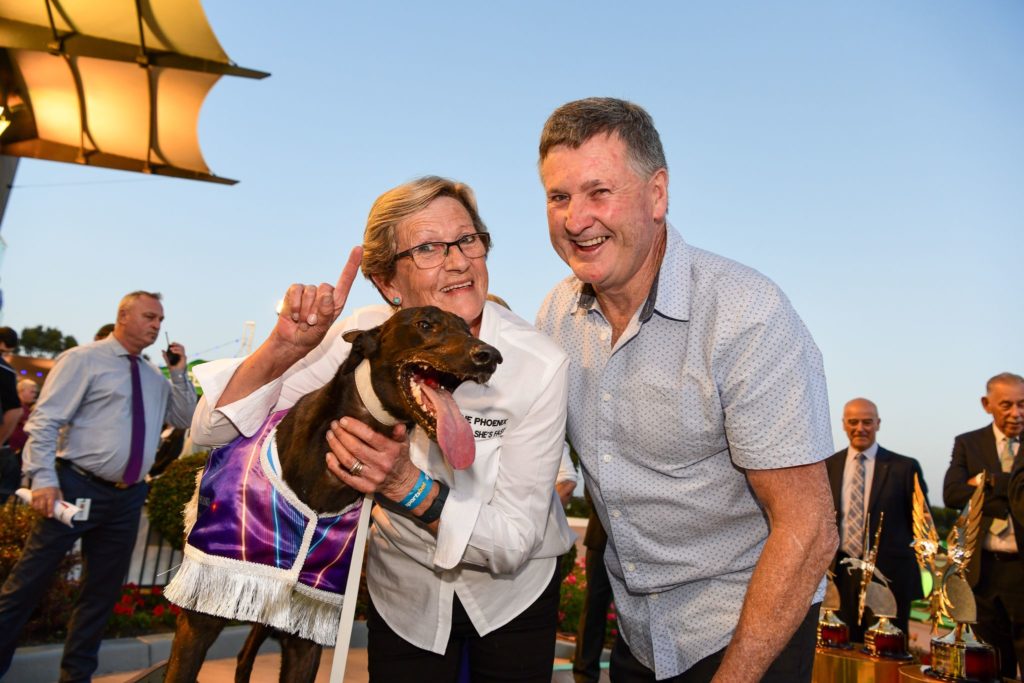 THE brilliant Wow She’s Fast will return to the track for the first time since her amazing The Phoenix triumph when she lines up in a heat of the Warragul Cup on Friday night.

Still a month shy of her second birthday, co-trainer Kel Greenough opted to tackle the group 2 Cup over a tilt at the group 1 National Futurity at Wentworth Park, the heats of which coincide with the Warragul Cup final on Friday January 15.

“It was a tough decision to make because she is probably more suited going to Wentworth Park and racing against bitches her own age than taking on open age dogs in a country cup,” said co-trainer Kel Greenough.

“But it’s more the circumstances than anything. When we made the decision (to go to Warragul) the Covid cases in New South Wales were already in the thousands, and it would have been three trips to Sydney if she made the final (including a trial).

“In the end there’s not a lot of difference in prize money, but it’s only 50 minutes to Warragul compared to 10-12 hours to Sydney.”

With the decision to stay local made weeks ago, Greenough has trialled Wow She’s Fast twice ahead of Friday night with her most recent effort delighting the veteran conditioner.

“She went 25.27 which is only eight one hundredths off Shima Shine’s track record,” he said.

“She’s a very strong bitch but will need a little of luck early. Her first section is OK, the second section she can light them up and then keeps coming. But in any race, any track, you need a bit of luck.

“I find Warragul to be a pretty tough 460m because of the long straight which will suit her. The fact is that she can run the time.”

Wow She’s Fast burst onto the racing scene when she became the fastest maiden winner at Sandown Park last September, but it was her powerhouse performance in The Phoenix that stamped her as one of the country’s premier sprinters.

While her performance in the slot race suggested a rise in distance could suit, Greenough indicated that she will continue over sprinting trips for the foreseeable future.

“The main money is in the sprinting races. At some point we’ll probably give her a crack over 600m and see how she handles it and she may go further, but when you have a bitch that who has got a little bit of early speed, really good mid and a really strong finish I don’t see the sense in pushing her up early.”

Wow She’s Fast will jump from box three in race eight at 9.12pm.