LINE Of Quality could be the knockout dog in the opening semi-final of the Stockman & Paddock Country Classic semis at Dubbo on Saturday night. 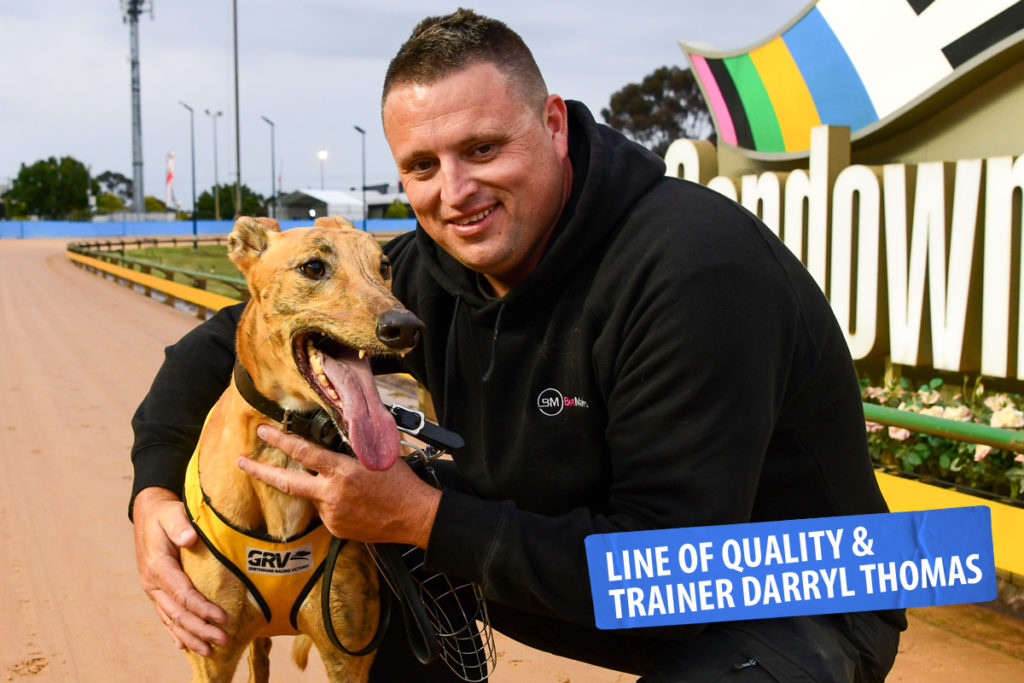 LINE Of Quality could be the knockout dog in the opening semi-final of the Stockman & Paddock Country Classic semi-finals (605m) at Dubbo on Saturday night.

“He’s got the right box to put him right into the race,” said trainer Darryl Thomas of the son of Kinloch Brae-All Quality.

“If he had not drawn the red, we would not have been as confident.”

Line Of Quality, winner at 14 of his 30 race starts, meets a tough field including Jarick Bale, Billy Creek and Aston Ulysses and Thomas is well aware of the task facing the dog.

“The rails give him a great chance of qualifying for the rich final,” said Darryl.

“And the fact it is a bend start also gives him the chance to be much closer to the leaders early in the race.”

Thomas has read the form of the semi-final.

“Cool Bourbski drawn the two likes to use a bit of the track and if Jarick Bale doesn’t come out like he needs to he could get caught up early,” he said.

“Billy Creek is going great but is not well boxed in five on a corner start and Aston Ulysses is a big dog and likely to be coming over hard early.”

Thomas has no qualms about heading to Dubbo on Saturday night without Line Of Quality having seen the track.

“He always goes good first up on a track,” he said. “He ran second in the Group 1 Zoom Top to Gypsy Wyong without having seen the track.

“And he was going to win that race until Gypsy Wyong checked him at a vital stage.”

That trip to Victoria has “sparked up” Line Of Quality.

“I thought a few weeks back he was maybe needing a bit of a break, but since he has come back from Victoria, he is trialling better than ever,” said Thomas.

“It is a field of very fast dogs and it will be hard to give them a big start and run them down.

“But, he’s going better than ever and we fancy our chances, at least to get into the final.

“This dog can win any race he goes in. He’s that good.”