Little Zephyr 'Not For Sale' At Any Price

PREMIER Queensland trainer Darren Russell's ears will be ringing for most of the day after he rang Julie King this morning to try to buy Little Zephyr. 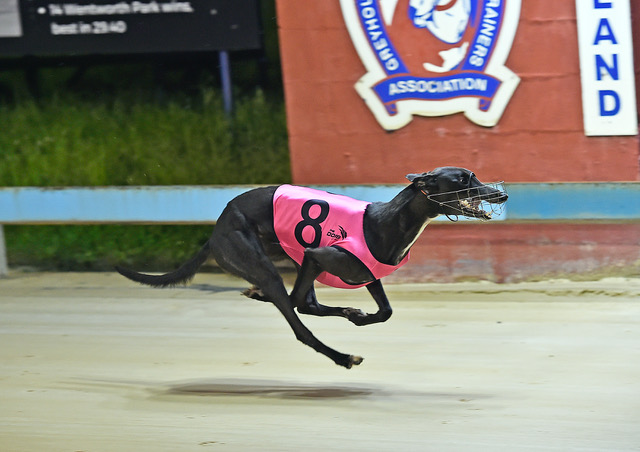 PREMIER Queensland trainer Darren Russell’s ears will be ringing for most of the day after he rang Julie King this morning to try to buy Little Zephyr.

“I hate it when people try to make an offer for our dogs,” said Julie. “So often it brings bad luck.”

Russell is a fabulous judge of a greyhound and, like anyone who witnessed Little Zephyr (Fernando Bale-Barcia Jeanes) win at Maitland on Monday night in 25.07, he is well aware of the bitch’s potential.

“I would not even let Darren make an offer,” said Julie. “I told him straight away she is not for sale.”

Little Zephyr scored by almost six lengths at Maitland beating Jason Mackay’s Seymour Thunder which started favourite for the race at $1.90 just in advance of Little Zephyr at $2.00.

“She is pretty special,” said Julie. “I picked her out as a pup in the paddock.

“There was always something about her.

“We believe she could be a group race dog.”

Little Zephyr made a dramatic race debut back in December when slammed under the running rail in a heat of the rich Christmas Maiden at Lismore.

“We had to give her time to get over that,” said Julie. “But she came back to win her maiden at Grafton and then we headed to Albion Park late last month with her.”

Astute form watchers labelled her a hot prospect when she led and was just run down by Queensland’s boom youngster Black Comanche in 29.92 on a wet track.

It came just days after a $100,000-plus offer had been made for Black Commanche.

“She’s had only a couple of post to posts at Albion Park and had never been 520 metres,” said Julie.

The trip to Maitland was not without incident, Julie and Jim having to negotiate flood waters on the trip there.

“It was pretty wet at Coopernook on the way to Taree,” said Julie. “Then on the way home we copped it with rain.”

They arrived back at Warragai Creek, just outside Grafton, at 4.30am.

Dam, Barcia Jeanes (Barcia Bale-Pink Jeanes) won only four races in an 18-start career but they included a 29.88 Novice win at Albion Park and a 34.67 win at her 600m debut there.

“Jim and I had an argument about it this morning,” said Julie.

“He wants to go back to Albion Park for races like the Flying Amy Classic.

“I’d like to see her at Wenty which I believe will suit her.”

It is a good problem to have. Darren Russell would agree.