TRAINER Rob Tyler’s long running saga in relation to lay betting charges has come to a conclusion with GWIC handing down a six-week suspension. 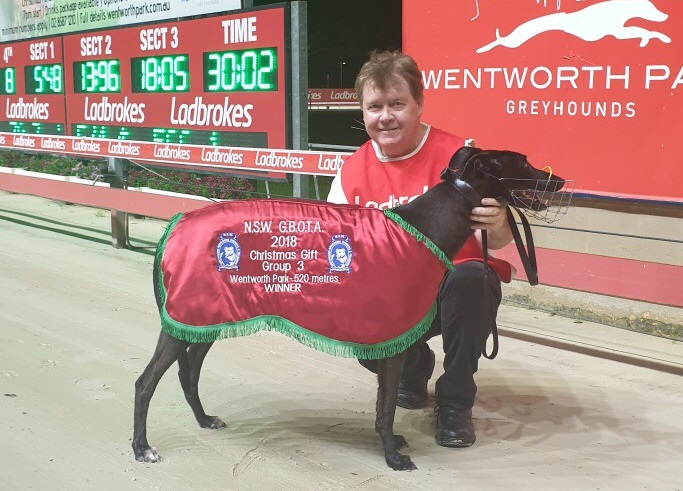 TRAINER Rob Tyler’s long running saga in relation to lay betting charges has come to a conclusion with the Greyhound Welfare & Integrity Commission (GWIC) handing down a six-week suspension.

Tyler was represented throughout the five-month ordeal by top racing lawyer Paul O’Sullivan who argued strenuously that the betting activity raised no integrity concerns.

“Thereafter, alternative charges were laid. These charges were of a type that to my knowledge had never before been prosecuted in any racing code.”

Back in March, Tyler was issued a show-cause notice over alleged breaches of Greyhounds Australasia Rule 87 which prohibits owners and trainers from laying their own greyhounds.

The show-cause notice included an interim-suspension order which came into effect on March 5 just hours after Tyler guided Crazy Cool to victory in the Group 2 Richmond Oaks.

A fortnight later, O’Sullivan successfully appealed the interim-suspension at the Racing Appeals Tribunal, allowing Tyler to return to the industry while the matter played out.

On May 5, O’Sullivan represented Tyler at a GWIC hearing to defend 16 charges for alleged breaches of the lay betting rule between April 2019 and January 2021.

Tyler pleaded not guilty to all charges where 14 of the 16 were ultimately dropped by the Commission.

That triggered a further review of Tyler’s betting activity and after moving to a different facet of the rule, GWIC charged Tyler with 18 new breaches in respect to exotic wagers which totalled $900.

In a bid to have the exhaustive and expensive matter brought to a conclusion, Tyler elected to plead guilty where a six-week suspension was imposed.

“The charges did not raise any integrity issues,” O’Sullivan said.

“Hopefully participants are educated as to what forms of punting are permissible.

“The gravity of the charges, to which Rob pleaded guilty, are reflected by the penalty of a six-week suspension.

“Rob’s history within the industry, over a long period of time, is impeccable and this also impacted on the penalty.”

In making their determination, GWIC considered O’Sullivan’s submission that Mr. Tyler was not aware the bet types he made were in breach of the rules and that the breaches were of a technical nature.

O’Sullivan successfully argued that given no trainer had been previously charged for this type of conduct it should be treated more leniently.

Some of the races in which Tyler was charged were in events greyhounds he trained were successful.

Included in Tyler’s suspension is a positive swab matter in respect to his former star bitch Zipping Truvy.

On that matter, veterinary advice was tendered to the Commission to explain the origin of the positive to Dexamethasone.

In late March, GWIC issued a press release titled “the integrity of wagering on greyhound racing”.

That release declared the Commission’s intention to “inform participants as to what is and isn’t acceptable in terms of wagering in races they are engaged in over the coming weeks.”

No such information has been disseminated to participants.

“This decision will serve as a deterrent to NSW greyhound trainers that placing bets on greyhounds they train to lose or be beaten by other greyhounds is a serious breach of the Greyhound Racing Rules,” GWIC said.

“A suspension, or disqualification in certain circumstances, may be imposed for any breaches of the betting to lose rule.”