LUCKY Hero will go into Thursday's Dashing Corsair Final as a $14 chance despite winning his heat and landing a massive betting plunge last week. 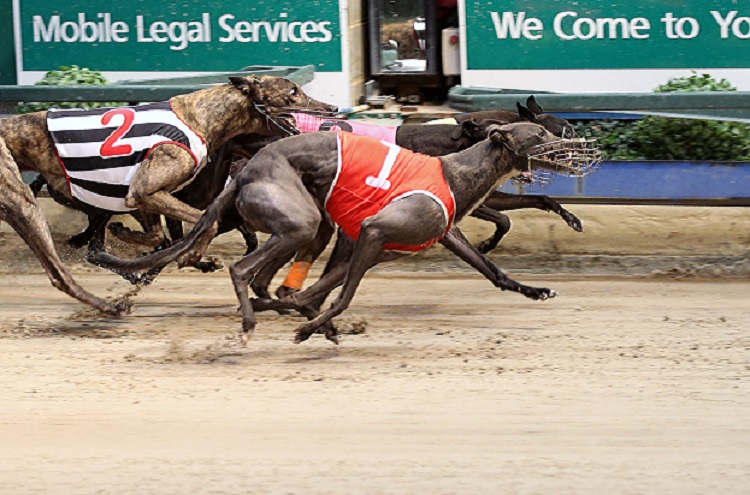 Trainer John Catton admitted he and the dog’s owners had backed Lucky Hero down from $100 to $10 when he upset Group 1 staying bitch Maggie Moo Moo in last week’s heat in 42.23, the fastest of two Dashing Corsair heats.

“One of the owners won enough to buy a two-bedroom unit at Surfers Paradise this week,” Catton said.

“The rest of us didn’t win that much but it has been a fantastic win.”

Catton said Lucky Hero’s early quote of $14 for Thursday night’s final is “way over the odds”.

“We know he has been crying out for 700 metres,” Catton said.

“He’s such a strong dog and when he got so close in the back straight I knew we were home.”

Catton says the dog has improved with the run.

“It was a sensational gallop and Lucky Hero is not a sprinter.”

The son of Fernando Bale and Avondale Queen has drawn the six for this week’s final and Catton believes the dog is drawn to get a good cart into the race early.

“It’s a really good field,” he said. “I think Classy Ethics could give us a nice run into the race. She likes to get away from the fence at times.

“The early pace in the race could see us settle handy to the lead.

“I just hope we don’t get mixed up in the backwash of an early scramble for the lead at the first turn.”

Catton says Pump It will be the big improver for the final.

“Her owner-trainer Mark Saal has always believed she would make a great 710 metre bitch,” he said.

“Her run last week was great and she will find something on that. The track was heavy last week and that told on her in the final 30 metres.

“I also expect Maggie Moo Moo to improve. She was having her first run back at Albion Park since her Melbourne campaign and she is drawn to be able to run home hard.”