LYNDALL Brand admits to being "overwhelmed" with having one of the top chances, Light My Flyer, in the Molly Campbell Silver Dollars at Albion Park. 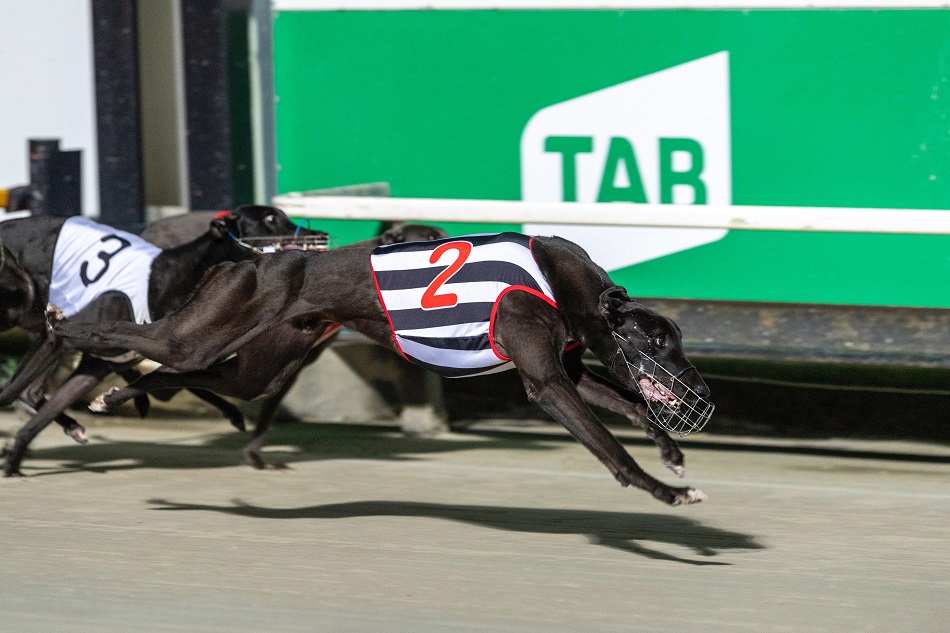 LYNDALL Brand admits to being “overwhelmed” that she has been training since just February and on Thursday night has one of the top chances, Light My Flyer, in the Molly Campbell Silver Dollars Final (520m) at Albion Park.

Lyndall is 55 and until February had never trained a greyhound, but that does not tell the full story of her involvement in racing.

Her mum, Diane Hannon, has for decades been one of Queensland’s best greyhound trainers and Lyndall has been by her side as a helping hand for all that time.

“I’m just so overwhelmed to be racing dogs against such great trainers,” Lyndall beamed.

But that has not stopped her producing Light My Flyer and his litter brother Feel The Beat to be city winners and feature race class.

Feel The Beat made the final of the Group 3 Vince Curry Maiden earlier in the year but had to be scratched when he came down with kennel cough.

For Lyndall the success of the two brothers is part of her long-time association with the family.

“I whelped their mother Fernvale Flyer and then helped their owner and breeder Tony Short to whelp this litter,” Lyndall said.

“Tony asked me to train the three males in the litter and here we are.”

She has seen an improvement in the finishing strength of Light My Flyer in recent weeks.

“I decided to take almost a kilo off his weight and it has made him go to the line stronger,” she said. “He ran 30.12 two runs back, his best time at Albion Park.”

Of her dog’s chances in the Molly Campbell final, Lyndall is realistic with Light My Flyer coming out of the five.

“He likes to scout wide in his races and I’m hoping he can clear them early to set up a lead,” she said.

“But Jedda Cutlack’s dog Showdown in the one box will be hard to beat.

“Sammy (kennel name of Light My Flyer) has always been a strong beginner.”

Lyndall says she still gets plenty of training advice from her mum and Diane’s partner Reg Hazelgrove, but her own son Josh has been a huge helping hand in the preparation of the small team.

And that team is about to expand with a Sulzanti and Fernvale Flyer litter now 14  months old destined for Lyndall’s kennels.