A return to circle racing has been put on hold for Capalaba great Magical Trav which will take his place in Sunday's Straight Of Origin Final. 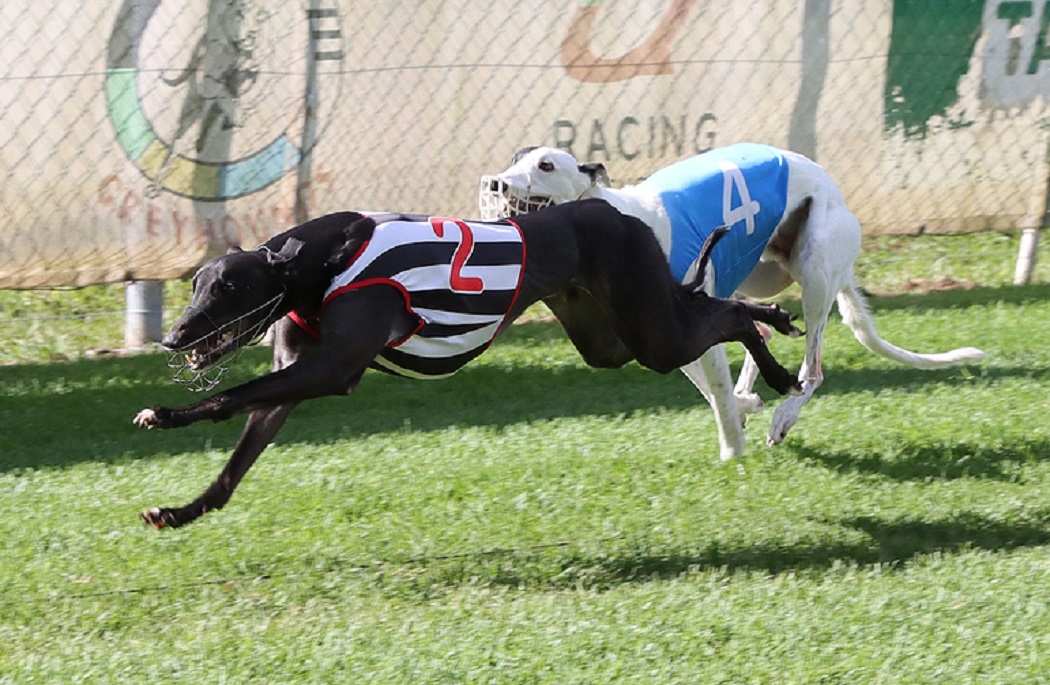 A RETURN to circle racing has been put on hold for Capalaba great Magical Trav.

The son of Fernando Bale and Cyndie’s Magic goes into Sunday’s Straight Of Origin final with a record of 21 starts for 16 wins, all but one of them up Capalaba, and coming off a heat victory last weekend in 19.57.

Terry Priest, who leads the Capalaba Trainers’ Premiership this year with 34 wins, trains the dog for Cyndie Elson and her husband Bill.

“He’s had a few recent slips at Ipswich to get ready for a return to circle racing and he has really flown,” said Priest today.

“But with the Straight of Origin and then the Straight Track Championships looming, a return to the circle has been put on hold.”

Magical Trav has drawn the two box for Sunday’s rich finale but Priest is well aware of the looming presence of fastest heat winner Hara’s Clyde.

“We are not kidding ourselves, Hara’s Clyde has had the wood on our bloke but straight track racing can toss up some interesting results,” said Priest.

“Both Hara’s Clyde (drawn the red) and Magical Trav like to head to the middle, and a few of those drawn in the middle can come across.

“Louis Rumble crashes to the left. There could be a bit of trouble looming in the middle early.

“But what a sensational field for Sunday’s final. All of them are in great form.”

Hara’s Clyde ran the quickest of the heats with a 19.40 performance, the fastest time of the year at the track.

“Billy and Cyndie approached me a while ago to take this bloke on and we have concentrated on Capalaba with him and it has worked wonders,” said Priest.

“The only dogs to get the better of him up Capalaba are Hara’s Clyde and Columbian King.

After Sunday, Priest will target the National Straight Track Championships to be run at Capalaba on August 1 and 8.

Other state series will be staged at Richmond on July 24 and 31, Murray Bridge on July 28 and August 3 and Healesville on July 25 and August 1.

First and second in each state will go to the final on August 15 at Capalaba worth a cool $25,000 to the winner.

“That will be our bloke’s grand final,” said Priest.

Capalaba Straight Of Origin – Sunday May 30