Maiden Group 1 Within Reach For Sims In Mosman

PETER Sims admits he is wary of box one for Peter Mosman chance She's Salacious as he strives to win his first G1 with his first runner at the level. 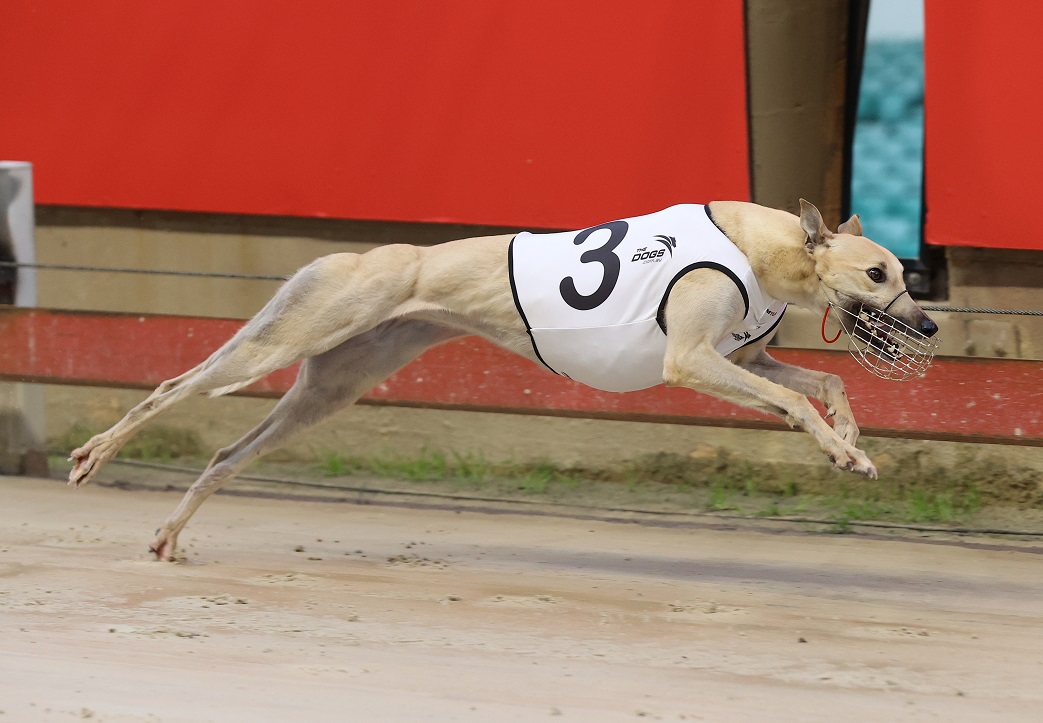 PETER Sims admits he is wary of box one for Peter Mosman Opal hot chance She’s Salacious as he strives to win his first Group 1 with his first runner at the highest level.

She’s Salacious (Aston Dee Bee-Shez Impetuous) comes into the final of the 520m feature for bitches at Wentworth Park on Saturday night off an all-the-way heat win in 30.03.

It had followed a slick track debut win in 29.88 just three days before.

“Yes, I know the rails is a huge advantage in a Group 1,” Sims said. “But I would prefer this bitch had drawn a little wider on the track.”

But Peter has a previous guide to She Salacious’ hopes in the final.

“I’ve only ever had one other runner in a Group final and that was Second Exit in the Group 3 Middle Distance Challenge at Dapto. She drew box one and won,” Sims said.

Peter has huge hopes for the Greg Sprod, Tyrone Whittington bred and raced She’s Salacious, the winner at nine of her 13 starts to date.

“She and two of her littermates came from Martin Hallinan’s place after rearing for me to break in,” Sims said. “They were supposed to head to Victoria for Kel Greenough to prepare but Kel had no room so they stayed here with me.”

She's Salacious and Sophie Zarr Wren are the first two through to the G1 @ladbrokescomau Peter Mosman Opal after running 1 – 2 in Heat 1 @WPGrey.

And Sims is happy they did.

“They show great potential,” he said. “Her sister, She’s A Pearl, broke a track record at Wagga over 320m in a maiden and is a quicker bitch than She’s Salacious.

“But She’s Salacious is a fair dinkum race bitch. She’s A Pearl is not a good race bitch at the moment but it will come to her.”

While Sims would have liked She’s Salacious to have drawn wider on the track, he is still happy to have her in the one box. “Big races are won off inside draws,” he said.

But he has huge regard for all her rivals in the final.

“I know everyone says the other seven deserve respect, but I and truthful in saying that,” he said. “Which one wouldn’t you want to take home if you had the chance?

“I know Reg (Gardoll) has a big opinion of his bitch (Sophie Zarr Wren) and those two bitches of Mick Hardman’s are very smart.

“The bitch in the two (Fernando’s Glory), if she comes out like she can and crosses, it will be hard for any of us to run her down.

“There will be no excuses for our bitch. She has pulled up enormous after the heat win.”