CASTLE Warrior will now be aimed at the upcoming Maitland Cup after sweeping aside a high class field to win Sunday night's Group 2 Bulli Gold Cup. 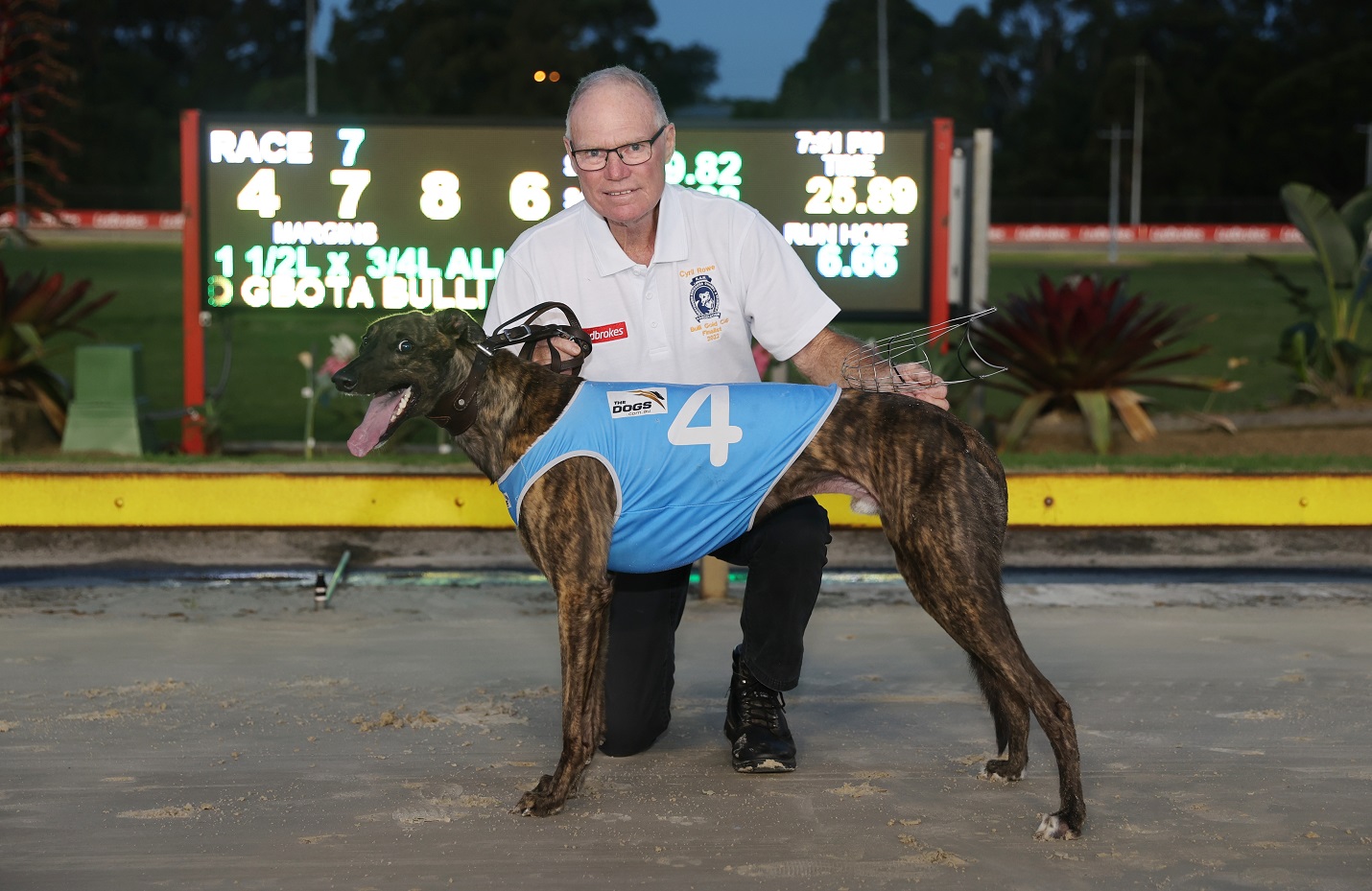 CASTLE Warrior will now be aimed at the upcoming Group 2 Maitland Cup in March after sweeping aside a high class field to win Sunday night’s Group 2 Bulli Gold Cup (472m).

Trainer Mark Wilcox was “over the moon” after the son of Fernando Bale-Shesa Felon, a $10 chance, scored by a length and a half over $2.25 favourite Wow with a half-length to Mickey Doo in third.

Glen Mckinley owns the dog and Mark admitted he and McKinley were confident the dog could go close to winning the rich final.

“Glen backed our confidence with a good bet on him at $10,” said Mark.

Wilcox, who moved a couple of years ago from Bringelly to  the Goulburn district, said the Bulli Gold Cup victory was his biggest in 40 years of training.

“I’ve won three Goulburn Cups and Knocka’s Return was a good thing beaten in a Bulli Gold Cup a few years ago,” he said.

Castle Warrior and Mark Wilcox have caused a bit of an upset and won the @ladbrokescomau Cyril Rowe Bulli Gold Cup tonight, in a very slick 25.89 from favourite Wow and Mickey Doo in 3rd..

McKinley approached Wilcox to take on a couple of youngster last year.

“I had no pups coming through so I decided to give them both a try,” he said. “The other one is Majestic Legend who also won last night.

“We gave this bloke a great chance even though he can take a stride or two to get going out of the boxes.”

That was Castle Warrior’s Bulli Gold Cup. He began fairly but soon used blistering pace to sweep along the rails and into the lead and on to victory.

“I’ve had some good dogs over the years but Castle Warrior is right up there with them,” said Mark. “He is a lovely dog who never puts a foot wrong.

“He has broken 26 at Bulli a couple of times before and had beaten Zipping Conway there a few runs back. That’s why we gave him a great chance.”

“He goers pretty good at Wentworth Park as well,” said Mark of Castle Warrior. “We will target the Maitland Cup next but there are a lot of good races coming up for him.

“The trouble is so many of them run into each other. We have to pick and choose which ones to target.”