JASON Mackay summed it up to a tee ... "how much pressure has Marty and the family put on this dog with a name like that - Zipping Maserati". 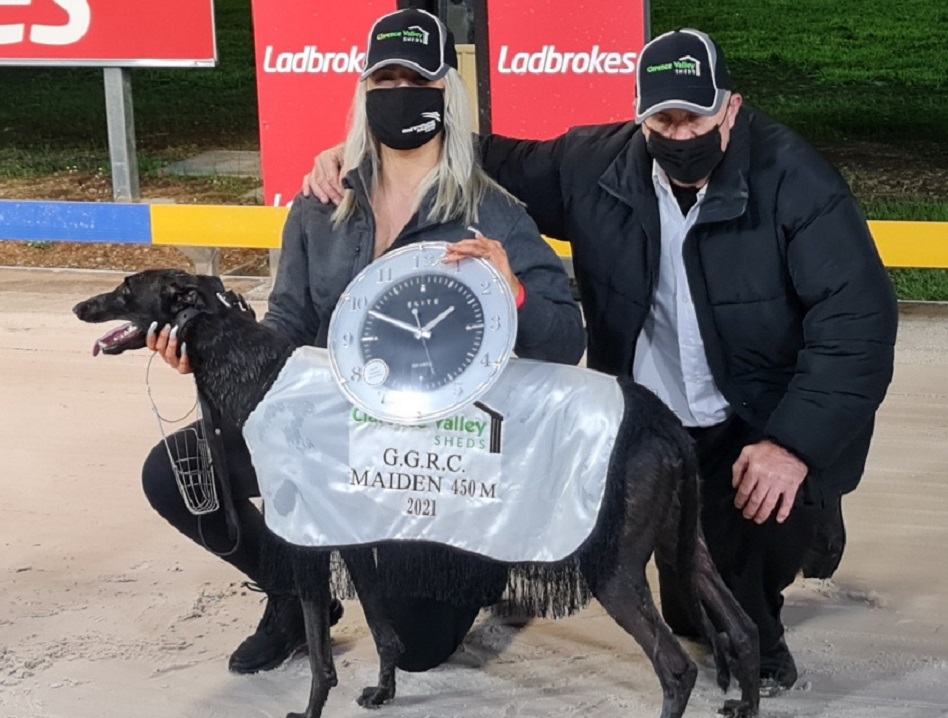 JASON Mackay summed it up to a tee … “how much pressure has Marty and his family put on this dog with a name like that”.

He was, of course, talking about exciting youngster Zipping Maserati.

A Maserati can cost around $140,000 in Australia and delivery these days of the luxury sports car will take months.

The canine version of the low flying vehicle, a son of Zipping Garth and Zipping Lilly, lived right up to his name when he brilliantly won the time honoured Clarence Valley Sheds July Maiden Final (450m) at Grafton on Wednesday night.

It was just the start to a stud career that Mackay and the Hallinans expected of Zipping Garth (Zulu Zeus-Zipping Abby) which won his five career starts in brilliant fashion before an injury enforced retirement.

They have long talked of his ability and what could have been.

Rival, Blue Carat, began like a bomb in the July Maiden final but Zipping Maserati went into overdrive within a few strides and surged to the front in a first section of nine seconds.

His winning time of 25.34 compared more than favourably with More Sauce’s 25.18 in the Sprinters Cup final, and the newly minted track record of 25.10.

And remember, he’s not two until November.

Zipping Maserati’s brilliant exhibition only confirmed what Jason and the Hallinans expected of Zipping Garth.

Marty has been the loyalist of breeders putting no fewer than 18 of the family’s broodbitches to him.

Mackay has been sprouting the credentials of this litter from the time they went into training and now they are delivering for all to see.

Broodbitch owners are a fickle bunch and they demand the progeny of any freshman sire start off with a bang.

That is exactly what Zipping Garth has done via Zipping Maserati and his victory in the July Maiden final at Grafton.

It augurs well for both Garth and his son Maserati. Of Zipping Garth’s first 39 starters at stud 10 have saluted at a tidy strike-rate of over 25 per cent.