Matt's Flyer Set To Take On A New Sensation

MATT Lanigan thought he could sneak into Sydney town on Wednesday night and knock off a heat of the G3 New Sensation with Nyah Nyah Flyer. 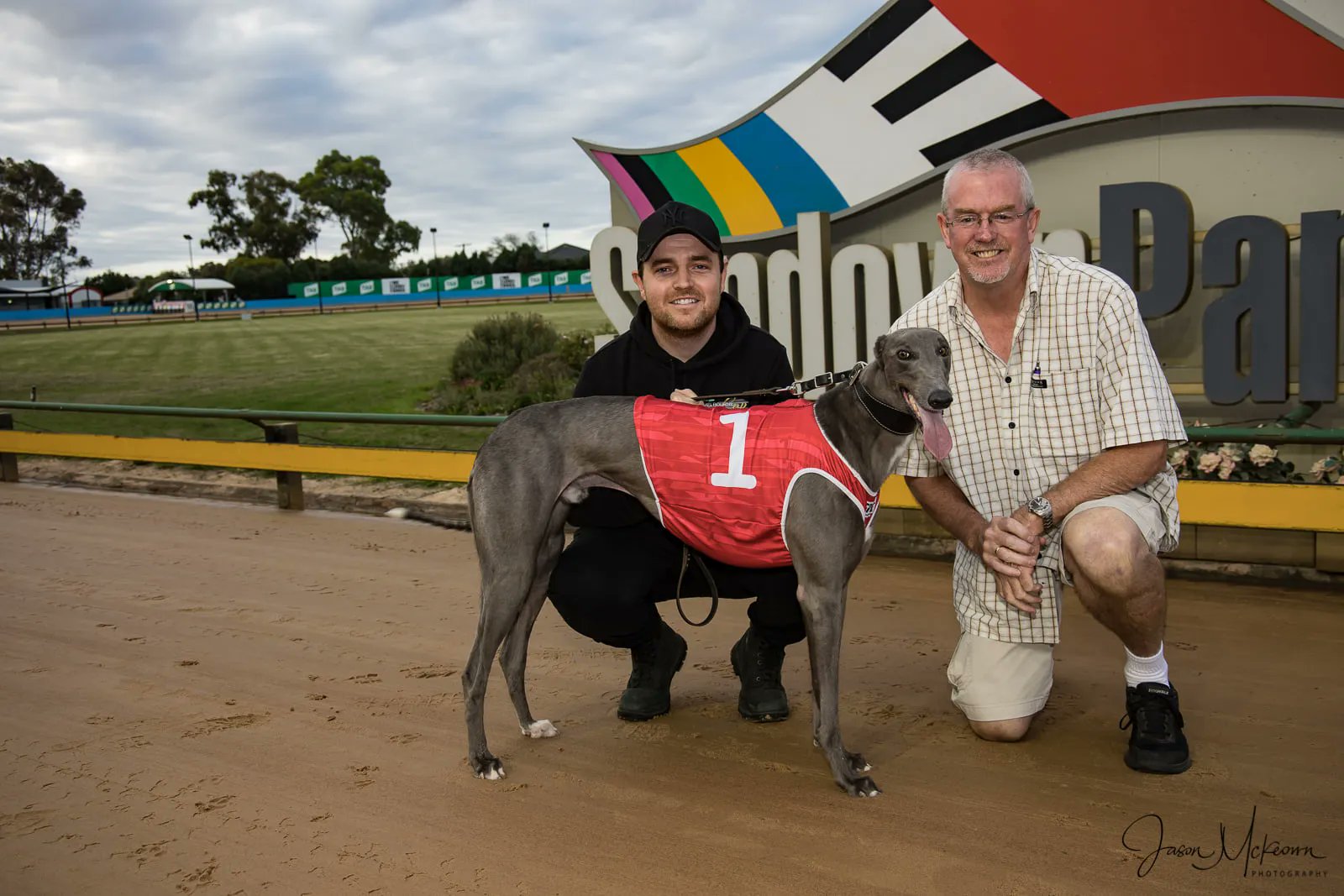 YOUTHFUL Victorian trainer Matt Lanigan thought he could sneak into Sydney town on Wednesday night and knock off a heat of the Group 3 New Sensation with Nyah Nyah Flyer.

He reasoned most of the young stars might be in Melbourne for the Launching Pad, or went the way of the Easter Egg.

Nyah Nyah Flyer (Ritza Lenny-Zipping Spring) has come up with a visitors box in the six in the third heat of the New Sensation and among his rivals is boom bitch French Martini from the Peter Lagogiane kennel.

“I was hoping he could draw an inside box and an easy field,” said Matt of Nyah Nyah Flyer the winner of eight of his 13 starts.

But Matt will head off to Sydney on Wednesday morning with the great traveller Nyah Nyah Flyer and is confident his dog will be hard to toss.

Toby (Nyah Nyah Flyer) enjoying his ice cream after his way today at Horsham! Toby has had two starts for two wins now for his group of first time owners! Well done Toby and connections!🍦 pic.twitter.com/2p67iPFTBf

“I got some mates of mine from the Nyah footy club who are in a punters group, my uncle and a family friend, to come into the syndicate.

“He’s been to Wenty for the heats of the National Derby early in the year and I believe the track will really suit him. He drew the eight in the Derby heat, had no luck at all and was still beaten not far.”

The Lanigan kennel has Slingshot Jonesy in the Launching Pad series and Matt will head straight back to Victoria after Nyah Nyah Flyer runs Wednesday.

“There is nothing between Slingshot Jonesy and Nyah Nyah Flyer when we slip them post to post,” he said.

“But, Nyah can play up in the boxes at times. He scratches at the front and needs to time his start to begin great.

“But, when he hits the ground he is very fast.”

Matt and his syndicate of owners were keen to buy the dog as a youngster.

“There was, naturally, a great connection.

“If Nyah can get through to the final, and drew over near the inside, he can be hard to beat in the final.

“I suppose I should have realised the New Sensation would get strong fields. The Million Dollar Chase is coming up in NSW so trainers would be keen to keep their best at home for that as well.”