NED McDonald has unearthed a potential staying star with Bell Burner running 41.67 at his staying debut at Sandown Park on Sunday afternoon. 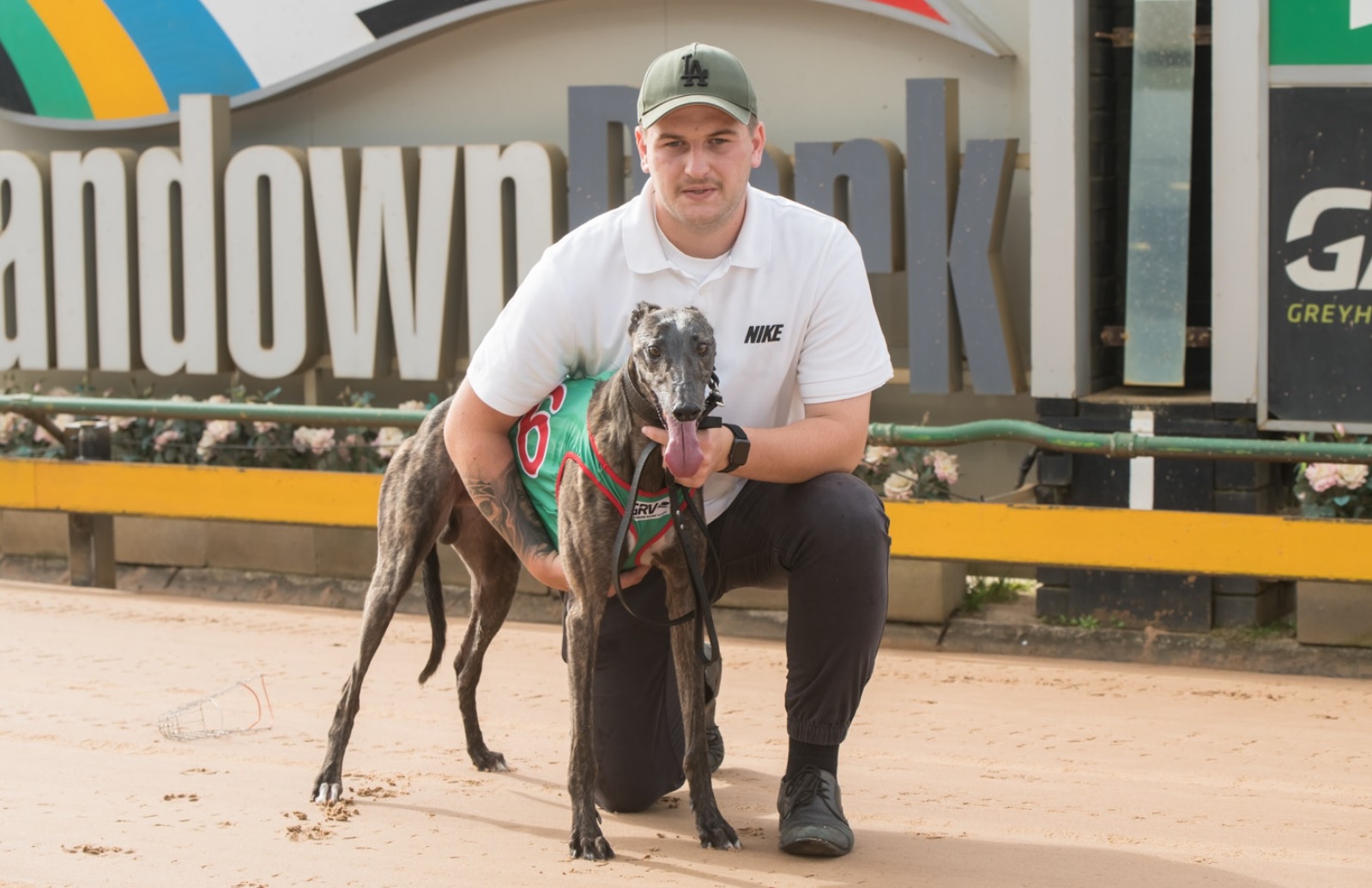 The son of Worm Burner and 2016 Sandown Cup winner Bells Are Ringin’ was sent to the boxes a well-supported even money favourite despite drawing box six for the 715m event.

Beginning fairly, he quickly mustered speed to power to the front and run away to finish six lengths clear of his rivals.

“He goes alright this dog,” said a very happy McDonald.

“I was talking to the track boys after the race and they reckon the track was off a bit so (the time) definitely surprised me. He is a fast dog, don’t get me wrong. If you trial him in a hand slip there he’d break 23. To do it over 700m was good to see.”

Bell Burner arrived in McDonald’s kennel last November and has recorded four wins and four minor placings in 11 runs since, including impressive victories at Sale (650m) and Warragul (680m) and McDonald is confident he will continue to improve with experience over 700m.

“I think he’s a better beginner that what he did yesterday,” he added.

“At Sale and Warragul he jumped a lot better which is what I expect him to jump like, yesterday he missed it and had to muster through the pack.

“We’ll just keep cruising around town and try and pick off the Sunday Sandown and Wednesday Meadows. It’s hard to get races for stayers, but I won’t be dropping back down – he’ll be staying over 700 and if we have to travel interstate then we’ll go and have a throw at the stumps.

“Other than Mambo Monelli, Mepunga Ruby and Zipping Kansas, there aren’t a lot of stayers around at the moment. We’ll have a crack at the Sandown Cup for sure if he’s still well and fit – it’s not often you get a dog that can run 700m so you have to have a go.”

The win rounded out a memorable weekend for owner Glenn Pask and his Four Frothys Syndicate.

The night prior, they enjoyed success at group 1 level with Vice Grip claiming the Perth Cup and Rostered Off running third. The litter-brothers are from Bells Are Ringin’s previous litter to top sire Aston Dee Bee.

McDonald was full of praise for the Four Frothys Syndicate and for Bell Burner’s previous trainer, Gerry O’Keefe.

“The boys (Four Forthys Syndicate) have trusted me with a couple of good dogs which is nice of them. They’re big believers in what I do. They trust me with everything and they let me go about my business, it’s really good.

“Gerry had some health issues last year so he rang me and said ‘do you want to take this dog and train him full time’?

“At the time I didn’t have room in the kennels, but Gerry being the great person he is he helped me out and we moved some dogs around and we took him on.

“I talk to Gerry after nearly every run and I thank him every time for letting me have a crack with the dog.”

The win also continued McDonald’s outstanding recent run which has seen him win nine of his last 17 races, a welcome change from a lean end to 2021.

“We had a shocking run there for six months but some really supportive people around me said just keep chipping away at it because it can turn around quick. Stick to your routine and do what you know and it can change,” he added.

“Luckily the last two months have been quite fruitful so fingers crossed it can keep going.”