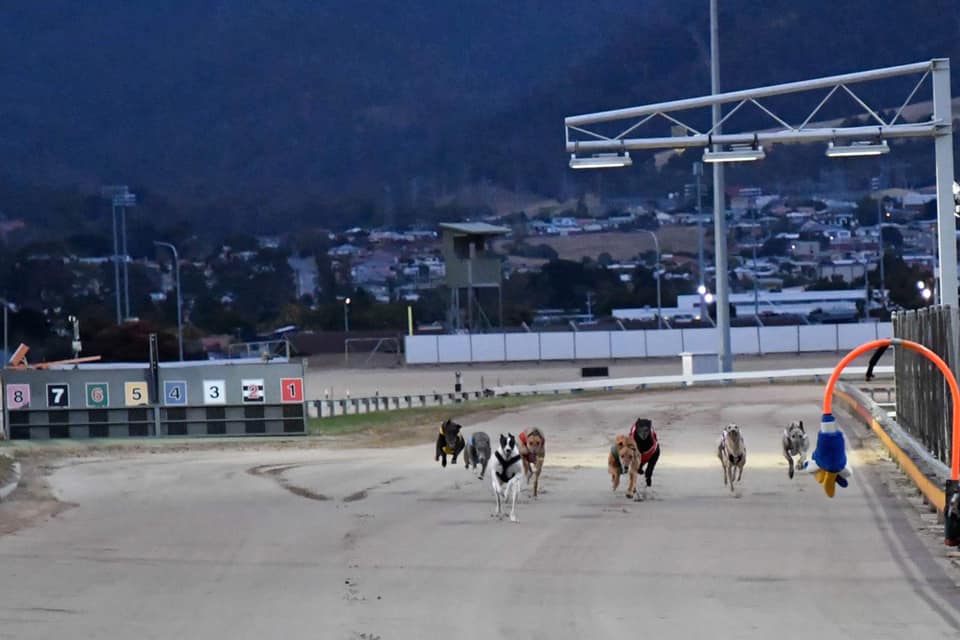 THE Blake Pursell kennel was awarded their first classic race win for 2022 at Ladbrokes Park in Hobart on Thursday night when McInerney claimed the 84th running of the Brighton Hair & Beauty Easter Cup (461m).

In what was a brilliant final field assembled, the Noel Mugavin-owned son of Fernando Bale and Born Ali started one of two main chances alongside kennel mate Green Machine both top of the betting at $1.70 and $4.60 respectively.

One of two Pursell-trained finalists in the $3,475 decider for top graded chasers, McInerney took full advantage of a passage through along the rails to catch the leader Tah Liam down the straight and draw away to win by a length.

McInerney notched up his 13th career win from 34 starts, while also extending his winning streak to four straight victories on end, which gives Blake the confidence to make plans of taking his star chaser back over to the mainland.

“For a dog that is noted to be suited to wider draws he certainly handled the inside draw (box 2) really well which is what I took away from the win, he came from Victoria with good form however he has progressed to a top class chaser.”

Blake gave full praise to his partner Kayla Cannan for her handling duties with McInerney to give the kennel their third classic race winner overall having previously won both an LGRC Winter Stakes and Shane Yates Memorial Cup.

McInerney will race in Launceston on Tuesday and will contest a grade 5 at Sandown Park in Victoria this Thursday.

The victory by McInerney in the Easter Cup capped off a great night for Blake with a winning treble taking out other races on the night courtesy with Gold Symbol in a 461m Grade 5 and Pages Creek in the 599m April Distance Final.

The dark brindle son of Fernando Bale and She’s Grand jumped from box 7 in the $3,235 event, and from the start he gave all his rivals something to chase, by setting up the speed and having a winning break on the field heading in the turn.

Count Bingley dashed well clear in the home straight to score by almost three lengths over Semi Precious in 26.42s.

“He has been a nice dog right through from the start of break-in to having his first race,” Josh Wright said of Count Bingley.

“We had trialled the dog a few times at Devonport and showed a lot of promise, when they didn’t get enough noms for the Easter Purse heats, I decided to enter Count Bingley for the final and he trialled well at Launceston in lead-up.”

Both Josh and his dad John Wright played this initial part of finding the pup to purchase for the Roo Boy Syndicate.

“We brought the Clarence Old Players association back together through COVID-19 and late last year out of the blue, we decided to get a dog and John (Wright) was a trainer at the club with seven other members,” Geoff Doyle said.

Count Bingley was named in honour of 2014 Tasmanian AFL Hall of Fame inductee John Bingley who played for St. Kilda in the 1966 VFL Premiership winning the flag over Collingwood in one of the most famous eras of the sport.

He was also captain-coach of the Clarence Football Club from 1969 to 1972 while winning the premiership in 1970.

The Cascade Draught Easter Plate final, worth $3,250 to-the-winner, was also staged on Thursday night with Debbie Cannan’s Jewel Titan jumping from box 7 to win by 2-3/4 lengths over Pop’s Promise in running 25.96 seconds.