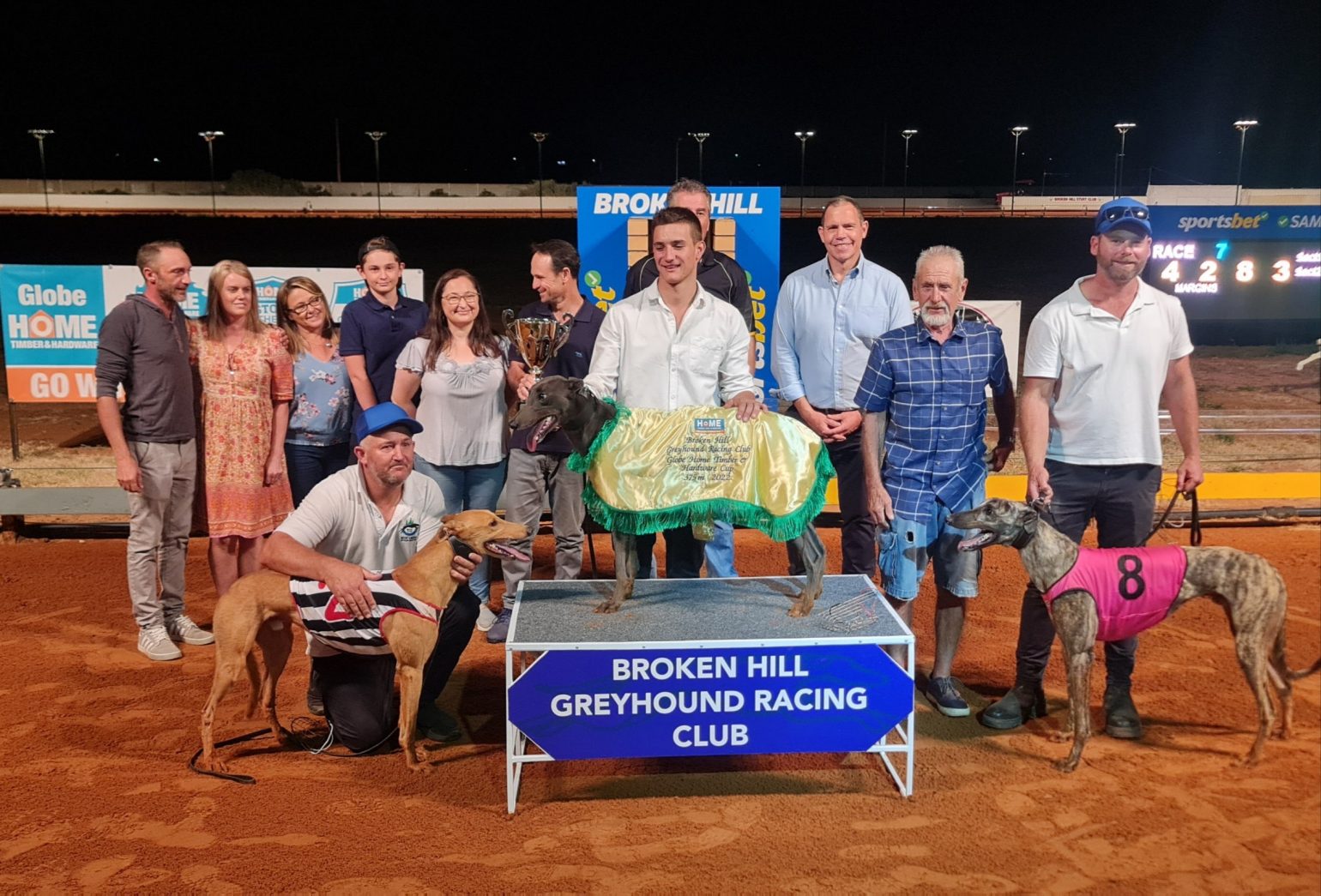 She’s A Hotshot (Barcia Bale-Hillary) led throughout but had to hold a stage surge from Teddy The Bear to score by a half length in 30.41.

Manila Dusk fought on well for third five lengths away and just in advance of the winner’s kennelmate Came And Went the $2 favourite.

She’s A Hotshot had broken the track record winning her heat the week before in 30.28 but the was eclipsed almost immediately by Came And Went who went 30.27.

The winner began brilliantly and opened up a big break around the first turn, while her kennelmate was finding slight trouble.

She's A Hotshot has taken out the 2022 Broken Hill Cup Final in a thrilling photo finish from Teddy The Bear. The Troy Murray-trained South Australian has now earned herself a ticket into the @tabcomau #MDC semi-finals at Wentworth Park on April 29.#thedogs #BrokenHillCup pic.twitter.com/fgTRinT1IS

It was her first feature race victory.

She had been a finalist in the Group 3 SA Oaks, Group 3 Murray Bridge Cup and the SA St Leger.

While the Cup was the feature of the night, Sportsbet also provided sponsorship for the “Fastest Maiden in the Outback” the 375m final won by Aaron Debattista’s Break Ranks.

The son of Zambora Brockie-Xtreme Notice remained unbeaten through the series and scored in the final by two and a quarter lengths.

He downed Showgirl Lexi and Honest Frank in 22.41.

Sportsbet provided $1000 to the Broken Hill Greyhound Adoption Program for every “Sportsbet 4 dog” that won over the two meetings.

A Sportsbet spokesperson said: “Sportsbet were delighted to sponsor the Broken Hill greyhound meetings and create ‘the richest maiden in the outback.’ We were really excited to partner with GRNSW and Broken Hill in an exciting two weeks for the community.”