TED Medhurst knows what it is like to win a Hobart 1000 and the sense of history around the race attracts him more than the $75k winner's purse. 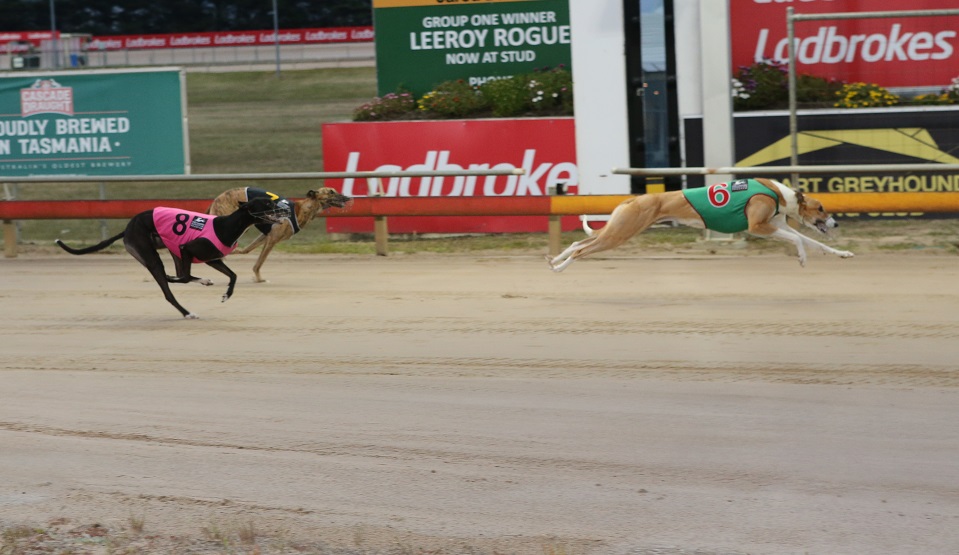 VETERAN Tassie training legend Ted Medhurst knows what it is like to win a Hobart Thousand and the sense of history surrounding the great race attracts him to it more than the $75,000 winner’s purse.

“I’m 62 and I’ve been training dogs since I was 16, so I have seen the Hobart Thousand through its glory years,” said Medhurst.

Medhurst will have two finalists in the 2021 version of the Group 1 race, namely Sacred Stance and Eagles Nest Egg.

“And the Hobart Thousand has always been massive in Tasmania.

“Consider the great dogs who have won it, right back to Benjamin John  and the legend Brother Fox. The mainland trainers have been coming here forever trying to win this race.”

Medhurst believes the box draw has played an important role for next Thursday night’s final over 461m.

It was a terrific clash to start the @ladbrokescomau Devonport Chase heats yesterday where Sacred Stance narrowly edged Blackpool Flash to continue the unbeaten start to his career – https://t.co/VPPK5mKGum pic.twitter.com/ZkGaqyOmEQ

“Of my two, Sacred Stance is desperate for the eight box, and Eagles Nest Egg needs to get as close to the rails as he can,” he said. “If that’s where they draw, they are right in it.

“But, there are a lots of heavy railers in the final and Aussie Secret likes to use the track.

“I reckon those two Victorians (Aussie Secret and Do It) will be big improvers in the final. The run on the track will do them the world of good.”

Eagles Nest Egg landed box three for the finale while Sacred Stance is drawn to his outside in four.

Medhurst has a huge opinion of Cameron Betts’ Sacred Stance (Beast Unleashed-Adorable Lady) the winner of seven of his eight starts.

“He’s done wonderfully,” said Ted. “He’s come from nowhere. When Cameron sent him to us to be educated, he was quite shy. But we educated him with a couple of very good chasers and they brought him along.

“The last trial I gave him as a pup at education he improved six lengths and I knew then we had something.

“When he started trialling prior to racing he kept improving all the time. Then when he came and won in 25.75 at Hobart at his fourth start we knew for sure he was something.”

Of Eagles Nest Egg, Ted said the dog had struggled to “find his mojo” for six months.

“But, the last trial he got before the heats of the Hobart Thousand was outstanding,” he said.

“He’s been around a bit and got the scars to prove it. But he can run into a hole in the final.”

“He beat a hot field that also included Where’s Pedro, Lukeamy and Rylee’s Reward and the like,” said Ted.

“We’ve run a few seconds and thirds as well a couple without much luck.”

Medhurst has 14 dogs in training and another 12 retirees.

“Only a few months ago we lost old Bell Haven with cancer,” he said. The multiple Group winner and finalist was a high class stayer.

“She spent 18 months on the road competing in all the best distance races,” said Ted. “There wasn’t a dry eye on the place when she died.”