TED Medhurst boasts half the field for Thursday's Jared Davies Silver Trophy at Hobart but says that his strong hand doesn’t in any way assure victory. 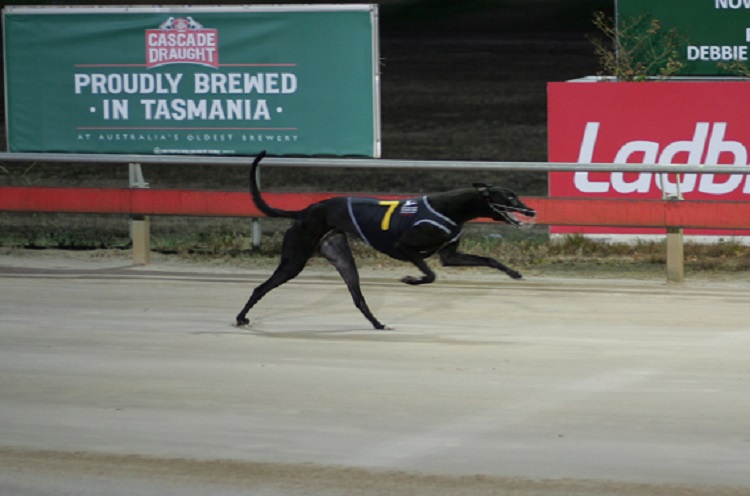 TRAINER Ted Medhurst boasts half the field for Thursday night’s Jared Davies Silver Trophy (461m) at Hobart but says that his strong hand doesn’t in any way assure victory.

“Amy Cora will be mighty hard to beat; my chances will be decided by her more than anything,” Medhurst offered.

Chilled Out (box 3), Mr. Camacho (box 5), Fabulous Baroque (box 6) and Connected (box 8) will represent the Hall of Fame trainer in the best eight event where Amy Cora, five from five at the Hobart 461m, is favourite from box seven.

“I’d say Fabulous Baroque is the best of my chances,” Medhurst said.

“He goes best at Hobart and if he could lead the race I’d say the only dog that could run him down late would be Amy Cora.”

On Monday night at Launceston, Fabulous Baroque finished a narrow second to Wynburn Lethal in the inaugural Shane Yates Trophy (515m) after looking all over a winner.

“We know what he’s like and there’s no doubt he doesn’t really like it at Launceston,” Medhurst said.

“He can wait for them but at Hobart he tends to get moving again quicker.

“If Connected shows his speed and worries Amy Cora early it will make things interesting. But in saying that he doesn’t crash that hard to the fence.

“Chilled Out is outclassed and Mr. Camacho has speed and is consistent but the one to beat is Amy Cora … she’s a top bitch. If she comes out it’s hard to see her getting beaten.”

Medhurst will look to get his night started on a winning note when Hooked On Brenda takes her place from box eight in race one as the short priced favourite.

“She wants the fence but she should have the speed off the eight to come across. She got put out of play last week but it was a total forgive run.”

The remaining Medhurst runner to line-up at Hobart on Thursday night is the fashionably bred Haim in race three from box six.

“I haven’t had a good look at the field but she’s just a little battler,” Medhurst offered.

“Her and some of the litter were ready to go before the shutdown started so they’ve taken some time to get back up to the mark.

“She’s a pretty good beginner with some speed but certainly no champion.”

Favourite for race three is the Adam Whitford-trained Buck Street from box one, while Granola, drawn out in box eight, is open to improvement for Debbie Cannan.