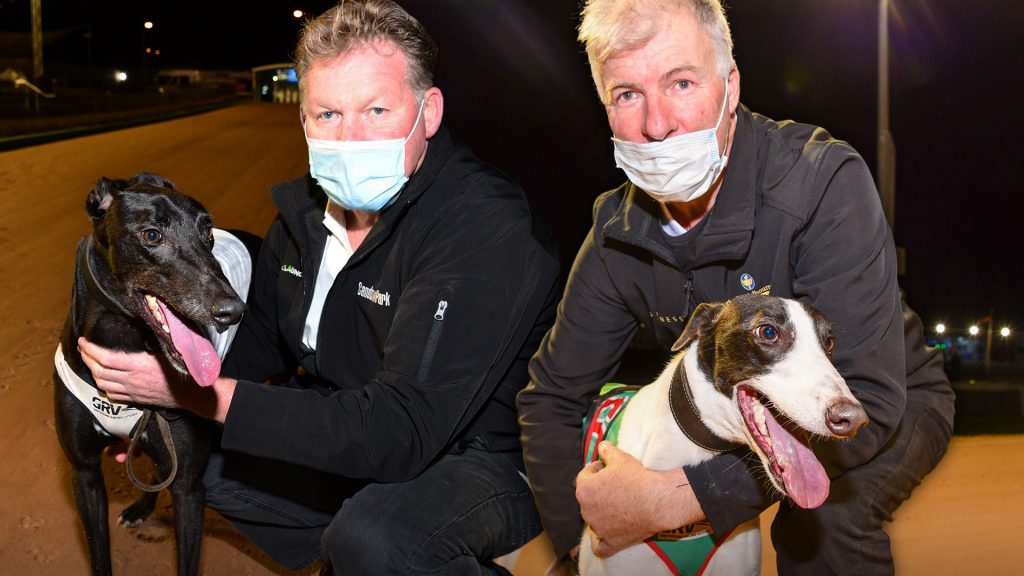 “He pulled up really well,” he said.

“He was great on Thursday morning and nothing has changed since then. He’s had a free gallop and is ready to go for Thursday.”

Rounds has been open in saying that he prefers to race Aston Rupee more often than trial. He bypassed some provincial feature events to concentrate on ‘500’ metre racing.

“I don’t see a benefit to interrupting his racing schedule to trial. It’s an extra run and if he trialled say at Warragul he’d go super fast over 400m, what’s the good of that? He pulls up well and isn’t one that needs 10-14 days off after a run.”

Koblenz returns to Sandown Park for the first time since his 29.21 victory in June. That win was the 11th of his 12 race winning streak.

That streak was snapped when beaten by a nose in a heat of the group 1 Maturity, and despite winning just one of seven starts since, he has been placed in his last 18 starts dating back to April including the group 3 Warragul St Leger and group 3 Cranbourne Puppy Classic.

Trainer David Geall believes that his recent run of outs is a reflection of the high quality opposition he’s met, as well as a poor run of box draws that has seen him draw the inside half of the field just once in his last seven starts. He has box 7 again on Thursday.

“It’s a combination of coming up against top opposition and the wide draws. It makes it difficult to win all of the time but he is going well,” said Geall.

“He ran a beauty on Saturday night (at The Meadows, defeated by Mr. Fix It).

We thought about freshening him up with a break, but given he raced so well we decided to push ahead.

“He’ll go his low five seconds to the first split but it’ll still be hard to get around them. I’m hoping the run of wide draws is teaching him how to handle it better.”

Thursday afternoon will be the third time the pair has met on track and first since Aston Rupee prevailed by a length at The Meadows in July.