MEPUNGA Ruby looks poised to complete the most stunning of turnarounds when she takes her place in next week's Speed Star at The Meadows. 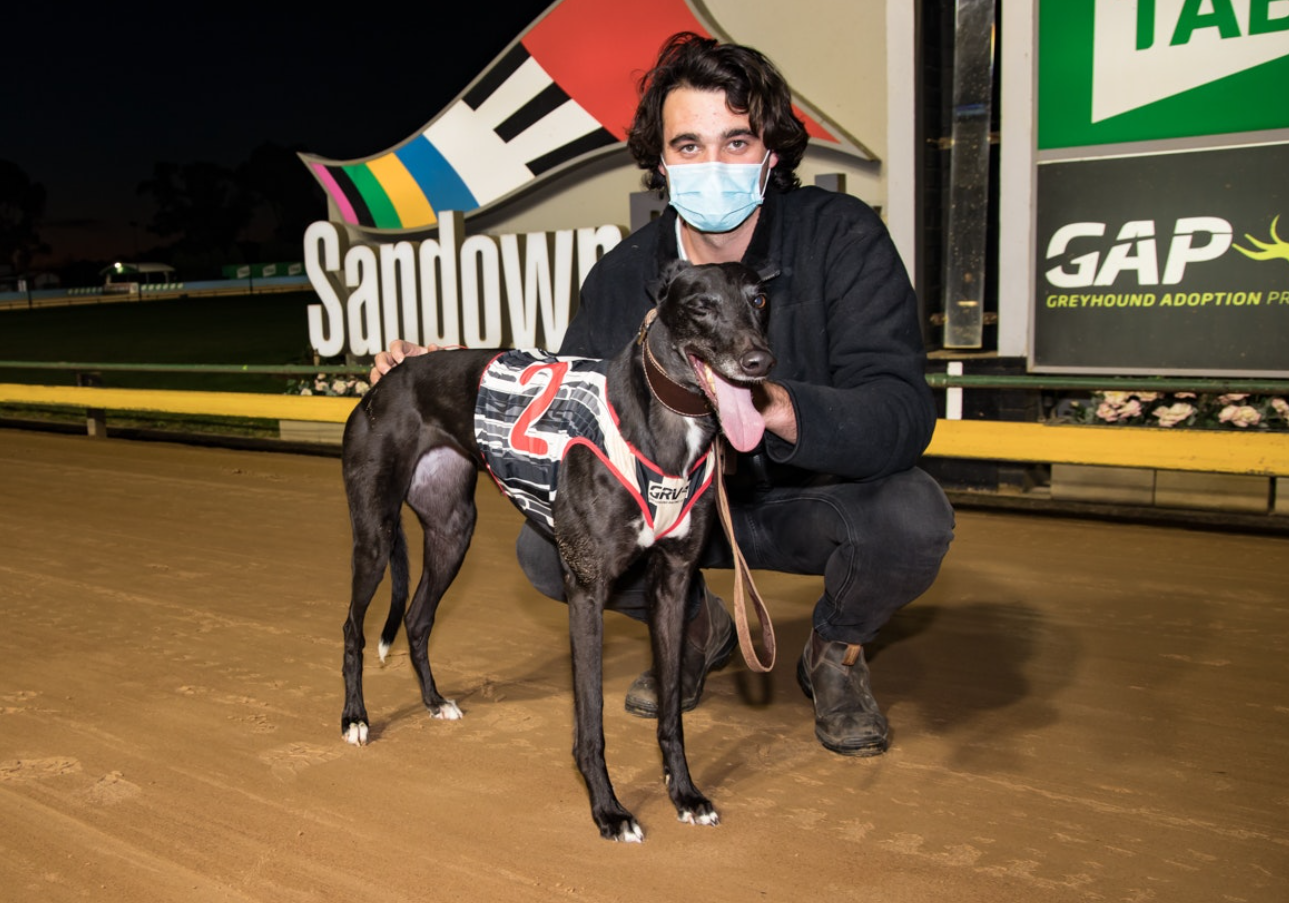 MEPUNGA Ruby looks poised to complete the most stunning of career turnarounds when she takes her place in next Wednesday’s Speed Star series (725m) at The Meadows.

It was last December that the daughter of Fernando Bale made an indifferent racetrack debut at The Meadows – finishing third in a performance that resulted in a suspension for marring from stewards.

Following that indiscretion owner Barry Smith transferred her to trainer Jeff Britton and after a few months on the sidelines the now hugely exciting stayer hasn’t looked back, winning 10 of her next 16 starts with another three placings.

The most recent performance in that rich vein of form was at Sandown Park on Thursday where the budding staying star rattled off a sizzling 41.44 seconds over the 715m – the 12th fastest time ever recorded at the track and the second fastest this year.

“There’s been plenty of chances for her to do something wrong in her races since but touchwood everything is okay,” Britton said.

“Maybe at that first start she hadn’t trialled at the track and just got a bit lost. I gave her some time off and when I satisfactory trialled her at The Meadows she went 29.88 with a great run home.

“I thought from then she might get over a bit longer.”

At her most recent 11 starts, Mepunga Ruby has won eight and finished second on the other three occasions.

Included in those performances have been some dazzling middle distance times.

“The idea of stepping her up had a bit to do with trying to get her out in front a bit easier as well,” Britton added.

“She’s pulled up great after Thursday night and her time was unbelievable. Hank The Hustler went 41.38 for me earlier in the year but I’d say there was more merit in her run last night given the track isn’t as fast at the moment.”

Mepunga Ruby is currently sixth in qualifying order for next Wednesday’s Speed Star (725m) event at The Meadows courtesy of the 42.79 she posted when second to Knicks Bale last Saturday.

The run was superb to finish second after enjoying no luck at all in transit.

“If she was going to do something wrong it would have been then,” Britton said.

“It was her first race start at The Meadows since her debut.”

Britton is set to play a strong hand in next week’s Speed Star program at The Meadows with he and partner Angela Langton boasting the top seeds in both the 525m and 715m events.

“If you go through the qualifying times over all the distances you’ll see the times are really even,” Britton said.

“There seems to be a greater margin on the clock between the dogs at Sandown than there is at The Meadows. I don’t know why but it just seems to work out that way.”

Britton will also be represented by Mepunga Warrior in the 600 metre clash, currently third in the rankings behind the now retired top seed Christo Bale.

And as well as enjoying a big team of Speed Star hopefuls Britton is delighted that his hugely successful young stud dog Mepunga Blazer has a number of offspring qualified for the event also.

“I had a look and there’s six through for the moment headed by Weblec Blazer,” Britton said.

“I couldn’t be happier with how he’s coming along as a sire.”

Saturday night’s meeting at The Meadows will see new Sandown middle distance record holder Collinda Patty try and force her way into next week’s 600m series, while Paul Abela’s top flight stayer Five Star will do the same in a bid for the 725m event.

Both greyhounds will solo trial between races.