Mickey Doo To Clash With Wow Ahead Of Gold Cup

BRANDY Hill trainer Mark Davidson believes his emerging star Mickey Doo has come back from injury two to three-tenths of a second quicker. 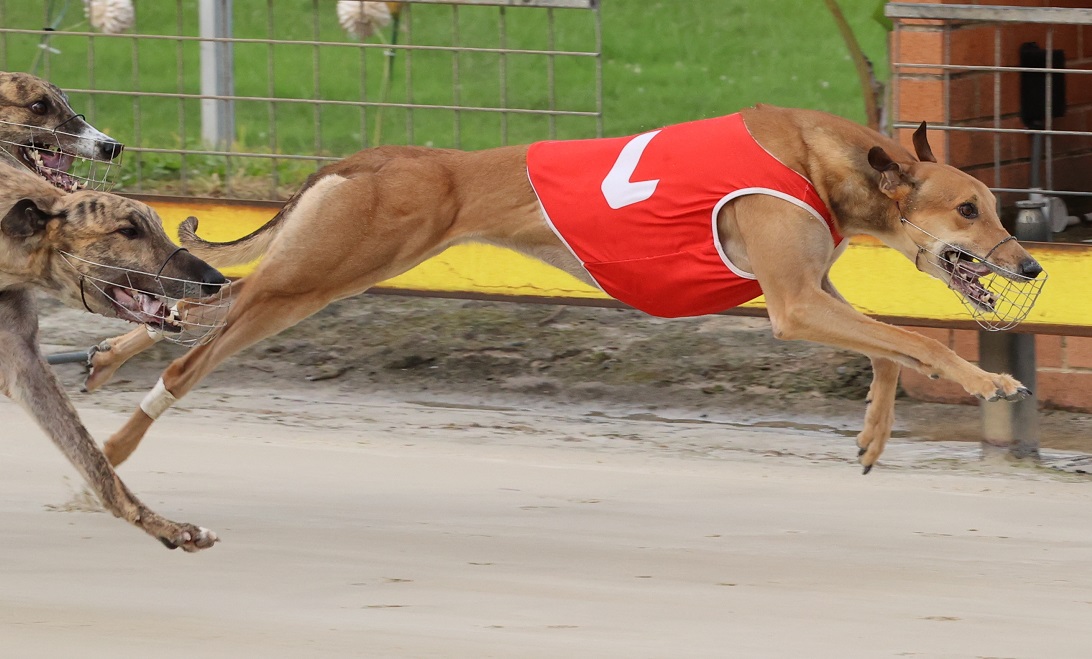 BRANDY Hill trainer Mark Davidson believes Mickey Doo has come back from injury two to three-tenths of a second quicker.

But he’s not sure that’s enough for him to beat what almost amounts to a Bulli Gold Cup field in a top grade at Bulli on Tuesday over 472 metres.

Mickey Doo (Aston Dee Bee-Sally Doo) comes into the race off a career record of 11 wins from 17 starts and in two outings since his comeback he has won at Maitland and Bulli over 400m.

On Tuesday afternoon he will come out of box five against superstar Wow but the race also includes top sprinters Five Second Rule, Insane Fury, Tap Out Lucy, Zipping Lopez and Tap Out Sniper.

“Of course he has to meet a field like this sooner or later,” said Mark.

“And, there is no doubt the Cup heats on Sunday will be just as tough.”

Mickey Doo, a finalist in the Group 1 Vic Peters, suffered a hairline fracture of a hock in October last year.

“The break has done him the world of good,” said Mark. “But, he is hit and miss at the boxes. He missed it at Bulli last start but still got up to win.

"Welcome back to the track big boy!"

Mickey Doo is back and back in a big way, running a PB and #BON time of 21.94 last night at Maitland… and winning by just over 10L.

“What he does is sit on the back of the boxes. We’ve tried everything to get him out of it.”

Davidson would be content for Mickey Doo to chase home superstar Wow on Tuesday.

“If he ran a great second to Wow, one of the best in the country, I’d be very happy with the run. He will be getting a little tired at the finish.

“His bad box manners were on show when he walked out in the final of the Vic Peters and he ran last, but at his next run at Wenty he won in 29.70. That’s him.”

Mickey Doo is raced by the Australian Bloodstock Syndicate headed by Luke Murrell and they have had just two dogs in the Davidson kennel for two Group finalists.

“The other is Let’s See who was placed in the Group 1 Association Cup and made a few group finals,” said Mark. “She has just whelped a litter of five dogs and four bitches to Fernando Bale.

“The boys are keeping four and the others will be for sale.”