Micks Recall To Trial Ahead of Zoom Top Tilt

QUEENSLAND'S Micks Recall trials at The Meadows on Monday in preparation for her tough assignment in Saturday's Group 1 Zoom Top (725m). 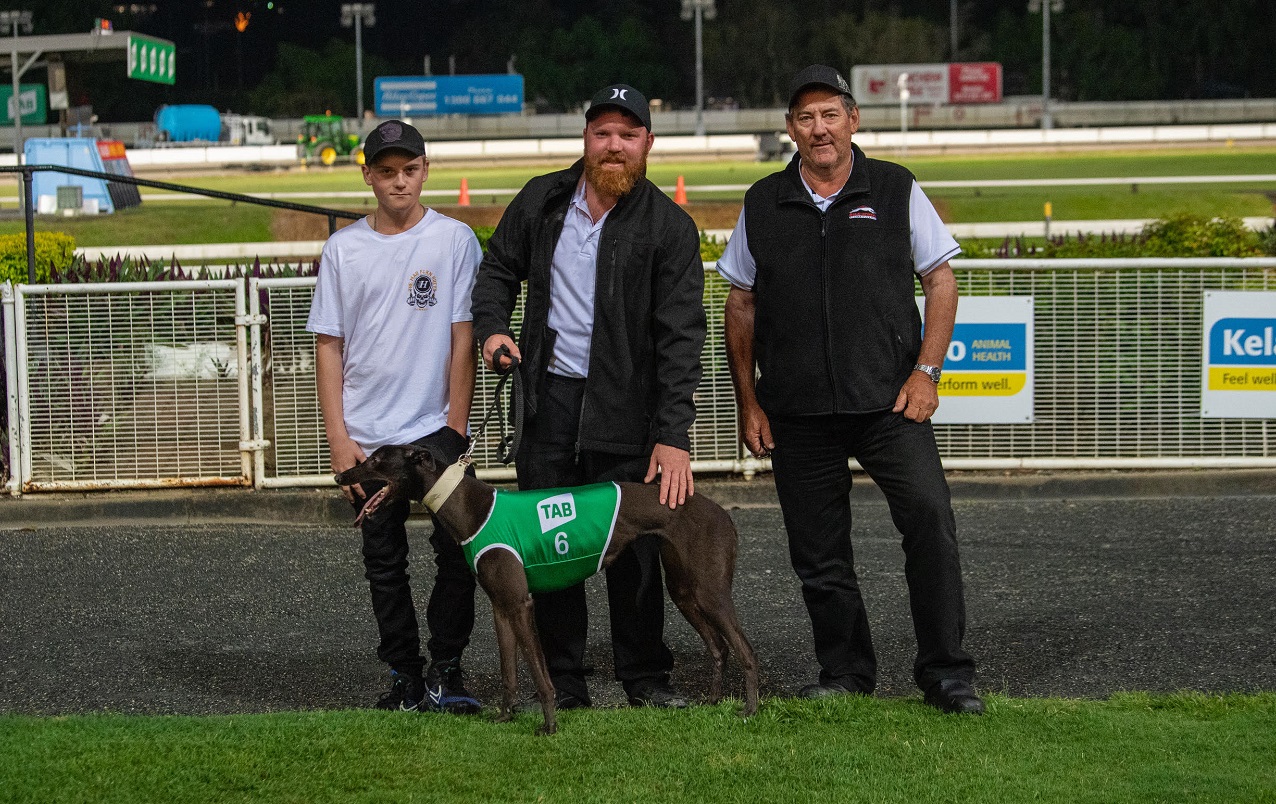 QUEENSLAND’S Micks Recall trials at The Meadows on Monday in preparation for her tough assignment in Saturday night’s Group 1 Zoom Top (725m).

But trainer Jamie Hosking believes his Dyna Double One-Pauls Memory bitch, coming off a third to We The People in the Group 3 Albion Park Gold Cup last Thursday night, rates a great chance despite drawing the five box.

“We sent her to Stephen Whyte on Saturday morning,” said Jamie. “Stephen is a great friend who stayed with us a couple of times in Darwin during the Cup carnival. And he won two of them in a row.

“We were glad to see the end of him. We can’t keep up that sort of celebrations,” he joked.

But Jamie and breeder-owner Phil Rae will fly to Victoria at the weekend for the Zoom Top experience.

“Brisbane to Melbourne return flights are $250, and Phil has got three night accommodation and has change out of $800,” said Jamie.

“Why wouldn’t we be there. It will be the first time at The Meadows for both of us. As I said to Phil, we have got to go to enjoy the whole experience.”

“There is not a lot of early pace in the Zoom Top,” said Jamie. “Quite a few are backmarkers so it might give us a good chance of getting up close to the lead.

“If Mepunga Ruby comes out and leads, it will be all over.”

She failed dismally during a trip to Perth in December when sent there for a run on the Cannington track in preparation for the upcoming Group 1 WA Galaxy in March.

“She’d been on season but we kept her in work,” said Jamie. “I sent her over to Steve Withers, but she went horrible. It was 10 weeks after she had come on season.

“We brought her straight home and went back to basics with her. A 520m and 600m trial were just fair, but she raced well through the Gold Cup series and improved a lot into the final.

Jamie and Phil Rae had even contemplated retiring Micks Recall and mating her when she came on season late last year but had just mated a litter sister at the time.

“We decided to keep her going and here she is in the Zoom Top,” said Jamie.

On Sunday at Albion Park, Hosking won on debut with littermates Repeat Dose and Train Station in 331m maidens.

“They are a repeat mating of Dyna Double One and Pauls Memory,” he said.

“People bag repeat matings but this pair are very promising and obviously bred to run distance.”